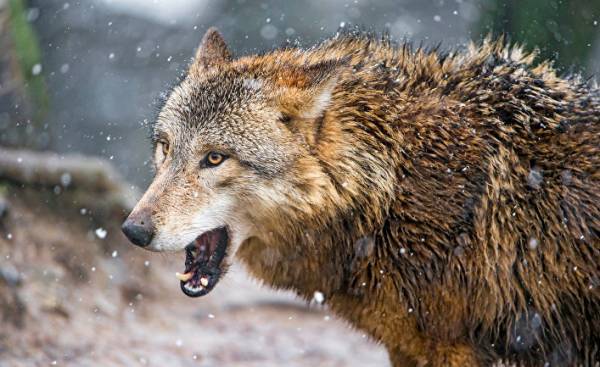 A bit of archaeology

“…Here in this place, on the territory of Russia, about 4,000 years ago teenagers were eating dogs or wolves to become soldiers,” according to the magazine ScienceNews (07 August, 2017) in the article on found in the South-Western part of Russia the remains of animals that, according to scientists, was eaten during the ceremonies of initiation in the bronze age.

It turns out that in those days the people of the so-called carcass culture (XVIII-XII century BC, according to other estimates — XVI-XII century BC) believed that children after the symbolic rite of eating the meat of sacrificial animals supposedly turn into dogs or wolves, and then get the right to become real soldiers, I believe archaeologists David Anthony (David Anthony) and Dorcas brown (Dorcas Brown) from Hartwick College (Hartwick College), new York.

This type of initiation is quite common with the myths recorded in later, written era, namely in the ancient texts written in Indo-European languages about two thousand years ago and discovered many of the peoples who lived in Eurasia, says ScienceNews.

In these myths, the correlation between the words “wolf” and “dog” on one side and the concepts of “militancy,” “war” and “death” on the other. That’s why, as the analysis of ancient texts, in ancient times young warriors tried to choose names with the root “dog” or “wolf”.

During excavations carried out from 1999 to 2001 near the village Krasnoselskoe in the Samara region were found the bones of dogs and wolves. Archaeologists have noticed an interesting feature: the result of microscopic analysis it was established that ritual animals are almost always sacrificed in the cold season. Thus, initiation was carried out in late autumn or winter, reports ScienceNews.

And one significant event from the world of archaeology. Collectors-lovers, brothers, Masatoshi and Yasuji Kera while walking near one of the reservoirs discovered the remains of birds, which later was recognized as the oldest fossil bird ever discovered in Japan, according to the Museum of nature and science. Perot (Perot Museum of Nature and Science) in Dallas, Texas.

Scientists from Hokkaido University have dated the find to the late Cretaceous period, the age of the bones is about 84-90 million years. This fossil birds, say scientists from the Museum Perrault, is representative of a long extinct group of sea birds with the unpronounceable name “gasparinisaura”, the remains of which, moreover, are rare in Asia, and in Japan such a unique and the most ancient instance of find first.

The study of such an unusual and long extinct order of birds, says Dr. Fiorillo (Fiorillo) from the Perot Museum, will help to deepen our understanding of different forms of life in the North Pacific ocean in those prehistoric times, when dinosaurs roamed.

Unusual property of the brain

It turned out that the sleeping brain is able to learn. However, this ability occurs during REM sleep, which is characterized by increased brain activity and is suppressed during slow wave sleep, according to The Scientist (08 August, 2017). 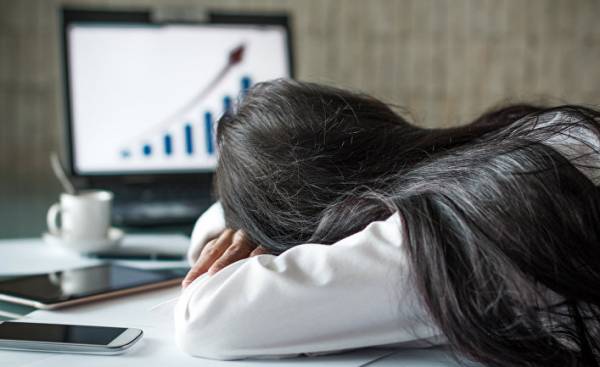 © Fotolia, sakkmesterkeСон in the workplace

To better explore the human ability to learn during sleep, a team of researchers under the leadership of Tom Drillien (Thomas Andrillon) from ekole Perpendicular superier de Paris (Ecole Normale Supérieure de Paris) was observed in 20 volunteers. Then, the scientists lost to the participants of the experiment different sequences of sounds, namely: during wakefulness and different stages of sleep (during REM sleep and deep sleep), and in the morning checked the ability of these volunteers to identify sounds. And so, based on these data, scientists concluded that the sleeper may remember new information, however, as already mentioned, during REM sleep.

According to Adellina, the results of the experiment will help to understand with two hypotheses about the relationship between the functioning of memory and sleep. The first is that sleep actively contributes to memory. According to the second, sleep helps to maintain the homeostasis of the organism. And, of course, a study conducted by a group of Adellina will be useful in such applied fields as the management of sleep — no more, no less, according to The Scientist.

Scientists from Ohio state University have developed a new technology called “nontransverse tissues” (TNT), which can be used to generate any kind of cell in a living organism, according to Medical center of the Wexner at the Ohio state University — incidentally, one of the best USA (07 August, 2017). TNT-the technology can be successfully used to repair damaged or aging tissues of the human body, e.g. internal organs, blood vessels and even what absolutely fabulous — nerve cells!

With the help of TNT-technologies based on the use of nanochips in the near future will be able to make a full or partial replacement of damaged human organs, says Dr. Chandan sen (Chandan Sen) from the Center of regenerative medicine and cell therapy Ohio.

Scientists have tested the technique of TNT in mice and pigs. In the course of experiments managed, so to speak, to “reprogram” skin cells of these mammals and to receive from them the cells of blood vessels. Scientists went further and imagine, they even managed to replace the vessels located on a severely damaged lower limbs of animals. Two weeks later these limbs began to move normally, claims for Medical center of the Wexner.

But that’s not all: the experiments were made possible with the help of TNT-technology to reprogram skin cells of experimental animals, turning them into nerve cells and then inject them into the brains of mice suffering from stroke.

An interesting feature of the TNT technology is that its implementation does not require any complex laboratory techniques. Besides, this procedure is non-invasive, which in plain language means: a scalpel not need to cut anything not necessary.

Medical center of the Wexner encouraged: researchers plan to start clinical trials of the method of nanotransport tissue, or TNT, in the next year. Well, wait!