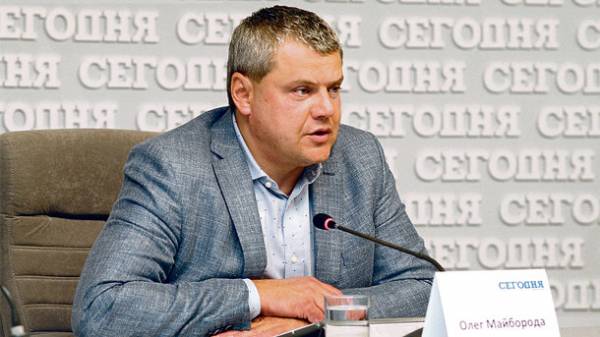 – Oleg G., tell, what now lives housing market? If he came out of the crisis or entering a new? And the trends and which are fading?

– Our company operates mainly in the market of Kiev. In the capital, the situation today has improved, the market has stabilized. Now the market has about hundreds of construction companies, there is a huge number of residential complexes. But large-scale quarterly objects to build a dozen, not more, and only the big developers. The rest of point objects, which build introduced the new players – someone came from the periphery, someone shifted from other businesses. They usually build 1-2 objects, and do not have a major impact. The result was a healthy competition, formed normal market prices and the relationship, and the buyer is from what to choose.

On the other hand, remains a strong market dependence on the country’s economy and income levels. Since the program stopped, and the budget there is practically no funding, major investors and industry are still individuals that invest in housing construction. And, may I say, from consumer activity on the future of the industry. Especially for small developers with weak financial and operational resource, which depend on the investor’s funds are much stronger than the big players in the market. Therefore, in the future, only to stabilize economic and political situation in the country will help fuel the industry.

Main trends on the market was formed three years ago. People often prefer small squares, not daring to invest in all available means. The demand for mortgages is low, but the situation loans there is a positive trend – during the year the banks and property developers was launched loan programs with very low interest on the initial period that gave the necessary impetus to lending. Of course, such a surge of buying activity in 2014, when the hryvnia has depreciated, and therefore heavily invested in real estate, most likely, will not. Then played the role of mistrust in the banking industry, and recently the situation is still somewhat leveled off. But real estate is still best investment, your investment in the currency will not depreciate and will only go up in price. And those who have postponed buying their own homes in the capital because of insecurity – now is the time to think about it.

Many realtors say about the lull, associated with the low purchasing power of population and glut of the market and predict a fall in real estate prices to fall. Is it really so?

– If there is a slight lull, it is only because of the summer season. The cost per square meter in the capital is almost at a minimum. Developers actively compete for clients – organize events, run interesting programs, offer more favorable terms and “chips”, which have no competitors. But the market just will not freeze. Moreover, this year in Kiev expected delivery of a record number of areas. From experts the figure sounds about 3 million square meters of housing put into operation many of the projects started in 2013 – 2014.

As for the oversaturation of the market, it is not so. According to statistics, the capital is home to almost 3 million people, and today one of the officially registered resident of Kiev, have only 22 square meters of housing. In fact, the figure is much lower because the number of inhabitants in the capital is constantly growing. At the same time, in developed cities of Europe and the United States, one person has from 40 to 80 sq. m. Therefore, the Kyiv housing stock will grow at least another half to match world standards. And time to reach the target of at least 40 square meters per person, the pace, in what is now being built housing, you will need at least 10-15 years.

– Now there is the expansion of a variety of residential complexes in the suburbs of Kiev, which offer housing at prices lower than in the capital. Does the cost of housing in the suburbs the conditions required for comfortable family living? And how not to be in a situation when “the avaricious pays twice”?

– Where to live – each. And it is more a question of comfort. Because if you only choose because of the price, the life in the satellite towns immediately becomes a compromise. Yes, the majority of housing in the suburbs is offered at a very attractive price. But we should not forget that the building materials are everywhere the same. By purchasing a cheaper square meters, there is a risk to housing of lower quality. And the prices in the suburbs and the capital is not much different – if the average cost of housing in the suburb is about 12 thousand sq. m., some complexes of the “Ukrbud” cost per sq. m less than 15 thousand UAH. Also pay attention to the condition of housing in the delivery of houses in operation – how many will have to invest in the repair. There is a problem with the development of utilities, infrastructure. Keep in mind the cost of petrol or public transport, the need to carry a child to kindergarten or school in another city, hospital, leisure and everything else is a big waste, if you are closely tied to the Metropolitan environment. Therefore, life in satellite town or in the suburbs can come only to people who are not dependent on Kiev, neither the work plan nor in terms of infrastructure. Otherwise, it will be the same situation in which the avaricious pays twice.

– Anyway, the competition on the Kyiv market is quite high. How do you compete for customers? Can you offer something that no other developers? What to expect potential buyers in the next 5, 10 years and how it will affect their quality of life?

– Today, the principle of “we build it – they will buy” no longer works. With the stabilization of the market people began to more responsibly approach the choice of housing. For example, the idea of selling a minimum of space under the guise of “smart apartments” has failed. Experience has shown that people are not willing to sacrifice comfort, especially if the price is less attractive than other offerings on the market, and the product has no competitive advantages. Still, the key factor is price, location and reliability of the developer. But given the wide range, the product should be more profitable to stand out in the market.

Now the Corporation “ukrbud” building in Kiev, 28 residential properties and is considered to be the market leader. And when you become a leader, begin to compete with yourself. At the beginning of this year, we are seriously thinking about how to make our housing more attractive to tenants and their living space more comfortable. 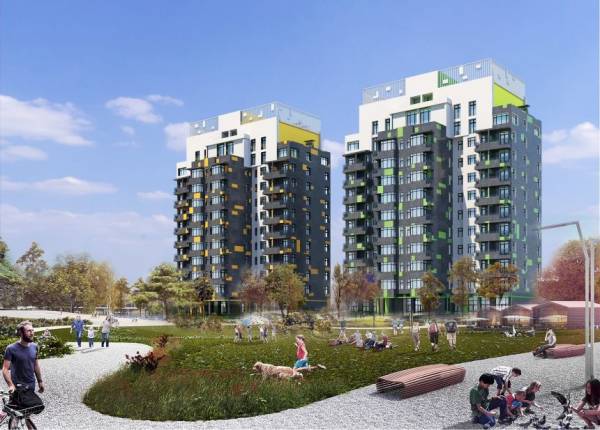 LCD “Cyril guy” – one of the projects of the “ukrbud”

In the end, we have developed and already implemented a number of innovative programs for the construction and commissioning of complexes, and began to strengthen control of quality of materials and construction processes. We are probably the only among home builders conducted a public opinion poll among the residents of our homes to understand what they want – from services to management companies and to how look at home.

As a result, we changed the approach to creating the external appearance of buildings. Now their facades is not only functional and energy efficient, they will look much more attractive, to meet the modern trends, interestingly different from that of development. Now we are restyling of facades more than 10 LCD. Several new projects are planning to use more creative architectural forms. Hired famous designers to design entrances in the stairwells, hallways and corridors. We first introduced the practice in newly constructed homes sample floor – the buyer initially saw how it will look in his home, hallway, apartment inside, and many developers have already adopted our idea, we can say we have set a trend in sales (smiles).

A separate program devoted to the issue of safety of residents. Now the units are installed electronic control systems that prevent unauthorized access of people or vehicles. These systems are adjustable, with master and guest maps and ability to customize access down to the specific Elevator or floor.

One of their main achievements is consider a modified approach to the landscaping of the surrounding area. If the majority are doing simply “to be beautiful”, it is important for us aesthetics, and comfort. We have attracted a team of urbanists, are studying the interaction of people in an urban environment and take that base. As a result, the approach to landscaping we have a more meaningful, and the objects of the local infrastructure more popular. In addition, we go beyond the courts of the LCD and cooperate with the city in the reconstruction of urban infrastructure near our houses. An example of our work – created embankment on Nikolskaya Slobodka, which we created at his own expense specifically for the Eurovision song contest, and now working on two similar projects. 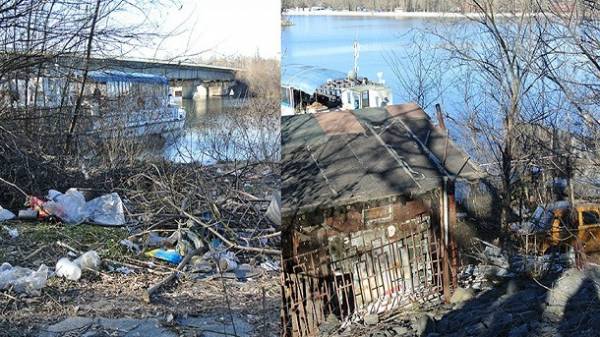 The waterfront – which was 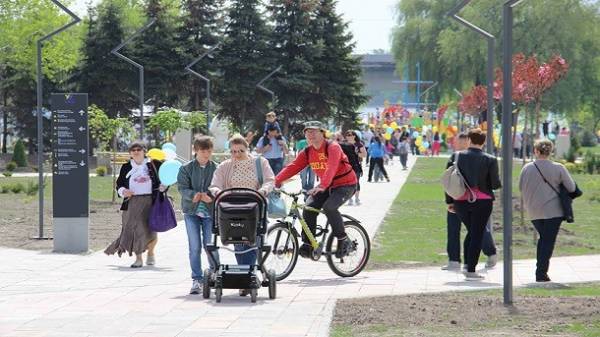 And this is all the perspective of the nearest future. So after a year or two you will see a completely different, updated “ukrbud”, which is building not just square footage but also lifestyle, it creates comfort. It is now important for us not only business, but also emotions of our customers that a person proud to live in this house, feel as comfortable as possible, proudly invited guests. If we will achieve this goal, then did everything right.