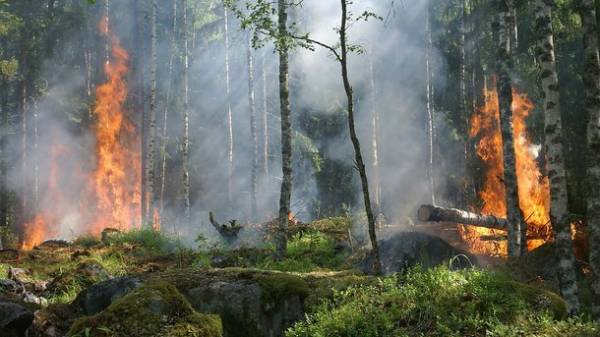 On the weekends in many regions of Ukraine will remain extreme fire danger, warns the State service for emergency situations.

Rescuers urge citizens to comply with fire safety regulations during stay in forests, parks, open areas, and not to provoke the occurrence of fires in ecosystems.

We will remind, according to weather forecasters, today in Ukraine +30+35 degrees, in the southern part, in the East and in the Dnipropetrovsk region to +32 +37 degrees. In the Crimea and sea of Azov resist the gusts of the East wind up to 15-20 m/sec. In Kiev – the sun and the heat, +30+32 degrees.