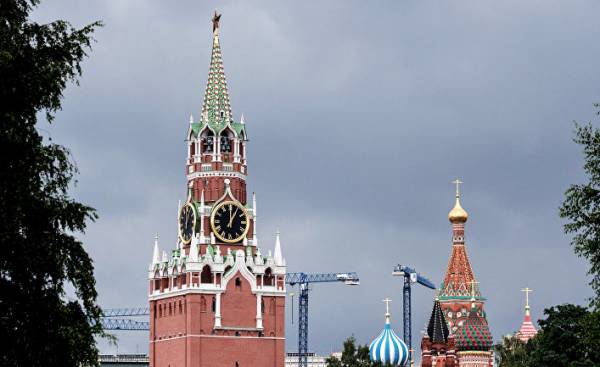 Apart from a fairly serious sectoral sanctions in the financial and energy sectors, which will hit and so the stagnating Russian economy, the new sanctions is a requirement of the financial intelligence of the U.S. for 180 days to collect the information about all the assets of the Russian elite. Here it deals a crushing blow to the very core of the Putin regime.

Virtually the entire Russian political elite declared a criminal organization. Immediately there is an analogy with the Nuremberg process, in which the Soviet Prosecutor has formulated the “criminals that took over the government and turn the state itself into an instrument of their crimes.” It is actually stated in the US law about the Russian political elite.

With the adoption of the law passed a few days, a lot of things from Moscow sounded, but no word on the topic of personal sanctions. And he is the most offensive to the Russian elite. They are honest and noble people, and then they suddenly declared criminals. First of all they need to resent this. And no, not a word is said. And generally the first reaction of Putin was even more conciliatory, we will not be drawn into an escalation, exchanges of blows. Pathetic confiscation of houses and cellars they gave strong reaction to this law. Although it is likely a reaction to Obama’s sanctions, adopted in December.

Secondly, this is again a falsification. Of these 755 alleged diplomatic staff of the United States, 90% is Russian attendants: drivers, janitors, cooks. And here is the deafening silence of the Russian establishment, on sanctions that relate to them personally, it is very revealing. This is a terrible blow for them. Well it’s not just the loss of a lot of money and assets, the change is just a way of life. They’ll no longer imagine myself without Western medicine, without educating their children in Western universities, without enormous apartments, the palaces on the best resorts in the world. They used to consume at the top level of the Western bourgeoisie. And now they lose. This state of shock and confusion that now reigns in Moscow, and of course asking themselves while the silent question — why do we need all this? Not better for us with the West something to negotiate and establish a normal way of life. Maybe the whole thing in one man, his adventures have put their lives into question. These are the sentiments now prevail in Moscow, and how they will develop — to predict very difficult.

On the one hand could be the pursuit of a hybrid of surrender, to negotiate with the West that the West may perceive it as a surrender. Private people can sell as a victory of rising from its knees Russia. Well, this diagram was prepared last fall in the informal meetings of Russian experts in Washington with Clinton people. Message hybrid surrender about this: Yes, we leave the Donbass, but Crimea is ours. Of course, you do not formally acknowledge, but turn a blind eye.

I do not think that today the West faces Pence and Walker, as they are now voicing the real policy of Washington, will be ready for such a hybrid of surrender. Then the Kremlin may take a hybrid escalation: sharply raise military rates or in the Donbass, or in Belarus during the exercises, intimidating the West screaming “I’m epileptic, hold me, I have nuclear weapons”. To intimidate in order to force the West to end conflict, which would be more or less acceptable for Moscow.

Here is a wool and should be expected in the next two months. They decide very much in world history. The only thing clear on the mood of the American political establishment that their behavior will be very hard. Putin that this bold attempt to put in the White house the person is either compromised or brainwashed to make a big deal of Yalta, outrage and cause a very severe reaction.