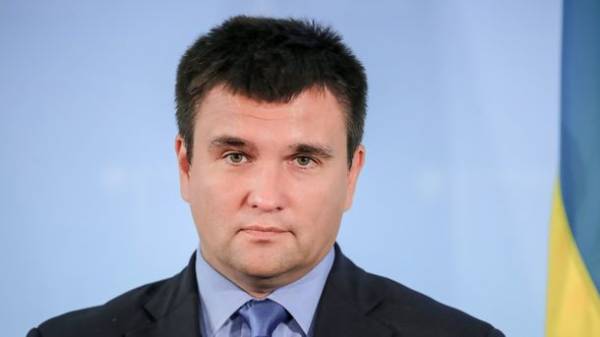 The Minister of foreign Affairs of Ukraine Pavlo Klimkin in his microblog on Twitter commented on the allegations by the ex-President of Georgia, former head of the Odessa regional state administration of Mikheil Saakashvili.

On the eve of Saakashvili wrote on his page on Facebook: “Klimkin, instead of having to work all day ringing all the countries where I went or going to go with the claims. By the way, Pavlo Klimkin ethnically not Ukrainian, but Russian, born in Russia, as I understand it, has citizenship there and speak in Ukrainian is worse than me.”

Klimkin, in turn, made it clear that he was and will remain a Ukrainian citizen.

“Unlike some, I don’t collect passports and not spread lies. My homeland was, is and will be Ukraine. And leave her not going. Under any circumstances,” wrote the Minister.

The ex-President of Georgia visited Poland and Lithuania. As reported in the state border service, while attempting to cross the Ukrainian border, Saakashvili seized the passport of the citizen of Ukraine, and he will be missed on the territory of the country.

In Georgia, Saakashvili is accused in several criminal cases. At home he faces up to 11 years of imprisonment.