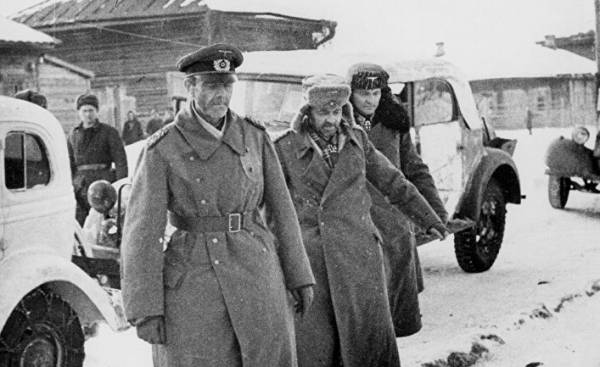 The confidence to win — a dangerous thing, because it dulls the feeling of risk. In Midsummer of 1942, any officer of the German General staff in view of the situation in the South of the Soviet Union should be understood that for the Wehrmacht there was brewing a huge problem.

The tanks of the Group of troops In for the past few weeks, it would seem, irresistibly forward. However, the Red army was partially provided fierce resistance, which, in the first place, faced the 6th Panzer army of General Friedrich Paulus (Friedrich Paulus). At the end of July his forces had to halt the advance because of lack of fuel and ammunition.

However, the Supreme commander obviously blinded by the success in the implementation of the “Plan Blau”, 23 July 1942 elaborated on the relatively “vague” orders. Now a Group of troops In, where the key element was the 6th army of Paulus, was tasked “to break through to Stalingrad and going there to break the enemy’s grouping of forces, capture the city and block the way between the Don and Volga, and the river itself”. That is to capture, not just “off the game” — from a tactical point of view, it was a completely different task.

The command of the army Group and subordinate to the 6th army understood that to accomplish this task, it was not enough. General Paulus directly told Hitler adjutant, major Gerhard Engel (Gerhard Engel), when he was in the end of July came on to the front.

Influential despite its relatively low rank, the officer wrote in his notebook that although “written all over it cautious optimism”, it has also been argued that “power compared to the scale of the tasks is too small”. So, they can “no longer deal” with serious loads, for example, in the case of a counter-offensive.

The same was announced by the head of staff of 6 th army, major-General Arthur Schmidt (Arthur Schmidt) his leadership of the command of the army Group: “the battle for Stalingrad we don’t have enough infantry.”

But Hitler and the General staff chief Franz Halder (Franz Halder) insisted on continuing the offensive. To deprive the Red army the opportunity to retreat and regroup, the 6th army was ordered to move on, even with inadequate equipment and not entirely made up for the loss.

Thus, the 6th army on the morning of August 6, 1942 went on the offensive. Two tank corps (about 350 tanks) at the same time made it from the North and South to the port of Kalach-na-Donu. In 18 hours they have closed the grip exactly at the appointed place, on the heights above the West Bank of the don, located directly opposite on the other side of the roll.

Thus, the boiler has got two major enterprises of the Soviet troops of the 1st tank army and the 62nd army. Technically it was two divisions and eight tank brigades, which corresponded to about 150 thousand soldiers.

In fact, however, the boiler were only about 80 thousand soldiers, of which 57 thousand later surrendered. The rest either died or were able in small groups to get out of the “rut” or hid. The command of the Wehrmacht reported to the higher authorities of Germany, in particular, the Minister of propaganda Joseph Goebbels on the “destruction or capture of 1,000 tanks and 75 guns” of the red army.

The road to Stalingrad, which the Germans rightly considered a strategically important center, seemed open to the Kalach was only 85 kilometers.

At the same time, however, it was clear that the delay from the end of July in length as much as 12 days will have consequences: the red army in that time managed to strengthen its position in Stalingrad and on the approaches to it.

In addition, the city was located at an acute angle between the front line, which runs along the don river to the North, and the relatively low hills that were relatively easy to defend in the South. Even if the Wehrmacht was able to relatively quickly capture Stalingrad, the area around the edges of the city would remain under enemy control. And it would be a classic background for the battle where the German forces were almost completely surrounded.

Paulus, being a very competent, albeit more “armchair” than a military General, marching at the head of his soldiers, all knew it. This is evidenced by his orders for the next attack of 16 August 1942, in which, in particular, warned: “the Russians will be hard to protect the surroundings of Stalingrad. They have significantly enhanced the heights on the East Bank of the don, in-depth and to the West from Stalingrad.”

The commander of the 6th army would also have expected the Red army would come around and to the North of the city brigade, ready to counterattack. So his troops were instructed to be ready “to resist on the front and a powerful counter-offensive on the Northern flank”.

In view of all these clear signals Friedrich Paulus would have to abandon the sharp throw to the city. It is understood and his staff officers and unit commanders. To them was addressed the last sentence of his order: “it is Possible that due to the devastating shocks of recent weeks are not Russian enough strength for a decisive resistance.”

Under the “crushing blows” meant, of course, the boiler at Kalach. But that was referring to Paulus, saying that, “perhaps,” the red army is not strong enough for the resistance? If he guessed that about 300 thousand of his soldiers, advancing on Stalingrad, became, perhaps, the largest group of forces in the world’s history of wars, going to certain destruction? The way they ended on the 2nd of February 1943. 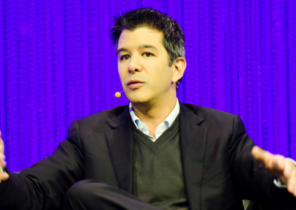