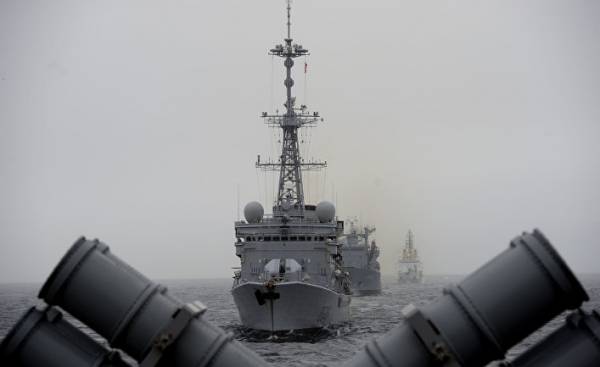 In a troubled world Scandinavia was a region of the world. But the stupid decisions our leaders quickly that can change, and so will be concerned about Russia.

July 31, 201, the source of Strategic Culture published a report on the situation in the Scandinavian countries, which suggests that “peaceful state” Norway may not be so peaceful.

There is, in particular, referred to the base in the Head (Ørland), transformed into Norway’s largest, which will accommodate up to 56 F-35 aircraft of American manufacture. Not to say that these aircraft are primarily defensive weapons. On approval of Strategic Culture, they can be used for raids with nuclear weapons onboard over Russian territory.

Author Alex Hill (Alex Gorka) says that the Norwegian pilots who will fly the F-35 will constitute a violation of the non-proliferation Treaty of 1968.

The slide also mentions a base in Varese (Værnes), sheltered 330 us Marines. In may database is organized which is held every two years NATO military exercises “Exercise Arctic Challenge 2017”, in which participated 100 aircraft from 12 countries. For the first time this training event was attended by U.S. strategic bomber (B-52H).

In June 2017, the Norwegian government announced that it intends to extend the stay of American Marines for another year. Strategic Culture writes that it goes against the traditional Norwegian policy that prohibits the deployment of foreign military bases in peacetime.

In the same month, USA, UK and Norway agreed to establish a tripartite coalition with the use of multi-purpose naval aircraft P-8, which provides for joint operations in the North Atlantic close to the base of the Russian Northern fleet.

Sweden and Finland also became more actively support the military policy of the United States, Sweden, the United States imported aircraft and vessels of heavy weapons that will take part in major military exercises Aurora 17, something completely new in the history of Sweden.

Norway will take part in the NATO system of ballistic missile defense (BMD), using your radar Globus II/III on the island Wardaya (Vardøya) near the Russian border just a few kilometers from the base of strategic submarines, as well as five class frigates “Fridtjof Nansen”, equipped with Aegis systems. The construction of the radar is in full swing. Radar from the island Wardaya able to distinguish real warheads from dummies. Another radar on Svalbard (the Arctic) could also be used by the us military for missile defense.

Journalist and writer Board Wormdal (Bård Wormdal) very in detail described it in his books and on the website steigan.no.

Against the background of such developments is the tightening of U.S. sanctions against Russia. Not to say that Norway unconditionally agree with the new decision on sanctions, but she is a supporter of restrictive measures. Christian Tybring-Yedda (Christian Tybring-Gjedde) recently spoke on this issue against his own government and called for the lifting of sanctions.

He said that Norway needs to make clear to the Russians that our interests in this case do not coincide with American.

This initiative was made to respond to the VG, and the paper in its editorial criticized the policy of the “Party of progress” censure.

The author of the editorial in VG compared the sanctions against the nuclear powers of Russia with the upbringing of children and urged to show “strength”.

“Everybody who had to raise children, knows how difficult it is to confront the protests. But if you’re going on about, the joy does not last long. Because the requirements tend to emerge with new strength. Of course, international sanctions — is another matter. But in order to means of influence played a role, it is necessary to show firmness and at this level,” he wrote.

Norwegian military policies combined with sanctions against Russia unlikely to be perceived by the Russians as an invitation to improve relations between neighbors. Many, such as journalist Michael Tracy (Michael Tracey), fear that we are moving towards a new cold war.

But others, such as John Pilger (John Pilger), recall that the policy of confrontation with Russia may lead not only to the cold war, but also to military conflict, which in practice may mean the use of nuclear weapons.