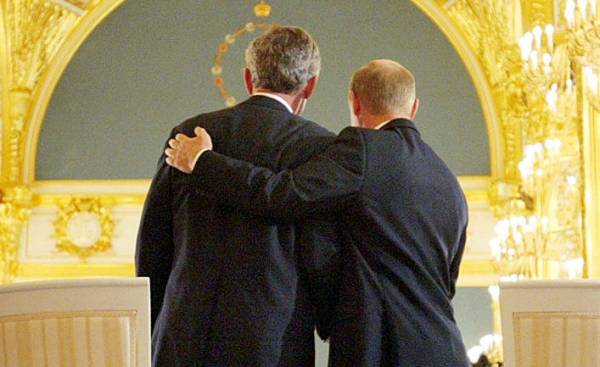 The continuing discord between the US and Russia is due not only to the recent hype about the Russian intervention in the American presidential campaign, but a much deeper historical and strategic reasons.

In the history of international relations, summer 2017 will be remembered as a new stage of further cooling of relations between the US and Russia. After the us Congress overwhelmingly passed new sanctions against Moscow, the Russian leader had no choice but to respond, demanding the expulsion of more than 700 American diplomats and consular officers to bring them in line with the state representation of Russia in USA (455 people).

Judging by the program of the candidate of trump, you would have thought that his victory in November of 2016 will be the impetus for a rapid reconciliation between Moscow and Washington. Nothing like this has happened. The mutual distrust the two countries stronger than ever in all areas, with the exception of Syria, where American and Russian military cooperate in the common fight against the “Islamic state” (banned in Russia as a terrorist organization — approx.ed.).

This attack fever there are two conjunctural reasons. The first is the Russian intervention in the US presidential election. Because of the hatred of the Kremlin to Hillary Clinton, Russian security services went very far in spying on the Democratic party, compromised the accounts of former Secretary of state and the head of her staff, and then laying out in a network the compromising letters. Of course, this spying involved all the world’s intelligence agencies (starting with the CIA) but Russia has forgotten that although it allowed everything to get done!

The second conjunctural reason is the acute desire to take revenge on the “liberal” American political elite and the media, who publicly stated inability election for the presidency of such a character as Donald trump. Instead of looking at themselves, the media and the Democratic party prefer to dream of impeachment based on alleged collusion with a foreign power. Trump — Kremlin spy? This is too much. However, let the Republicans in Congress are not ready to depose the President, who still retains great popularity among their electorate, they are afraid to pass for friends of the Kremlin. Russophobia has much deeper roots in the Republican than the Democratic party. In 2012, she was one of the main themes of the candidate MITT Romney (Mitt Romney), who confronted Barack Obama with an offer to restart relations with Moscow. Today a new us law (it was supported by 98 senators out of 100!) requires the President to approve through Congress sanctions against Russia. In other words, we will not see the settlement of the Ukrainian issue transaction type “the lifting of sanctions in exchange for the withdrawal of Russian forces from Donbass”.

Whatever it was, under the scale of American domestic policy are hidden much deeper explanation of the continuing discord between the US and Russia.

First, Russia psychologically did not accept the end of strategic parity with the United States that emerged at the Tehran conference (November 1943), and was completed in December 1991 with the collapse of the Soviet Union. President Bush senior (1989-1993) understand that, to RUB salt into the wound is not: at the meeting in Madrid of the conference on the Israeli-Palestinian conflict (October 1991), he gave the Moscow delegation the same status as that of Washington. But President Clinton (1993-2001) treated Russia as a second-rate country, which caused Moscow’s elite a sense of deep humiliation.

Second, Russia seeks to use against the former Soviet republics of the doctrine of the “zone of influence”, which was once used in the United States against Latin American States. Russia accepted the independence of Ukraine and Belarus in 1991, but is not believed to have been a stranger in Kiev and Minsk. Americans also believe that independence means unlimited sovereignty, in their opinion, Ukraine can do whatever it wants, including to enter into a military Alliance such as NATO (which was formed in 1949 to counter Soviet expansionism). Arriving at the invitation to the NATO conference in Bucharest in April 2008, Vladimir Putin hinted that Ukraine is not a state in the same way that France or Poland.

Third, the former two superpowers during the cold war resemble each other only superficially. They have very different political systems and, therefore, can not understand each other. Russia — classic autocratic regime.

The Kremlin thought that the meeting of the two presidents will give a new impetus to the relations between Washington and Moscow. In fact, this is impossible because the system of checks and balances of the US President has much less room to maneuver than his Russian colleagues.

Thus, the discord between the US and Russia established the long haul. And it’s not the best news for us French, as the situation did not play into our hands…