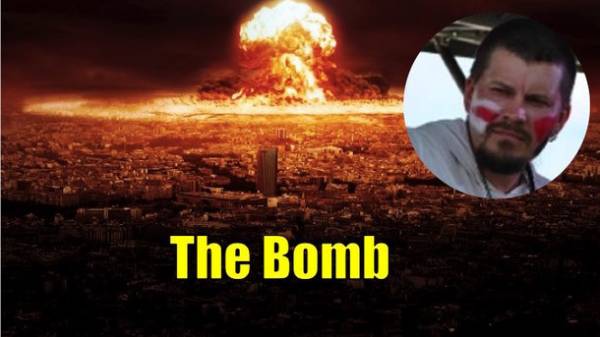 Filmmakers call to ban nuclear weapons. In cinemas around the world, for the world day of struggle for prohibition of nuclear weapons broadcast the shocking film “the Bomb” (“The Bomb”). Polish musician Artur Prosowski spoke about the technical and the psychological effects of the film.

To remind the world about the possible terrible irreparable consequences and make people feel something they’ll never forget, for the world has launched a rental panoramic (360-degree) film “Bomb” (“The Bomb”).The filmmakers hope that the effect of the shock of watching the film will inspire the audience to speak about the existential threat of nuclear weapons.

“Bomb” is not a conventional documentary, so don’t expect voice-overs or the experts will have something to tell or show charts. The film appeals to the heart, not the head. Approximately 30% of the movie is new footage from declassified archives that the public has never seen,” – shared his impressions of the Polish musician Artur Prosowski.

The documentary “Bomb” debuted in April 2016 at the Tribeca film festival as an immersive experience with 30-foot screens and live music. The effect of 360-degree panoramas – the viewer is in the midst of shocking events, electronic music loud, causing vibrations, vortices and sound signals – all this creates a special atmosphere of horror.

This unique film – and the idea and technique is able to evaluate in Berlin, Germany and Glastonbury, England. It went into wide release and was broadcast on eight huge screens.

“You know, there is a category movies-by-night, and there are timeless movies. So, this is for many years. It’s heavy on perception – the creators have achieved to reach the human instinct of self-preservation, – said Arthur Prosowski. – People can have different experiences from watching the film, but everyone who saw him, begins to understand the devastating effects of nuclear weapons . It’s like the kid who fries ants with a magnifying glass to see what happens.”

“I watched the film surrounded by 30-foot screens on which are projected nuclear explosions, loud, pressing on the psyche of the music, the faces with grimaces of horror and grief. It is impressive and suggestive. Those who at least once looked, not to forget and not to confuse it with anything,” added Prosowski.

One of the producers of the film, Smitri Keshari, compared to the “Bomb” with the “shock therapy” designed to make people feel nuclear weapons.

Target audience – the younger generation that will inherit the world’s nuclear Arsenal. With his film the filmmakers try to convey the idea about the need to reduce nuclear stockpiles, and eventually – full destruction.

The movie ends with a statement of the authors: “a Nuclear war anywhere in the world affect everyone in the world, and those weapons pose a global threat. Lack of knowledge about nuclear weapons and about the consequences – further exacerbate the situation. Our silence is a form of quiet consent.”

August 1, 2017 on the Netflix channel came out “flat” version, edited for high-definition screen. However, the original version with its impressive effects are not lost its relevance and continues to travel the world. Perhaps in the near future it will be shown in the cinemas of Ukraine.

Note that .now in nine countries, has 15 000 nuclear warheads. The weapons the United States and Russia accounts for 90 % of the world’s nuclear Arsenal.