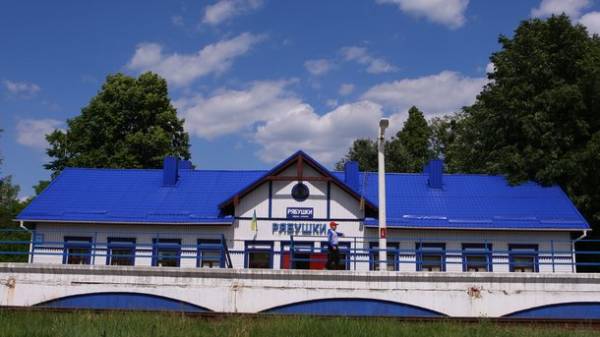 Always interesting to find places that are open to everyone — but remaining lost corners, which few people know. These include railway station “Ryabushky” in Sumy. During the day there is only four rail bus (two in one direction and the same back). They carry 5-6 passengers: in summer more in winter could anyone not be. We went there to see what it’s like to live in the lost world.

HISTORY. The station was built in 1894, and since then the building has been several times repaired. For example, recently the use of heating changed to electric. The name of the station comes from a wealthy Cossack by the name ryabushko: he came to live in this region with his family and soon acquired a farm. Before the station was large, with three lines, which are formed compositions. There was even a private swakopund. But in 1990-e years the station was reduced, leaving only one line and the alley. 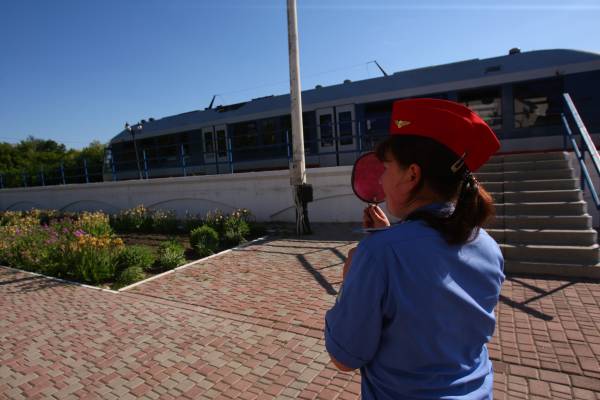 There is such a profession. To meet and see the trains 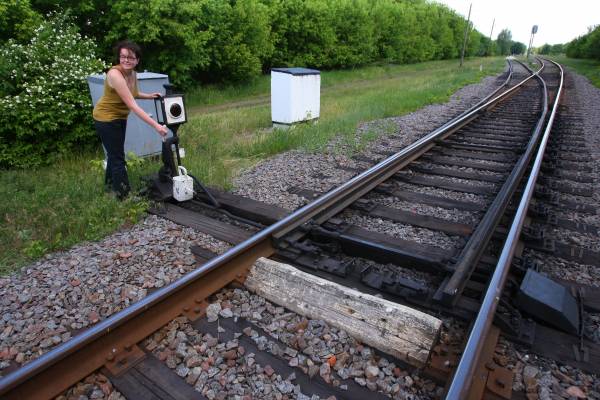 The transfer arrows. Usually this step is not required, but allowed me to try my hand

LOCALS. At the station, three apartments, at different times, there lived a family of railwaymen. Now an apartment occupies the family of the 37-year-old assistant station Tatiana, Kuhtenko. This is the apartment of her childhood: she used to live here with my mother, who also worked on duty, and now with her daughter, a graduate of and husband. Amenities on the street, the water brings in from the next room. Heating still heating: during the winter the “burn” of firewood for 3-4 thousand hryvnia. But the “communal” cheap: was 3 hryvnia, and now raised more than in 2 times — up to 7 hryvnia. 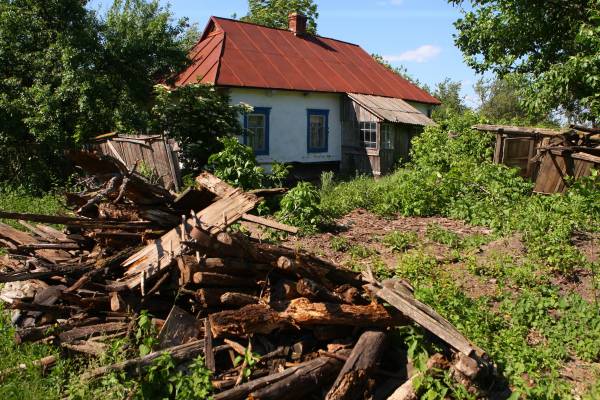 No one. On the farm written 9 people

Just 50 metres from the farm, which officially spelled out 9 people (in the summer, however, come to the cottagers). House, if you can find a whole or agree to invest in the repair of picturesque ruins, will cost 3-4 thousand UAH. Shop no: a couple of times a week comes autobench. But local people say that shopping is no problem: you can catch raked a bus and go shopping in the nearby Swan. And around the woods where there are mushrooms and berries — it would be a desire to collect. 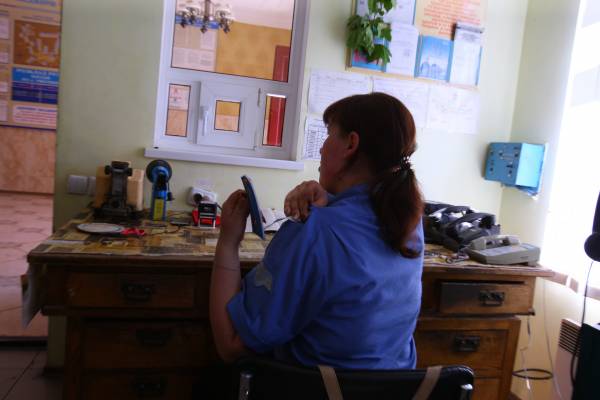 Duty. Works at an antique table 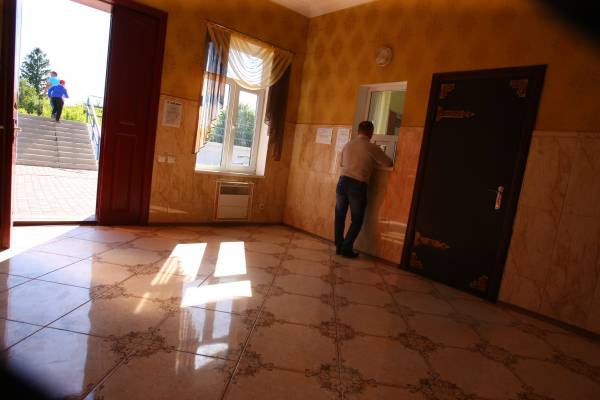 The waiting room. Recently made repairs 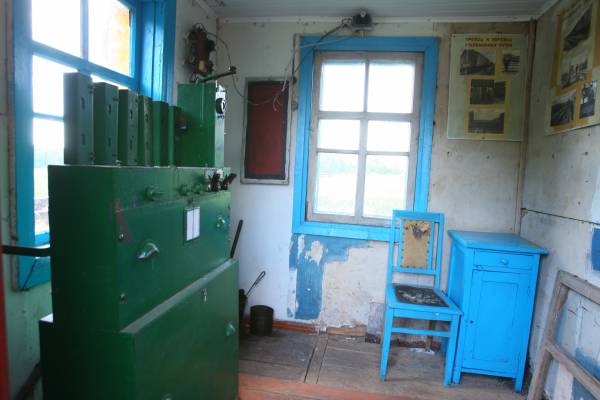 LIFE DUTY: THE DREAM OF THE RECLUSE

Watch here: “day/night — two days at home,” a dream gig for lovers of solitude. Duty to “meet and see” train, write tickets, clear snow in the winter and care for the flower beds in the summer. After each train — walk: 800 m to the pointer position, and to prepare the way for the next. “In the summer easier. And in winter, when snow belt, this whole ordeal!” — says Ruslan duty. Girls say, stay at night, not scary strangers there, guests may appreciate is that foxes and wild boars. 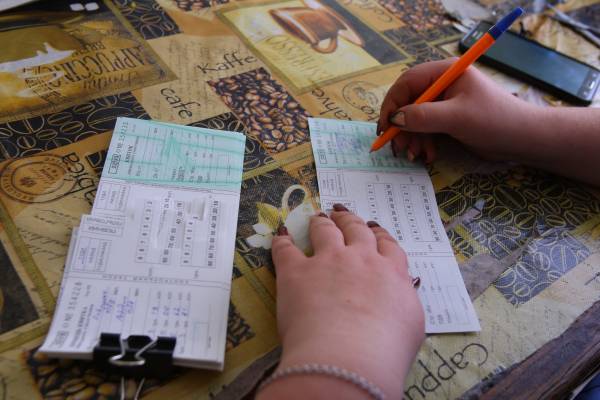 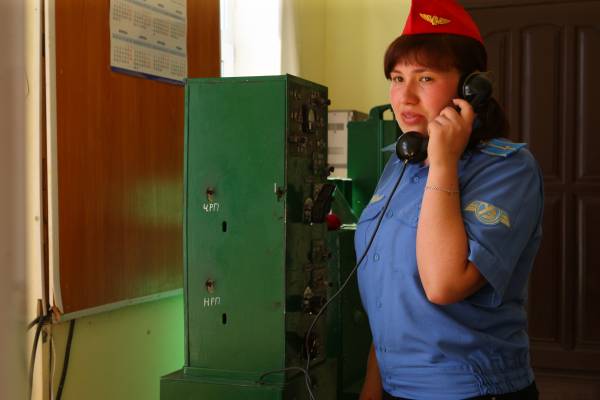 5 years ago, instead of the usual trains with multiple cars that had the function of commuter trains, then started to walk here are railcars, purchased in the EU . Local used to, but those who see them for the first time — shocked! There are comfortable seats and even a vacuum toilet. Hour on the road to the Sum (the ticket costs 7 UAH) flying as an exciting excursion: quiet bus rides, outside — the incredible beauty of the scenery. That we at home, like grandmothers with bags and buckets of berries, carefully covered with burdocks. But there are harsh rules: bikes allowed: it is necessary to disassemble and hide in cover. 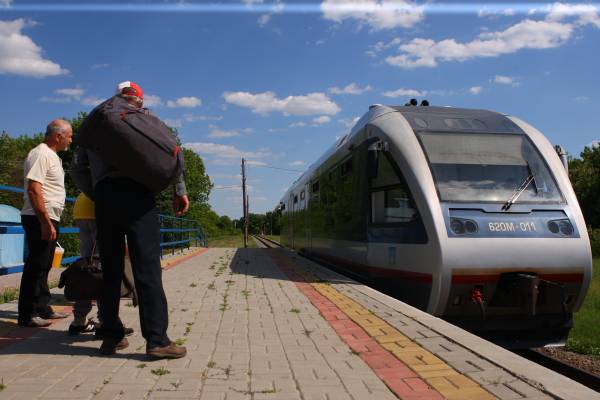 Arrival. The day is only four flights 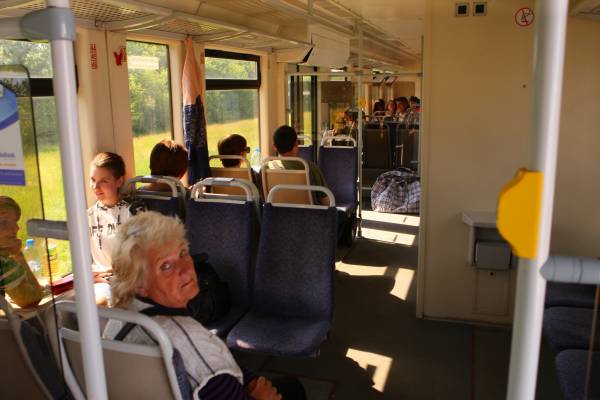 The interior decoration. Has everything for a comfortable trip

STATION OF CHERNOBYL: 15 YEARS OF SOLITUDE

Stations with a minimum of passengers in Ukraine lacks. However they live. There are working people, trains, flowers are planted, clean up the platform…

But in the Chernobyl zone time literally stopped. Many stations here have literally swallowed up by nature: the landscape here, like stills from a post-apocalyptic film. But people work here each morning from Slavutych leaves three atomic trains and a nonstop race to the exclusion zone, bringing workers who ensure smooth operation of the message “great land” Chernobyl. 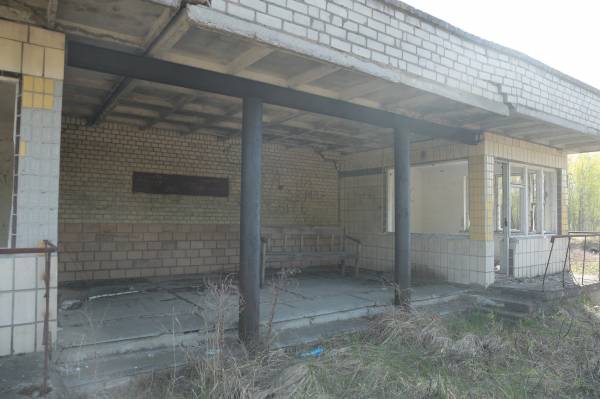 Previously worked station “Transfer,” then everything was planned so that trains did not leave the exclusion zone. She came to train with the staff of the nuclear power station, landed them on the platform, and from there they were taken by special train to Chernobyl, which took people to work. In the evening they were again taken to “Interchange”. This station has not operated for 15 years, and he used it mercilessly: the trees have sprouted through the concrete. Employees come here just to prune their branches and not allow them to break the lines. Blackened skeletons of abandoned trains in his time the vandals pilfered for scrap everything what could reach. 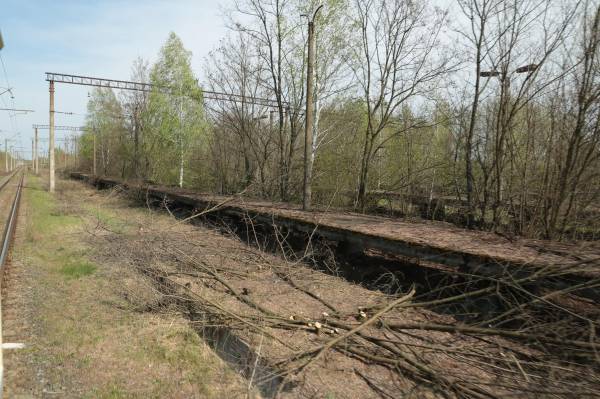 “A few days sawed, something knocked all the insides… Us form gave the second just for work in the area, but here people for the sake of scrap metal so the health risk!” — surprised is Michael.

Despite the fact that there are no people, no cars, the alarm system is working properly. Of course, the barrier does not fall, and no barriers at crossings. But the siren howling and lights flashing. And from the outside it looks scary: emptiness, silence and the warning signal that can only be heard by numerous forest animals. 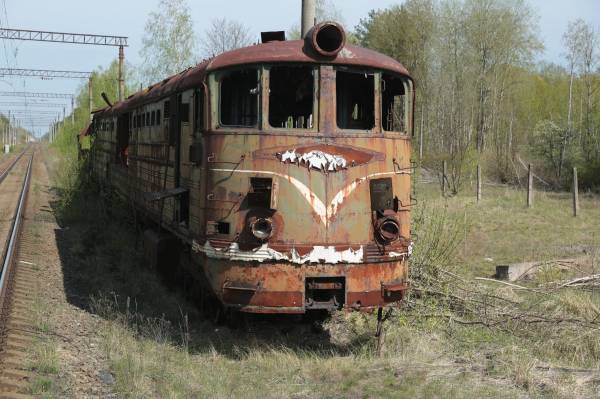 Eternal rest. The train was left to rust and disintegrate. Photo: E. Moose