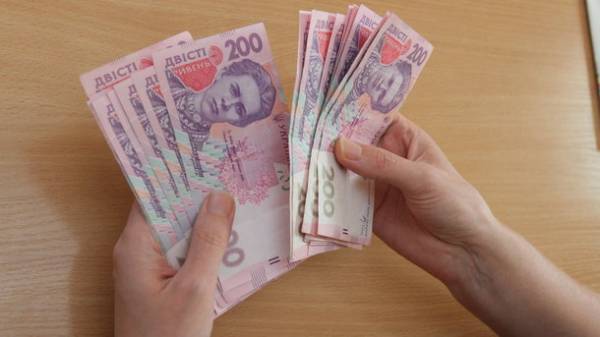 The state budget of Ukraine in 2017 yesterday has changed in a big way as income and expenses — this act was signed by President Petro Poroshenko. The document was published and entered into force. Experts say that a considerable part of incomes received for the account of inflation and criticized the distribution of money of expenditure.

ADOPTED. The main changes are as follows. Revenues increased from 731 to 771 billion UAH billion UAH, or by 40 billion UAH, expenses — from 801 to 841 billion. Limit the size of the budget deficit remained at the level of 77,64 billion, but the national debt grew from 1,716 trillion UAH 1,823 trillion in connection with the recapitalization of PrivatBank, which, recall, this year became a state.

As explained in the press service of the Ministry of Finance, the increase in budget revenues became possible thanks to the fact that economic growth turned out higher than expected. In 2017 the Ministry of Finance and economic development Ministry expect further economic recovery, particularly the real GDP growth is expected at 1.8% (was 1.5—1.6 percent), and GDP will reach UAH 2,845 trillion (more than 5.7—6 billion UAH). The President also said that the budget overrun for half a year became possible due to deshadowing economy and fighting corruption.

HOW TO SHARE. Additionally received in the Treasury 40 billion are distributed as follows. Most, or 14 billion UAH will be directed on repayment of debt on subsidies to suppliers of komuslug, which is 25 billion UAH. More than 10 billion UAH additionally will give security officials: defense Ministry will get 4,353 billion, the Ministry of internal Affairs — 3,947 billion, plus Netpolicy — 2.48 billion, the National guard — 460 million and the SBU — 250 million 4 billion UAH will be spent on the development of rural medicine. To education received 317 million UAH, the Ministry of health — 207 million UAH, in addition, 380 million UAH will give the medical subventions to local budgets. Also will allocate money for the construction of the Museum of Heroes of the Heavenly hundred, the Ukrainian military, the celebration of the 85th anniversary of the Holodomor.

EXPERTS. Economists say that to fill the coffers helped inflation. “Yes, there is economic growth, which means more goods sold, more taxes paid, increased amounts of exports and imports and revenue from customs duties — analyzes economist Ivan Nikitchenko. But inflation is already close to 8% (as scheduled by the Cabinet for the entire year. — Ed.) that is, tax revenues increased due to growth in prices.” According to the President Ukranalittsentra Alexander Ohrimenko, inflation — the main driver of the budget increase: “the higher the price, the more money from VAT goes to the budget, for six months we have an increase of this tax is 30%, or up to 30 billion UAH. But MPs need to give more to 5-6 billion UAH to repay the debt on subsidies at the expense of other expenditure items, especially the security forces. Otherwise there may be problems with the preparation for the new topstone”.