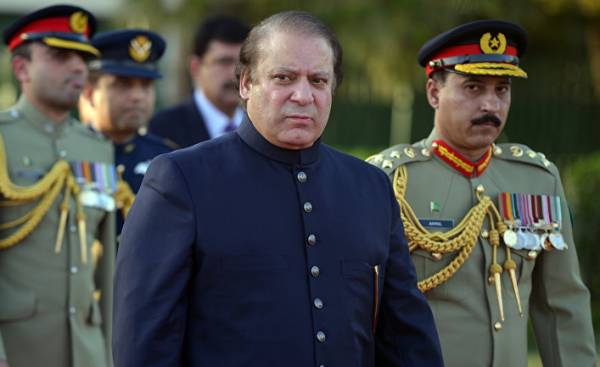 Nawaz Sharif is the famous cat with nine lives. But the third, the longest and last tenure as Prime Minister came to an end when the Supreme court deprived him of the opportunity to hold public office. And although the atmosphere darkened “PanAmSat” and the documents which figured in the accounts of offshore companies, allegedly belonging to the family members of the Sharif, the judgment concerns much more than empty accusations of concealing information about the potential income from a company in Dubai. Can Sharif to come back again? Such developments have alarmed experts around the world, tracking the development of Pakistani democracy, indeed, the probability is nominally maintained.

Was the verdict a just a cover for actions of the army? It is quite possible for Pakistan, where the judiciary has repeatedly appealed to the “doctrine of necessity”, legitimise all revolutions carried out by the generals. Joint investigation group on the case of Sharif included members of the military intelligence (MI) and inter-services intelligence (ISI). However, the use of the judiciary to removal from the game of democratically elected Prime Ministers, not so old. Last Paradise once Yousef Raza Gilani was dismissed by the Supreme Court in 2012 on charges of contempt of court. Prime Ministers removed before — in fact none of them did not complete his term — but it was done through the office of the President. The army was a constant factor.

This case was hardly linked to corruption: it was clear from the beginning. One of the judges during the hearing quipped, comparing Sharif family mafia in “the Godfather” by Mario Puzo. In the end, the charges against Sharif were charged under a law passed during the reign of General Zia ul-Haq. In the case of Gilani also the reason it was corruption, but then the process went in a roundabout way. Gilani was charged with refusal to execute a court order regarding cases of corruption against President Asif Ali Zardari.

Allegations of corruption and buying property in the UK formed the basis of accusations of Prime Minister Benazir Bhutto by President Farooq Leghari in 1996. The Supreme Court, as a team, supported the decision to resign. This does not mean that Pakistani policy is crystal clear. On the contrary, public offices are widely used by officials for personal gain. And hardly anyone could vouch for the inaccuracy of the information in respect of families, Charity or Bhutto-Zardari. But the fact remains that allegations of corruption lined up against the party in power, which plays into the hands of the army. And, as correctly noted by the researcher Aisha Sikkema, army officials, to extract maximum benefit from uncontrolled cash flows, no one ever touches it.

It is impossible that the resignation of the Sharif took place without a green signal from the army. However, to call this development a “soft” or “judicial coup” would be an exaggeration. As for the control of the army over all levels of government, it remains unchanged. While Sharif received its mandate in 2013, in 2014 the army has shown him his place. The former cricketer, who came into politics, Imran Khan and religious leader Tahir-ul-Qadri was used as instigators of the protests, which Nawaz Sharif could not cope without the help of the army, namely, the then commander-in-chief raheel Sharif. Since then, the army regularly piece by piece took away the powers of civil government, without any claim on the part of Nawaz Sharif.

Foreign policy — not only in relation to India and Afghanistan — are almost completely controlled by the army. Sharif was forced to abandon his intentions to bring to justice the former dictator Pervez Musharraf (President from 2001 to 2008, who came to power in a military coup — ed. ed.). The Pakistani army had vetoed the idea of Sharif to solve the problem of “Tehreek-e-Taliban” (an Islamist terrorist organization operating in Pakistan — approx. ed.) through dialogue. As part of operation “Zarb-e-AZB” (the military offensive of the Pakistani army against Islamist groups, which began on 15 June 2014 — approx. ed.), the army increased its influence in almost all the provinces of Pakistan. Was no exception and his native province of Sharif’s Punjab. Army was able to establish military courts to try cases related to terrorism. Even the choice of the last warlords, Camara Javed Bajwa was not caused by ambitions to establish control over the army, as it was with the choice of “Muhajir” in 1998 Musharraf.

The question is: why Sharif had to leave if he so is so curtailed in his authority? There is no clear answer. Perhaps the army wants to further reduce the authority of the Prime Minister. Shahbaz Sharif, the younger brother of Nawaz Sharif appointed him as the successor, is not considered ambitious figure, though he does not intend to deviate from the line of Nawaz Sharif. In case of further resignation it will be again playing with biased judges and the army. In any case, the army retains the ability to withhold or offset any new contenders for power — whether Shehbaz Sharif Khan now or later. It is obvious that the overthrow of Nawaz Sharif is not in any way strengthen democracy in Pakistan and will not help to solve the problem of corruption.