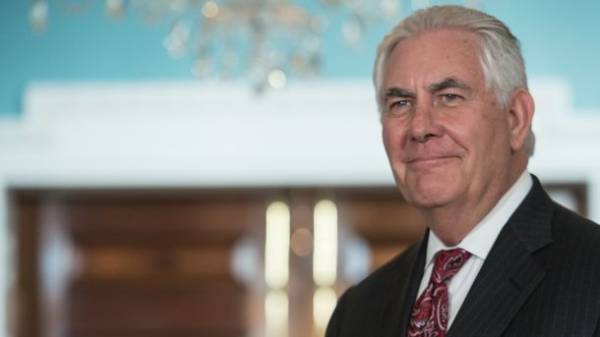 U.S. Secretary of state Rex Tillerson said that after the next tests of a ballistic missile conducted by the government of North Korea, economic and diplomatic pressure on this country will continue.

About it Tillerson said in an interview with Fox News channel, reports UNIAN with reference to “Voice of America”.

“The ongoing tests cause frustration and anxiety, and we ask them to stop them,” he said.

Earlier on Sunday, North Korea launched ballistic missiles. The missile was fired from the East coast of the DPRK. This is the second missile launch in North Korea over the last week.