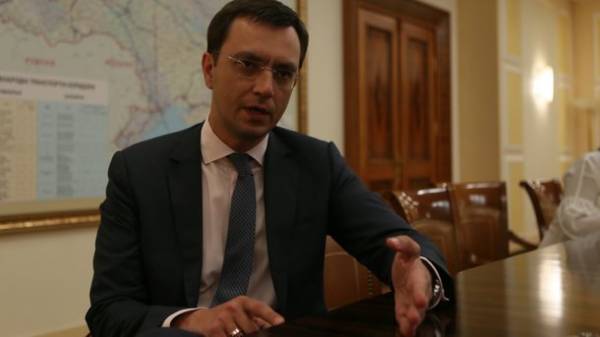 “The court came to the conclusion about illegality of actions of the Ministry in the preparation and tabling of the government’s project marked the decision. The court has found numerous violations of the law, in particular, the problem of the draft resolution with the concerned authorities, lack of legal expertise of the Ministry of justice. In addition, the project was not discussed at the meeting of the Cabinet Committee and was not included in the agenda of the next meeting of the Cabinet of Ministers”, – the Minister added.

According to the Omelyan, the results of the trial, the court acknowledged the exclusive right of the Ministry of Infrastructure to develop draft laws on amendments to the Charter of “Ukrzaliznytsya”.

As reported, on 18 January, the Cabinet passed PJSC “Ukrzaliznytsia”, which were previously managed by the Ministry of infrastructure and the management of the government.

According to the Minister of the Cabinet of Ministers of Ukraine Oleksandr Sayenko, the Cabinet, under current law, was the first and remains the body which manages corporate rights of the state regarding the “Ukrzaliznytsia”, just informed of the functions associated with the management of the company, was delegated by Cabinet to the Ministry of infrastructure, and its decision on Wednesday, the Cabinet only withdrew these delegated functions. According to him, amendments to the Charter of the company “definitely will increase transparency in its work”.

He also said that after this decision all decisions regarding PJSC “Ukrzaliznytsia” will be taken by the government collectively, and the Ministry of economic development and trade will only prepare drafts of such decisions.

Earlier it was reported that Omeljan rode updated the reserved seat.