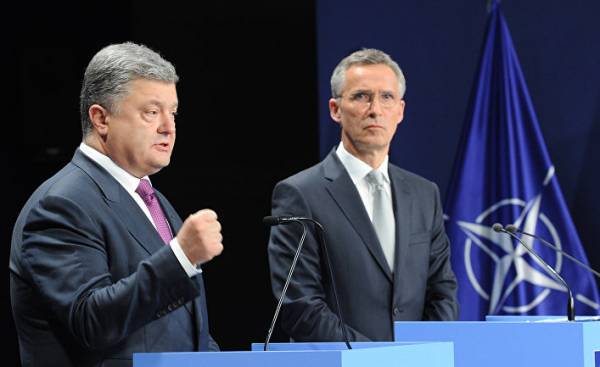 Copenhagen — the Mood at the summit EU-Ukraine this week will be upbeat. Reforms and international support began to bear fruit Ukrainian economy. Signed a free trade agreement with the EU. For travel to the EU Ukrainians now you need to have a biometric passport — a prospect that most seemed unrealistic just a few years ago, when the transition to a visa-free regime the country had to perform a 140 preconditions.

The recent successes of Ukraine coincide with the growth of optimistic moods in the EU. However, despite all their achievements, Ukraine still not out of the danger zone, but the reform process is far from complete. The European Union should not give in to the feeling of satisfaction and our successful work. And best of all it will protect the establishment of the customs Union between the EU and Ukraine.

The President of Ukraine Petro Poroshenko personally devoted to the cause of modernizing the country and fighting corruption. But European leaders need to understand that it would be an uphill battle for the major reforms: the populist forces in the Ukrainian Parliament — the Verkhovna Rada — began to put pressure on the government ahead of elections in less than two years.

In Kiev, the EU will stress the need to continue reforms and implementing technical standards of the European Union. But if we want Ukraine to continue to move forward, we cannot limit ourselves to mutual praise about the already traversed path. The most powerful lever of Europe, contributing to the promotion of a stable, viable and successful democratic regimes has always been her practice conditions that establish the connection between reform and a clear, tangible benefits. We must continue to set new milestones along the way, demonstrating their interest in Ukraine’s success and a strong willingness to reward reforms.

The prospect of the customs Union is the strongest stimulus to the introduction of a negotiated free trade agreement and to continue the long-term economic integration of Ukraine with Europe. This is not a short-term project; we will need more decades before Ukraine will be ready. But when it happens, the Ukrainian business will be able to join production chains in the European industry, and the government will be able to begin to implement much-needed strategy to diversify the economy in order to benefit from geographical proximity to the world’s largest market. Instead of being an appendage of the European economy, Ukraine will become intertwined with her.

Why is it important? From the point of view of the European Union, the country’s economy with a population of 46 million people has considerable prospects for trade and Commerce. Since Turkey joined the customs Union with the EU in 1996, the volume of bilateral trade has increased more than four times. In addition, Ukraine, which had previously oscillated between the EU and Russia, has now clearly chosen a European future. What kind of message we serve others to neighboring countries or to the President of Russia Vladimir Putin, no less important, if we reject Ukraine?

I’m not looking at the prospects of the customs Union between the EU and Ukraine through rose-colored glasses; there are some drawbacks. (The arguments for and against such a Union is every day repeated in the debate about Breccia in the UK). Joining the customs Union will limit the ability of Ukraine to negotiate about trade agreements. And although the EU is the largest trading partner of Ukraine, more than half of its trade turnover falls on the rest of the world. Ukraine will not be able to negotiate with the Eurasian customs Union — it will be the responsibility of Brussels.

In some countries of Eastern Europe are already emerging protectionist tendencies: their governments (perhaps unsurprisingly) concerned about the potential negative consequences of trade liberalization for agriculture. However, the structure of trade and investments of Ukraine moving closer to the EU. To sum up, the economic arguments in favor of the Union is strong, and the political — convincing: the potential benefits far outweigh any hidden flaws.

The EU and Ukraine have many reasons for celebration this week: both sides passed an important stage. But limiting celebrations, you can miss an important chance. EU need to think about the next steps forward for Ukraine to keep her on the path of reform and towards a better future. And in addition, the EU should demonstrate that it remains for the neighboring countries transforming force.