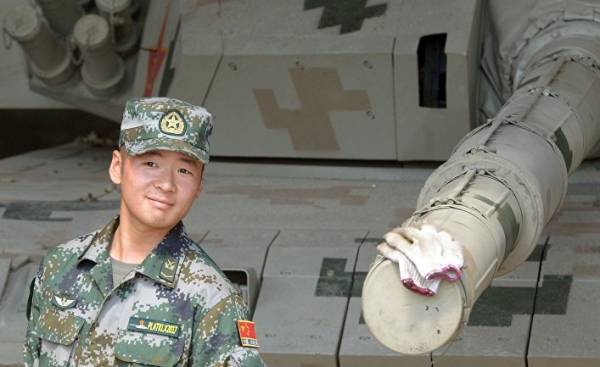 International competition for the diving all-around “Depth”, which is part of the international Army games “Armi-2017”, opened on Wednesday in Sevastopol. Games “army-2017” held from 29 July to 12 August on the territory of Russia, China, Kazakhstan, Azerbaijan and Belarus. Games organizer is the Department of defense of the Russian Federation.

This year the people’s liberation army (PLA), which is involved in the games for the fourth time in a row for the first time undertook to organize a number of programs competition. Chinese President XI Jinping has delivered a video greeting on the occasion of the opening of the games. According to him, “Armey-2017” has become an important brand Megamasso exchange and cooperation in the region and an important platform for increasing the friendship and exchange experience between the armies of all countries.

The development of international military cooperation is important to strengthen strategic mutual trust, maintaining peace and stability in the region and the world.

Recall that recently completed the first stage of Russian-Chinese exercises “Sea cooperation-2017” in the Baltic sea. Autumn maneuvers will continue in the waters of the Okhotsk and Japan seas. Their main task — the development of joint actions for search and rescue at sea and safety of Maritime economic activities. The aim of the exercise is to strengthen and develop China-Russia comprehensive relations of strategic cooperation and partnership, strengthening of business and friendly cooperation between the armed forces of the two countries and security in the region.

During his July visit to Finland, Russian President Vladimir Putin, answering the question about joint Russian-Chinese exercises in the Baltic sea, said that military cooperation between Russia and China is not directed against third countries. “Cooperation of Russia and China in their entirety, including a military component, is one of the most important elements of security and stability in the world. While it is not directed against any third countries,” he said. “We are not creating any military blocs or military alliances,” — said the Russian head of state.

Contact the defense departments of China and Russia in recent times greatly intensified. Military cooperation is becoming an important part of comprehensive partnership and strategic cooperation between the two countries.

A Chinese expert on military Affairs Yin Zhuo said that the high level of mutual trust between China and Russia in the field of military security is not based on ideological or political needs, and on the common interests of the two parties. He stressed that it is necessary to first form a community of interest, then a community with a common destiny. China and Russia face a common threat from the us missile defense system, therefore, the parties must exchange experiences and coordinate their actions. The two countries are trying to end the “international hegemony”, which negatively affects security in the world.

In his opinion, China and Russia as an influential and responsible powers must perform tasks for the protection of the state and interests of their peoples, undertake to ensure peace and security in the world. The two countries do not aspire to expansion of spheres of influence, and the strengthening of their cooperation in defence and security aimed at creating international relations of a new type, based on mutually beneficial cooperation.

After the establishment of relations of strategic cooperation and partnership China and Russia have reached a high degree of political mutual trust. They coordinate their positions on topical international issues and their contacts in the military field aktiviziruyutsya. Strengthening the cooperation between the armed forces of the two countries will help them not only to borrow from each other’s experiences, but also to enhance the ability to jointly maintain global peace and stability. China and Russia established a partnership, and not the unit or the Union that, in fact, different from the actions of some countries, which created a military Alliance and strongly constrain other countries.