For today of the Russian Federation there is no progress on the road map of the Donbas. This was stated at a briefing the press Secretary of the foreign Ministry Marian Betz.

“Obviously, there is no progress, all depends on the political will of the Russian Federation”, – she said.

Betz stressed that Ukraine is interested in peace and conflict de-escalation in the Donbass.

However, she said, the Ukrainian side does not see any move by the Russian Federation for 2,5 years from the moment of signing the Minsk agreements, the Russian side are ready to review and establish peace in the Donbass.

Earlier, the Russian foreign Minister Sergei Lavrov said that to achieve implementation of the Minsk agreement is impossible without direct dialogue of Kyiv with Donetsk and Lugansk. However, he noted that while Kiev refuses “Russian scenario” of peaceful settlement in the Donbass.

“Until we see signs of negotiability of the Ukrainian leadership. The latest example – the other day, President Poroshenko stated that a single step to implement the political aspects of the Minsk agreement, Kiev will not do until you have secured all his demands in the security sphere,” said the Minister.

Earlier the President of Ukraine Petro Poroshenko said that to address security issues in the Donbass amendments to the Constitution in terms of decentralization and any other political issues of the conflict settlement will be on the agenda.

“To solve these problems on the agenda are not, and will not stand for political issues, including concerns and changes in the Constitution,” the President added. 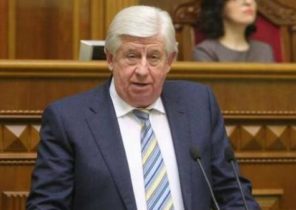