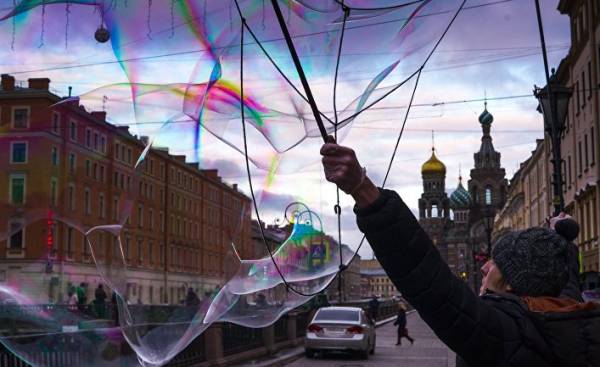 Interview with journalist and writer Joan Czeczott, which released the book “Petersburg — city of sleep.”

— Newsweek Polska: they Say that Petersburg was built by the devil himself.

— John Cecot (Joanna Czeczott): “the Devil”, “Antichrist”, that is, Tsar Peter I, who founded this city in the early XVIII century. He even wanted to reform the country, and completely change it. The king hated the old Russia, despised her backwardness and adherence to Orthodoxy, he sought to make Western government and follow their dreams to life with a revolutionary scale. This “Antichrist” appeared out of nowhere. Peter’s change was preceded by a reform of the Orthodox Church: rites unified with Greek, introduced troebortnoe sign of the cross. The society protested and said that the coming end of the world. Peter confirmed their fears. Back in Roman times predicted that one day on the throne will reign from the Antichrist, and that he ascended to the throne of the Third Rome, as it was called Moscow.

— He ignored diplomatic Protocol, was rude and brought to the extreme, exactly what I was doing. If he was tortured, then personally took the wheel or roasted man on fire. When he decided to build a city, he traveled incognito to the West and got a job at the shipyard. He, not having the appropriate knowledge, designed the home in the city, and the engineers despaired of his drawings. Peter was the creative and destructive ruler with inexhaustible energy. In the Petersburg myth still dominated by these two forces: on the one hand, the city is killing, it is impossible to live, on the other hand it gives inspiration and pushes forward.

My friend calls St. Petersburg Petersburg the “city of bones” and is proud of its history.

— I talked with Professor Yevgeny Anisimov, who has been researching Peter’s time. He says that St. Petersburg has created the basis for the idea of the Gulag. At first he was a city-prison: at the time of construction of the new capital convicts instead of Siberia were exiled here, and the first ships appeared on the Neva river, was filled with slaves. In this place by force, was taken to the workers, artisans, merchants, making their lifelong Petersburg residents, who were denied the right to change their place of residence. Born an overpopulated city, where life is subjugated men, there is rampant prostitution and a growing number of female suicides. The number of visitors, tools and money which they were given, were carefully recorded. Records of deaths were not carried out. I feel shaky when someone is proud of the fact that the city was built on the bones, and says that when you create something important, a human life has no value. The ease with which Eastern rulers shed blood, has become their defining quality.

— New bone, strengthening the Foundation of the city and its myth, brought the siege of Leningrad during the Second world war, which lasted more than 800 days.

— This experience has shaped the worldviews of modern St. Petersburg: almost everyone with whom I had a chance to speak, told me that one of his ancestors was killed during the siege. Opinions that Leningrad would surrender to the Germans and thus save the residents, are there to sacrilege.

In the book You quote from the diaries: “Ate fried cat, she was very tasty”. At that time there were 22 recipe dishes made of grass.

— So. Any questions about the meaning of this sacrifice for the Russians is unacceptable. The myth of the siege is the story of the heroic city gritted his teeth and managed to survive. What happened to the people who were there need of such a heroic sacrifice? Such an analysis is impossible, because the topic of the blockade, acquired a political function.

— Strong tradition of Polish Diaspora. As “our” appeared in the Northern Russian capital?

— You can name a specific date: 1772 the first partition of Poland. At that moment the contacts of Polish elites from the capital of the Empire intensified. They hoped to keep their property in the East or even to persuade the Royal authority to abandon the section. According to the Basilio Ludvik (Ludwik Bazylow) in his book “Poles in Russia” in St. Petersburg went, for example, the princes Czartoryski, who wanted to negotiate with the Queen. They asked Xavier Branicki (Ksawery Branicki), to whether they kiss the hand of Catherine II, and he replied: “Kiss whatever she ordered, if she’d only give you your property”. According to estimates Bazylova, at some time in St. Petersburg lived 250 thousand poles. They were not there the main national minority, the city from the outset was a multinational, so that citizens of the Commonwealth have not played the most important role.

— What names could be found in the list of residents?

— A lot of them, I paid special attention Checota. The family my husband had possessions in the East and many children who were sent to study and work in Petersburg. One of the ancestors of Cecotto supervised a psychiatric hospital, another was connected with mining.

— How is the situation now?

— From the Union of poles was a large apartment in the city center. There were Polish language lessons, classes for small children and meetings for adults. When the Ukraine conflict started, and the EU imposed sanctions against Russia, there came representatives of fire inspection and stated that the doors in the apartment are too narrow and the chair at the computer Desk does not meet the standards. In addition, they stated that the building requires repair and Polish home should be closed. To make repairs, you need the consent of all tenants, and to him is incredibly difficult. In addition, will need some expensive expert reports and weight of the seals.

— The modern Petersburg may surprise the West?

— First architectural ensemble. Perhaps every building individually is not an outstanding work of art, but the whole layout of the city as a whole, its specific device level, the location of the buildings and churches — an architectural monument. Also Petersburg is the capital of the ballet, a classical form which has survived even the socialist revolution. This is the city of Dostoevsky, “Crime and punishment”, the largest political ideas, of art of the highest level, and drawbridges.

— One of them anarchists once represented a phallus. The bridge is lit, and the “work” turned out to be exactly in front of the FSB, Putin’s security service.

Is the acclaimed “the big erection” art-group “War”, which did not respond to the police. Other attractions? For example, club “the Blizzard”, where every night arrange a Christmas party. Very picturesque channels, which are also associated with the destructive-constructive elements of St. Petersburg. They were built to protect the city from floods, which visited it every year. Now St. Petersburg is no longer in danger: in the Gulf of Finland appeared protective dam. She was conceived 200 years ago, and finished its construction Putin. 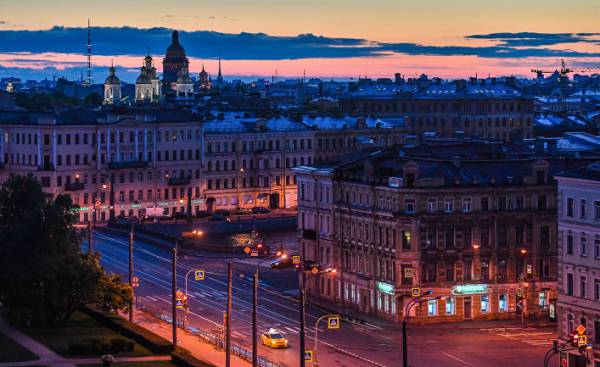 — This is an incredibly popular Russian band “Leningrad”, which has the song “In St. Petersburg to drink.”

— It could become the anthem of the city. It is not so much about drinking, but about life style, American scientist Alexei Yurchak calls “existence outside”. The point is to dissociate himself from politics and shut into their own little world. Existence outside the system — a diagnosis of social phenomena, and the group sings it as ideology “***”. In the clip, even being that Pushkin advised “to send everything to ***”. So let everything go up, and people will be able to live with yourself.

— How is it manifested?

Professor Yurchak describes the generation of the St. Petersburg intelligentsia of the 1980s years: then it was fashionable to get a job in the boiler room and the ready room — places that are allowed to be inside the system, but remain invisible to her and to write philosophical treatises or to arrange discussion on any topic. This can be seen now. In 2000-ies in the protest demonstrations out of 100-300 people. I was very surprised: how so, you have established a tyrannical regime, and you do not protest! And St. Petersburg instead wrote a thesis about the piece of writing or worked on the symphonies. Then I realized that they found a piece of freedom “out”, and St. Petersburg can be called the capital of inner emigration.

— The modern St. Petersburg differ from other Russians? Earlier the city was considered an oasis of freedom for homosexuals.

— Representatives of the LGBT community, with whom I spoke, told me that the situation is changing. In the early 2000’s, the city was tolerant, on the street you could see same-sex couples kissing, there flocked homosexuals from across the country. But the action met opposition: the law on prohibition of propaganda of homosexuality on the basis of which was formed a negative attitude toward individuals based on sexual orientation.

It is worth noting that in spite of that Petersburg is the Russian capital of LGBT. However, the openness and commitment to liberal values is not the only thing that distinguishes St. Petersburg from other Russians. They nurture their otherness, the myth of “cultural capital”, “window to the West”. On the subject of “St. Petersburg identity” sociologists write whole works, and my interlocutors said that “they would like to escape from Russia the whole city”. But the most interesting in St. Petersburg is the fact that he could not exist without Russia, because in many ways, he is her reflection. It intrigued me when I studied there, and continues to intrigue until now.