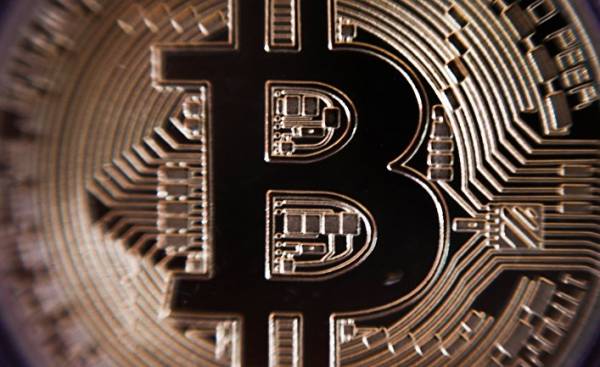 One bitcoin today is worth 2 450 euros a few months ago it cost € 1,000. Interest in bitcoin is growing worldwide, but it is so interesting and how it works?

Cryptocurrency bitcoin continues to spread around the world. A couple of years ago it cost approximately one dollar and now it costs more than 2 $ 800.

Became a legendary story, when seven years ago, one programmer bought two pizzas worth $ 25 for 10,000 bitcoins. Today 10 000 bitcoins worth more than $ 28 million.

No need to regret anything, says IT consultant mats Henriksson (Mats Henricson). He bought his first bitcoin seven years ago.

“I bought coffee, salt and distributed bitcoins left and right. If everyone sat holding their bitcoins, their price would never grow up,” says mats.

Alexander Bottema (Alexander Bottema) is a developer and bitcoin enthusiast. He seriously paid attention to this currency, when I realized that she’s not going to disappear.

“I happened to read an article about what bitcoin had recovered after the collapse. Thought it was strange because it was believed that this venture will not work. Then I decided to take a closer look at the technology behind bitcoin”.

When Alexander figured out how to operate the technology, he realized that it was one of the greatest inventions of man along with the Internet. It was something completely new.

Cryptocurrency bitcoin was developed in 2009 by an unknown programmer or perhaps a group of programmers under the name Satoshi Nakamoto. That is, no one knows who invented this system.

Bitcoin was invented in the background of the financial crisis of 2008. The idea was to create a currency that would govern herself without the interference of banks. Thus, bitcoin is one of the first decentralized currencies.

This, according to Alexander, is the essence of the invention.

“It is amazing that a system that is itself and to which no one can affect. No government can collect money from the system. Nobody is forced to trust someone.” It is enough that you trust the system.

How reliable is the system?

And mats, and Alexander argue that the system is 100% reliable. Even if everyone who works with bitcoin, suddenly dies, it still will not play any role. Bitcoin will remain and will work. But the cyber security of every individual is quite another matter.

“People keep their bitcoins in a digital wallet, for example, is in the form of an app on the phone or on the computer. The system is reliable, but you can always catch this computer virus that will steal your password,” says mats.

But to counterfeit bitcoin is impossible. So if you accidentally lost your bitcoins, it’s forever.

“Bitcoin is like a car without airbags and seat belts. So do not buy bitcoin if you are not ready to understand how to secure your wallet,” says mats.

How does bitcoin work?

The whole system is built on the basis of the so-called the blockchain — a chain of blocks. This chain contains in all transactions that occur in the system.

What is the unit?

The block consists of a list of transactions. Each transaction contains the file in which it is recorded that a certain bitcoin address forwarded to another address.

Each bitcoin contains information about all the transactions in which he ever participated. Therefore, the system in principle aabsolute anonymous, as anyone can check what address belonged to a bitcoin in a certain moment of time.

Because of this, it can be difficult to sell stolen bitcoins. For example, the developers of the virus WannaCry, who blocked the computers until they paid a certain amount in bitcoins, there can be problems with the exchange of their stolen bitcoins to real money.

Why bitcoin is becoming more popular?

The reason why bitcoin is becoming widespread, it may be today’s unstable situation around the world.

“I think its popularity is growing particularly strongly in those parts of the world where drops and loses the value of its own currency, for example, in Venezuela. In this case, bitcoin may be an attractive way to keep your money,” says mats.

And mats, and Alexander compare bitcoin with gold. But if gold is a very impractical way to store money, the bitcoin is much more practical. It is virtual, and it’s easy to forward.

“For example, I bought bitcoin in Japan, and ten seconds later they were in my purse. But sending money through the banking system takes forever,” says mats.

Come to the market wealthy people

But not only individuals noticed that bitcoin is an efficient way to save money. One of the reasons why the value of bitcoins have grown so much, is that funds and companies have also discovered bitcoin.

“They noticed that bitcoin is not followed trends common to other means of storing money. For example, the cost of bitcoin does not grow when you change the value of the shares, real estate, securities, gold or silver,” says mats.

In addition, some very wealthy people openly declared that they transferred, for example, 10% of his fortune in bitcoins. For example, billionaire Mike Novogratz (Mike Novogratz). When the demand for bitcoin is growing and its price.

In Japan the government has acknowledged bitcoin a means of payment. This, according to Alexander, has given bitcoin more credibility. And it could also cause its value to rise.

For digital currencies the future?

There are other virtual currencies besides bitcoin.

“There are many copies who do not bring anything new, but there are also competitors. However, most others have a publisher, the person and the enterprise which it is necessary to trust. From this point of view, bitcoin is unique,” says Alexander.

Experts believe that bitcoin may soon step away from the competition when a new upgrade system.

“Soon forward, bitcoin will be much cheaper and more effective. It will be possible to conduct micro-payments, that might make bitcoin a more common means of payment in the world”, — says Alexander.

Do not buy coffee

At the moment, to hold one share costs about three dollars. Under such circumstances, may not want to buy coffee, because the transaction is the same as coffee itself. But the cost of the transaction remains the same regardless of how much money you want to spend.

“I train sure that bitcoin is the future. Now there are places where bitcoin is accepted as means of payment, and I think they will be much more when it will be possible to carry out micropayments,” says mats.

And you want to get bitcoins?

If you believe in bitcoins future, you might want to participate in the game. In this case, there are a few things you good to know.

“First you need to buy bitcoins for about 100 euros. Then you bakapit your wallet, delete it, install again and try to recover their bitcoins with backup. If you can handle it, then you are ready to acquire bitcoin for real”, says mats.

But one should not invest in bitcoin all your money, it’s too risky. You should never acquire a large amount of bitcoins than what you can lose.

Exchange rate for bitcoin has shown its bad side in the middle of July, when the price of bitcoin fell to $ 500. But now, at the time of this writing, he has risen from this low cost in 1910 dollars to cost over 2800 dollars.

One bitcoin was never worth more than $ 3,000, except maybe a very short period on 12 June. But now the rate goes up.

If you don’t want to buy bitcoins, there’s another way to acquire them.

“I would suggest to have some kind of service, or start to sell something for which you will accept payment in bitcoins. This is perhaps the easiest way to get bitcoins,” says Alexander.

According to him, the cost of one bitcoin may be huge, if everyone starts to use them as a way of storing money instead of gold. The cost of the gold market — about 2 000 billion, or two trillion.

In this case, if you divide the 21 million bitcoins that will exist, two trillion, then the cost of one bitcoin will be more than 95 000 euros.

Do you believe that bitcoin the future?