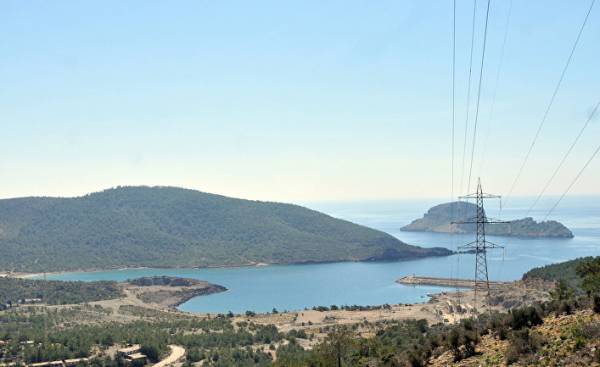 Boston Disputes that occur between Russia and the United States, along with the decisions taken by the us Congress, step by step approaching to begin to affect Turkish-Russian relations. We are talking about that recent decisions of the Congress, which now lie before trump can touch and such important Russian-Turkish projects as “Turkish stream”, NPP “Akkuyu”, s-400 missiles. What developments will result in messages that passed through Congress and was sent for signature to Trump the bill of inclusion in the scope of sanctions, countries that develop joint energy projects with Russia, working with her and buy her a gun? The signing of such a decision will seriously harm the economic interests of States, which with Russia have close relations.

Last week, regarding Turkey’s decision to acquire missiles s-400, I paid attention to the fact that the US and its allies has not yet said its last word on this subject, and pointed out that we must closely monitor how events can develop. After witnessing the latest round of Russian-American tensions in the US, in Boston, I Willy-nilly watched as Russian-American relations and counter-attack Putin evaluated by television and Newspapers of the United States. A friend of mine who has a close relationship to these issues, made an interesting a warning: the latest decision of the Congress will concern including Turkey, and, besides the s-400, which I wrote last week, will affect the “Turkish stream” and NPP “Akkuyu”. These days we should worry about these questions, and relevant authorities should closely monitor the process.

However, until recently it was expected that USA and Russia will make a joint contribution to solving many international issues. Nevertheless, the fact that the problems between the two global powers grow exponentially, and ultimately the U.S. Congress has taken action to imposing sanctions against Moscow on the basis of assumptions about the fact that Russia interfered in the elections of the American President, shows that things are moving in the other direction.

Cold winds blowing between the US and Russia, has long manifested itself in the form of economic sanctions. Political chaos, which has created Russia’s influence in Ukraine, and followed the occupation of Crimea showed that the United States talk a lot but do nothing or can’t do. In Ukraine with the US is knocked down a peg after Georgia. And when Russia demonstrated its influence in Syria, again taking on the role of a global power, the more worried the United States, and economic sanctions have been used in an increasing pace. Under the influence the US response to speculation of Russian interference in presidential elections the severity of sanctions were largely increased.

The result is that the adoption of the law on new sanctions will further complicate the procedure of lifting the sanctions against Russia, because the decision on anti-Russian sanctions date back to the period before the Donald trump. When in 2014 Russia annexed Crimea and supported separatists in the East of Ukraine, the former President Obama with the support of the EU decided on economic sanctions against Russia, which has spread to a number of businesses and individuals. When trump sat in the presidential chair, and has increased expectations about the mitigation of these decisions, but the assumptions about Russia’s intervention in the American elections was put in a difficult position and trump.

A hindrance to the “Nord stream”!

With the decision to impose sanctions against Russia was frozen in the oil, financial, military, technological sectors of Russia in Western countries and imposed restrictions on their new activities. The last step of the Congress, as stated, implies that the scope of sanctions, will enter new countries and, in particular, Turkey. Their influence touches even the project “Northern stream — 2”, one of the most important pipelines, the EU, designed to deliver Russian natural gas to Germany. In this situation in 2019 to complete the “Nord stream — 2” with designed capacity of 55 billion cubic meters of natural gas per year and cost about ten billion euros will not be easy. In short, there will be interesting times…