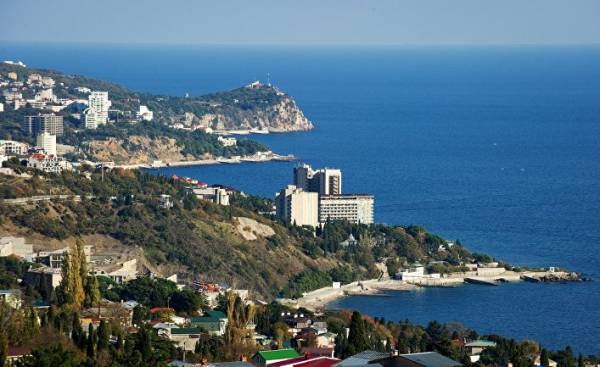 After the ban on construction in the Crimea, introduced in the spring until next year, the market was a complete mess. Developers ascertain the market decline by 30-40% and portend a decline in tax revenues. Representatives from problematic objects to tell clients how they’re doing well. And employees of real estate agencies are excluded from came under the ban of the buildings, claiming that do not work with them.

Chapter Republic of Crimea Sergey Aksenov began fighting developers in March 2017. First, he announced that the Yalta — “number one of lawlessness in part of the chaotic building” and banned the chief architect of the city of Vladimir the Attack to sign any documents.

Then in April, he issued an order “About some questions of regulation of urban planning”, which until January 1, 2018, prohibits any major construction (excluding the budget). The measure affected all of the buildings located in eight cities, including Yalta, Simferopol, Kerch, Evpatoria and Feodosiya, and also in six districts of the Peninsula. Order Aksenov also banned the Day before the end of this year to issue building permits and documents on input of objects in operation. Note that the prohibitions did not touch the Sevastopol, which is separate from the Republic of Crimea region.

Immediately has compiled a list of the 473 buildings with alleged evidence of violations, the continuation of the work on which was prohibited. In late April, the list was edited down to 386 objects. Corrected and the order, which now prohibit the construction works geographically, but only on objects of the list, which also became an Appendix to the document. Data on the total number of buildings in the Crimea there. Any detailed information regarding the situation at each site on government resources is missing.

Explaining the measures introduced, Aksenov said that the construction of the object “will be passed through a fine sieve.” Technically, every developer had to prove the purity of their documents on the architectural-town-planning Council of the Crimea. Feldman in April assumed for all the objects takes a month, “and then two weeks [of work done]”.

However, this work has not ended until now. According to one of the major developers of Yalta, who asked not to be named, the construction market of the Peninsula collapsed by 30-40%. “Two or three times down the production of concrete plants, reduced the taxes paid by builders to the budget, as well as reduced revenues from the lease of state lands. Builders either fired or pay them simple. All this background information leads to the fact that people from mainland Russia do not want to buy a house here, because they are afraid that the house is not completed. In the end, falling sales, revenue agencies, notaries, and everything is destroyed,” he said.

According to him, integrity Aksenov has reached such limits that at first difficulty was observed even at the sites of major in the Crimea, a construction company owned by one of the close to Aksenov officials — the Chairman of the state Council of the Crimea Vladimir Konstantinov. Subsequently, work in the construction firms resumed.

With regard to the town planning Board, which must pass the developers, “it can’t go any entrepreneur,” says Yalta businessman. “To submit documents, they need only collect during the period from several months to a year. The majority of construction projects still underway with the Ukrainian times, so there’s half of the documents — even the then regulatory agencies. They need to change everything. In addition, ideal objects do not exist, it is always possible to find fault with anything, to find a violation and prohibit the construction site. For example, according to standards per 1,000 residents should be 320 cars. In Yalta, this requirement cannot be met,” said he.

Another developer of the Crimea, a few years ago came from mainland Russia, reiterated the arguments of the Yalta businessman. He also added that developers are now trying to obtain permission for the continuation of the work “manually”, that is, through Dating, and administrative resources. Note that in the beginning of may the employee of the governmental “Russian newspaper” (Moscow) went to facilities in the Crimea, included in the “black list” and found that many of them work in full swing, no matter what. It is not excluded, such examples are the result of the manual mode.

Correspondent EurasiaNet.org he opened the list of “suspicious” objects and began making phone calls. Unfortunately, the list includes only the address and nature of the structure (without the name of the developer), so theoretically, one address might be two constructions, one of which is in the list, the other is not.

As follows from the list on Drazhinskogo shosse, in the village of Otradnoye on the territory of Yalta built apartment building. According to the representative real estate Agency, which sells it in the apartment, the completion of the house scheduled for the second quarter of 2018, however, “now there are different excitement, check”. “So we need to understand that the input may be delayed to the third quarter,” he added gently.

“The object in any forbidden not listed, — assured the representative of the Agency. — We try not to cooperate.” What kind of object, therefore, is referred to in the list, he doesn’t know. In construction, find themselves in the list of the work are not maintained, shared his observations of the agent. Those of them which are near the Black sea, there is no activity because the Peninsula is prohibited construction work in the holiday season in 100-metroall the coastal zone (from 30 June to 30 September). “In General, someone quietly leads only internal work in parallel solving their issues with approvals. A small building of suburban real estate continues in full regardless of any bans. Not control no one,” he said.

The representative of the company engaged in construction of the third largest residential complex in Simferopol, explained that the object cannot fall under the ban, because in Simferopol, he refers to “only infill development”. The object, however, was in the original list of the government of the Republic of Crimea, however, was deleted from the updated version. Employee of the developer not explained this point.

In the real estate agencies in dealing with journalists especially Frank and trying in conversation to get away from problematic issues. The company for the sale of housing in Kerch reported that town planning Board “easy to pass, if the Builder is OK with the documents.” What about those who have paperwork problems, the Agency did not know, because “don’t work with such developers.”

The employee of Agency of real estate, which runs on the southern coast of Crimea (sells luxury real estate) explained that the way of passage of the town planning Board for each developer “individual”, not becoming to clarify what she meant. The representative of the Yalta real estate Agency said that faced with companies affected by the ban. But, in her words, “they have been tested and everything is fine.”

According to the calculations of one of the developers, “last year in the Crimea was imposed 290 thousand square meters of housing,… the budget was this amount, about 870 million rubles.”

The government of the Republic in March (before the ban) planned in 2017 to build a 300 thousand square meters of housing. The real damage from the imposed ban on the construction will become clear early next year, after the results of 2017, when Crystal will publish figures on the number of housing agencies talk about the number of sold apartments and the Crimean division of the FTS report on tax revenues.