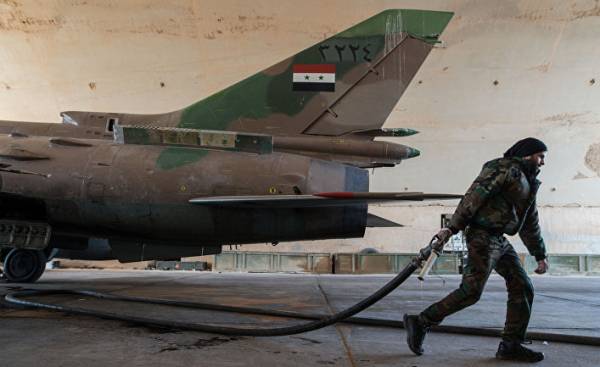 One gets the impression that the incident in the skies over Syria — a convenient excuse to add fuel to the fire of Russian-American contradictions and to bring Donald trump and President Vladimir Putin in an unpleasant conversation or even to disrupt their meeting in Hamburg. The us military could once again ignore airstrike Damascus on the opposition, as it was under former President Barack Obama. But they didn’t.

Recently the American carrier-based fighter F/A-18E was hit bomber su-22 by Syrian government forces. Syrian aircraft dropped bombs on positions controlled by the “Syrian democratic forces” in ja-DIN. According to a statement published on the website of the U.S. Navy, Syrian su-22 was downed in accordance with the rules of participation and collective self-defense partners in the antiterrorist coalition. In response to the downed Syrian plane Russia has suspended a Memorandum on safety in Syria between Russia and the USA from 2015, which provides round-the-clock communication to prevent incidents. The Russian side has suspended the Memorandum, after the United States destroyed with cruise missiles “Tomahawk” military airfield shirt, under the control of Damascus. The Ministry of defence of the Russian Federation declared intention to “take on the support means of the air defense” of any aircraft and drones in areas of combat missions videoconferencing in Syria. The Russian media proves that shot down a Syrian bomber carried out combat missions against ISIL (banned in Russia organization — approx. ed.).

A wedge in the negotiations, trump and Putin

U.S. military shot down a Syrian su-22 on the eve of the summit of “Big twenty” in Hamburg, which will be held July 7-8. In early June, the press Secretary of the Kremlin Dmitry Peskov reported about a possible meeting on the sidelines of the summit between presidents Vladimir Putin and Donald trump and negotiations behind closed doors. One gets the impression that the incident in the skies over Syria — a convenient excuse to add fuel to the fire of Russian-American contradictions and to bring Donald trump and President Vladimir Putin in an unpleasant conversation or even to disrupt their meeting in Hamburg. The us military could once again ignore airstrike Damascus on the opposition, as it was under former President Barack Obama. But they didn’t.

The ruling Republican party there is disagreement about future relations with Russia. President Donald trump and Secretary of state are inclined to agree with the Kremlin on cooperation in combating international terrorism. Tillerson has already held talks with Minister of foreign Affairs Sergey Lavrov in Moscow, and trump took the White house Russian diplomats were able to share confidential information about preparing provocations by Islamic extremists on Board passenger aircraft. But Tillerson and plan for the development of relations with Russia, which envisages cooperation on “strategic issues”, including the settlement of the military conflict in Syria, solving the North Korean nuclear issue and cooperation in cyber security. The plan seeks to achieve stability in the relations between Russia and the United States.

The majority of senators from the Republican and Democratic parties do not share the attempts of the administration to trump to achieve the normalization of relations with Russia. To negotiate with the Kremlin it is impossible without putting our own interests, as evidenced by the bitter experience of the “reset policy” of relations between the US and Russia of former President Barack Obama. Republican Senator Bob Corker, Chairman of the Committee on international relations, convinced that in response to the continued aggressive actions of Russia in Ukraine, Syria, the Kremlin’s meddling in the presidential campaign it is necessary to tighten the existing anti-Russian sanctions. Democratic Senator Ben Cardin believes that Russia will not change in the near future their behavior. Long before the coming to power of Donald trump’s Republican senators John McCain and Lindsey Graham offered to act in cooperation with the middle East countries and place in Syria 100 thousand troops from the armed forces of the United States and its regional allies to fight ISIS without the participation of Russia. Both senators support the removal of Bashar Assad from the presidency and the transfer of power in Syria of the opposition.

Do not share the approach of Donald trump and Rex Tillerson against Russia and some members of the current administration. The Minister of defence James Mattis, a marine General, retired, cool to the idea of rapprochement with Russia even before his appointment. In his opinion, the threat from Russia is underestimated by the Obama administration. Mattis believes the Assad regime supported by Russia, are responsible for the use of chemical weapons against the opposition. The Minister is convinced that the United States should, in addition to combating ISIS to take “additional steps” in Syria in case of use of chemical weapons. He gently reacted to Russia’s proposal to establish a no-fly security zones in Syria, considering that you first need to verify “health” of the Russian initiative. Cool to rapprochement with the Russian Federation is Vice-President Michael Penny. During the election campaign, he said that the Russian leadership has no right to dictate terms to the United States, and the provocation of Russia to meet American power. Penny said that USA should be ready to use military force to strike military targets of the Assad regime.

Shot down a Syrian su-22 fully reflects the sentiments of a significant number of Republicans who do not see prospects of a constructive dialogue between the US and Russia. The Pentagon, however, and individual U.S. military pilot, does not coordinate every action personally with the President. The US military command have acted on the situation. Syrian bomber was shot down, having a good reason for it. VKS RF act similarly in the Syrian conflict, providing air cover for the Syrian army of Bashar al-Assad during ground operations against opposition forces. Republicans and Democrats interested in the topic of the downed su-22 revealed the true uncompromising stance of Russia on Syrian issue at the talks in Hamburg, if they take place. Gap Memorandum 2015 and the intention to accompany us aircraft air defense has said that the Russian government is considering support for the Assad regime a higher priority than the establishment of relations with the United States.

The argument for toughening anti-Russian sanctions

The incident with the su-22 is the best part of American politicians who expect Donald trump tougher action against Russia. Senate Republicans and Democrats can use the reaction of Russia on downed Syrian bomber as an additional argument to justify the necessity of tightening sanctions on Russia. Yesterday the majority of senators approved the bill “On countering Russian influence in Europe and Eurasia”, which involves the tightening of sanctions against Russia, the proliferation of restrictive measures in the oil and gas sector, the prohibition of foreign financing of construction of new Russian pipelines. Senator John McCain called Russia’s reaction outrageous and believes that the United States must take the necessary steps to protect their soldiers and partners.

In the United States and Europe promoted the view that Russia is threatening to use military force against the American military shot down a Syrian bomber. Edition of the New York Post, DieWelt regard Russia’s intention to take on the support means of the air defense of American aircraft as a threat to U.S. troops. In the information campaign involved media company FoxNews, which has the reputation of being the mouthpiece of the Republican party. On the Fox News website published an article in which the representatives of the defense agencies of the United States shared his opinion about the harsh response by Russia to the downed su-22. Pentagon spokesman captain Jeff Davis is convinced that the American military pilots must refrain from self-defence in case of threat from the Russian Federation. Press Secretary of the Ministry of defense, major Adrian Rankin-Holloway stated that the air forces of the antiterrorist coalition intend to continue operations throughout Syria, airstrikes on ISIS positions and provide air cover to its partners.

The Republicans can try to convince members of the house of representatives of the U.S. Congress and President Donald trump to approve a bill to toughen anti-Russian sanctions, citing the fact that Russia poses a threat to life and security of the U.S. military for its actions in Syria. The threat of force requires a response from the United States. Protection of American citizens is one of national interest and a strong argument to require the White House to increase pressure on Russia. If Donald trump will soon be to avoid tightening sanctions on Russia and to demonstrate to Vladimir Putin and other Russian officials their intention to agree on cooperation, the credibility of the President will begin to fade not only among party members but also among the American military — the traditional electorate of the Republican party.

Shot down a Syrian su-22 is muscle-flexing and a good example of that are willing to go to the United States to protect their interests. This military action is an addition to the bill “On countering Russian influence in Europe and Eurasia” on the eve of the summit of “Big twenty” in Hamburg. The U.S. military and the senators make it clear to the Russian leadership that if Russia continues to bend the line in regions where the US has its interests, its leadership and military met with stiff resistance, even if in the oval office will disagree.

The American public has another reason to require Donald trump to more actively assist in the investigation of Russian interference in the presidential campaign and forced Russia to peace in Ukraine and Syria. American political and military leaders interested in the fact that trump has finally made it clear to Putin that the authorities in the US have come hard to people who do not intend to close its eyes to provocation of the Kremlin. 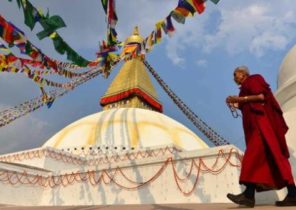