Protests in Russia is good. And not because Putin can now lose the election. Can’t. And not because Russia is now closer to the liberal revolution. Not close. It is simply impossible in Russia. And not because there is awakened civil society, which then itself will force the Kremlin to withdraw from Donbass and Crimea will give. Do not give up. Because “he’s not a sandwich to it back and forth.”

Protests in Russia are good because of the power they will react. And not dismissal of Medvedev. It’s just impossible now. Because Putin is not doing anything under pressure. And if the protesters are opposed to Medvedev, it is a guarantee that he will remain in office. But we’re just a little worried. We do not care who it is they have in Russia, Prime Minister. If he is not the eye, of course. But while such joy we can not see, so still.

But the reaction of the authorities will be different. The Russians certainly spooked again and begin to tighten the screws. To do something stupid. So, God forbid, they have a presidential election in 2018 Maidan happened. So they will endanger their economies. And that’s fine. Because our Russia war is the confrontation between economies. Who will last longer, wins. Whose will be more successful, and he will win. And while we are lagging very far behind. Without the help of the Kremlin, certainly we won’t catch them. The Russians certainly again will be frightened and begin to tighten the nuts to do something stupid

The crisis in the Russian economy did not begin with the Crimea, and not even with the fall in oil prices. It’s only worsened. It all started with the fact that the economy has ceased to go investment. 2011. After Putin returned. After broke up protests on Bolotnaya. After he began to tighten the screws.

The economy — she feels everything. And it. And now, too. And in the context of our confrontation with Russia, amid all the nonsense that we ourselves undermine our economy, it is extremely important to the economy of Russia fell. Still she was not our main trading partner. And we have nothing to fear of falling demand for our cheeses or pipe.

And restore, which only emerged in the Russian economy, now again will be jeopardized. By the actions of the Russian authorities. Which, maybe they still do not realize it. But will definitely take. Because a reflex. Unconditioned reflex. And this is most important for us in the Russian protests. Everything else is irrelevant. 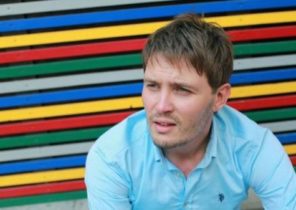