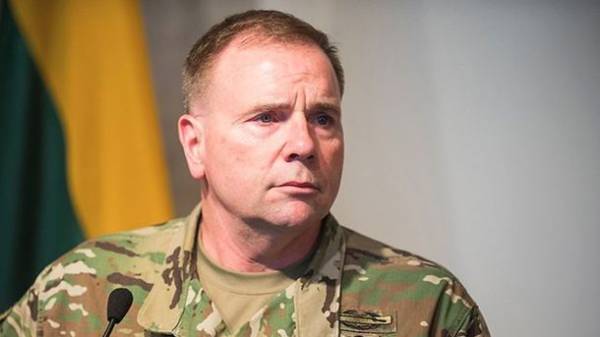 At the moment the United States has provided the Ukrainian army is almost $ 600 million in military support – training and equipment. About it in interview “Censor.NO,” said the commander of the U.S. army in Europe, Lieutenant General Ben Hodges.

In his opinion, the West and particularly the United States quite clearly voiced its support for Ukraine.

“The Secretary of state was just here. And his message was as clear as possible. The NATO Secretary General spoke very clearly. So I think that the West is very clearly voiced its support for Ukraine. The United States has provided almost $ 600 million in military support – training and equipment. We have the largest budget for military training dedicated to Ukraine, more than anywhere else in Europe. The United States is very serious, we are committing money and people. I always see the signal over the signal that the US and the West support Ukraine. We have 300 soldiers now live in Ukraine and help to train Ukrainian troops. It’s a hell of a powerful support,” he said.

The Hodges said that US policy on granting Ukraine lethal weapons all the time reviewed.

“But if we supply all the lethal weapons or whatever else people want? Yet. But this policy is being revised all the time, I think. I see only strong support from the Congress. I often come to Ukraine. As for the partner country and NATO member, you get great support in a very difficult situation,” – said the commander of the U.S. army in Europe.

Previously Ben Hodges said that the us military is aware of the presence and the movement of Russian troops near the Ukrainian border, and even in Syria.