In the spirit of the cold war, the Russian Navy quietly developing a completely new category of submarines and their unique features can affect the nature of submarine warfare. Lead boat of the new project “Khabarovsk” should be launched in this month. In my opinion, this is a major submarine 2020s years since she entered service to the inventive and powerful opponent.

Other Navy is unlikely to be able to create something similar, but they definitely want something she countered. Underwater game of cat and mouse, in which the American anti-submarine submarines will carefully track Russian, may flare up with new force. But this time, the order will not be submarines with ballistic missiles. Khabarovsk will have to adopt a giant nuclear-propelled torpedo “Poseidon.”

Russia has managed to keep secret many of the characteristics of the submarine. About this big boat with a nuclear power plant is little known, especially in comparison with the Western samples. Therefore, military analysts are waiting for its launch eagerly.

When “Khabarovsk” will be launched?

Despite the rumors that this event will occur in the near future, analysis of the shipbuilding company, which built “Khabarovsk”, does not allow to draw any specific conclusions. We know that boat building in the first workshop production Association “Sevmash” in the Northern city of Severodvinsk. This information is nothing special, but it means that we can follow some characteristic features indicating the approaching descent.

After that, the entire basin fills with water, so the submarine could stay afloat. With this there will be some problems, because there is a major modernization nuclear missile cruiser “Admiral Nakhimov”. Case it certainly is waterproof, but everything connected with the work, will have to be removed.

None of this we do not see. In addition, the path of the most probable route of the boat is the big red barge. Judging by the satellite images, this barge is there in the same position since July of last year. Date of descent “Khabarovsk” on the water may seem overly optimistic, but it cannot be ruled out. Only time will tell.

What is known about this submarine?

That there is a boat project 08951, no one’s secrets didn’t, but Russian sources say very little about it. The picture emerges gradually, based on old-fashioned analysis and data from a few sources.

The “Khabarovsk” will certainly be a lot in common with the impact of strategic submarines of project Northwind. This will help to reduce costs and make the boat more stealthy in comparison with many other submarines of the Russian Navy. The front half of the case will take six huge torpedoes “Poseidon.” This is the uniqueness of a new submarine.

“Poseidon”, also known as “Status-6” and have a NATO reporting name Kanyon with nuclear propulsion and nuclear warheads. This gives it virtually unlimited cruising range. Therefore, the “Poseidon” will be a serious threat to coastal U.S. cities such as new York and Los Angeles. Russian defense Ministry calls it a multi-purpose weapon and claims that this machine can be used against aircraft carrier battle groups of the U.S. Navy.

In fact, “Khabarovsk” not the first Russian submarine equipped with a “Poseidon”. In Russian there is no less mysterious boat “special purpose” (read: spy submarine) “Belgorod, launched on 23 April last year. It will also be equipped with six vehicles “Poseidon.” But it will have a dual purpose. It will also become a carrier for deep sea mini-submarine “Losharik”. This combination (spy submarine and a platform for strategic weapons) seems a bit contradictory.

With the program “Belgorod” the Navy may be a delay because “Losharik” is in serious need of repair. 1 July 2019 on the boat there was a serious accident with loss of life. Therefore, “Khabarovsk” can still beat “Belgorod” and become the first host of “Poseidon” in a combat fleet.

“Khabarovsk” will not be the last submarine with “Poseidon”. It is planned to build two boats of the project 09853. Total in Russia will be four submarines with “Poseidon”, six on each. About this new project you know even less.

The changing nature of submarine warfare

If the plans of Russia will not change, “Khabarovsk” all the next decade will be the center of attention of Western experts in anti-submarine warfare. Special attention this boat will give the U.S. Navy and Britain, whose nuclear submarines have long been watching Russian submarine forces. Equipped with “Poseidon” submarines will pose new challenges to these submarine-hunters.

In particular, the time needed to create new weapons, capable of intercepting “of Poseidon”. The speed and depth of this unit makes it virtually immune to the current generation of modern torpedoes. Maybe catch up with “Poseidon” fails the American remote-controlled torpedo, long-range Mk.48 ADCAP torpedo and the Navy of Britain Spearfish. But the angles and distances of the Russian apparatus to reduce this possibility. Thus, West will need a faster, deeper diving and have a large range of torpedoes.

Perhaps this is what is expected and the creators of “Poseidon”. To deal with this torpedo, the West will need a lot of money. And it is quite appropriate compromises. Other priorities can be sidelined, to make way for the development of tools to counter the “Poseidon”. But it would weaken the work in other areas.

Today hardly anyone in the West even heard of such a submarine. But she should be watched. 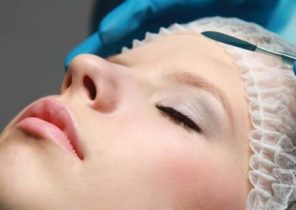 Truth and slander in plastic surgery