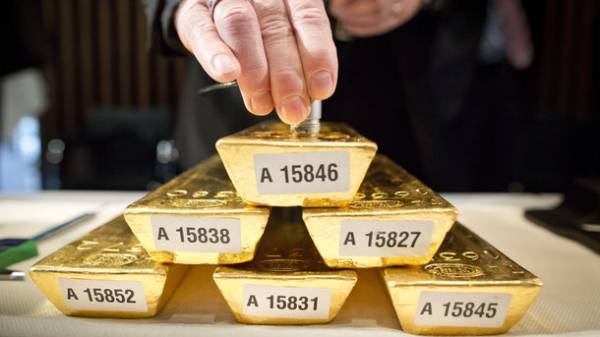 In recent time significantly increased the demand for gold. So, in China in the first half of the year the demand for gold bullion rose by more than half, as investors sought refuge from the financial and geopolitical risks. Sales rose 51%, to 158,4 tons, compared with last year, according to the Chinese gold Association (China Gold Association, CGA).

The total consumption of gold increased by almost 10%, to tons of 545.2, including 330,8 tons for sale of jewelry. Industrial demand and other uses increased by 9%.

“In the beginning of this year, demand for gold has increased due to the weakening of the Chinese currency and instability in the stock market and worries about the slowdown in property prices. Physical gold plays an important role in the investment portfolio of Chinese residents. Gold demand among investors as a store of wealth since the global markets are fragile, and the fed increases interest rates and increases in geopolitical uncertainty,” explains the analyst of Alpari Vladislav Antonov.

In the first half of the volume of domestic production, including production from imported raw materials fell by 6% to 241,5 tons, against strict laws on the environment and depletion of mines.

“Price fixing above 1 $ 275. the medium will provoke sellers to close short positions. Bullish trend will intensify. If the price rebounds from 1 296 USD. is not followed, then preparing for its rise in price to 1 $ 356. to 5 September 2017” – experts predict.