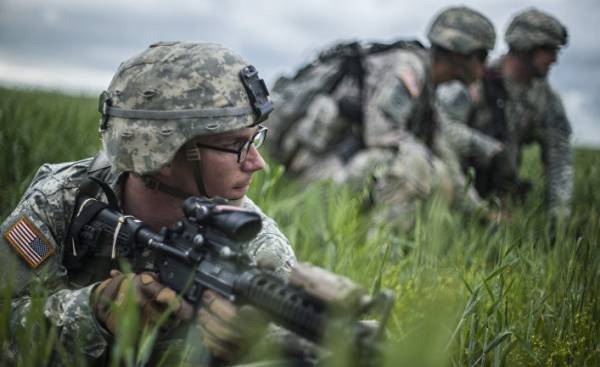 The Kosovo security force are not armed with heavy machinery, however, have considerable infantry and special forces, as well as the appropriate logistics. These forces were created and trained by NATO.

Because of the statement of Pristina about the plans for the establishment of the army and threats to stop the Brussels dialogue, the President of Serbia Tomislav Nikolic met today in 13 hours meeting of the national security Council. Military analyst, retired Colonel Goran, Jevtovic said the “Satellite” that the meeting of the Council in connection with the creation of a “Kosovo army” opozdal for five years, because the army has long been formed, though called differently.

According to Avtoviza, the official name of the Kosovo security Force. They are armed with heavy equipment, however, have considerable infantry and special forces, as well as the appropriate logistics.

“This “Kosovo army” formed NATO. Five years ago, the Ministry of Kosovo security forces security was headed by General Rahman Rama, who is also commander of the operational zone Shalya in 1998-1999 the composition of the Kosovo liberation Army. There are deliberative, command group NATO created the Kosovo security Force in accordance with the procedures of the Alliance. Problem is in name only and change of official strategy and doctrine, which is not yet provided for the protection of the territorial integrity and sovereignty of the so-called state of Kosovo. Council meeting, scheduled for today, nor what is not significantly affected and will have only a sedative effect on the citizens of Serbia”.

Jevtovic, however, said that the Kosovo security Force based on never disbanded Kosovo liberation Army. According to him, if the “rewind” event 18 years ago, we’ll see how strong was the army, however, and its composition in time of peace, numbering about three thousand people and inviting several tens of thousands of trained soldiers ready to mobilize.

“The Kosovo protection corps (and this was the excuse to abandon the dissolution of the terrorist army of Kosovo) was transformed into the Kosovo security Force, and if you open their website, you will see that we are talking about a real army, which is actively involved in the program “Partnership for peace” military exercises and seminars. Officers and Junior ranks of these forces for five or six years are trained in NATO centres. The first students there are at West point, at the National College in Washington and at the Royal College in London and other schools across NATO Europe.”

Our source adds that it would be a deception to claim that the Army of Kosovo is being formed — it already exists and is functioning appropriately. The problem of our leadership in that it is concerned with form as opposed to substance and content.

Unfortunately, according to retired Colonel Avtoviza, “army of Kosovo” may very soon, within 72 hours, to turn into a powerful military force numbering several tens of thousands of people, financial and logistical support which is provided by the Alliance as a whole and its individual members. “I wonder what the Albanian and “Kosovo” the army is United in terms of training and joint exercises. They are almost physically and it poses a great threat not only for Serbia but for the entire region. And we — those who fought in Kosovo is well aware,” says Jevtovic.

He stressed that Russia in this situation can help a lot if you let it create one or two bases on the territory of Serbia.

“We urgently need to establish military cooperation with Russia, because by 2007 we destroyed the Army of Yugoslavia, did so in a planned manner, by order under the guise of NATO “Partnership for peace” in the name of a unified policy in the field of security and defense, brotherhood, love, peace and everything else that is proclaimed. Thus, we just destroyed that powerful force, which in practice has proved to be an effective protection against an extremely strong opponent. Then the peacetime army consisted of 110 thousand people, and mobilized — 450 thousand. We had 1,100 tanks, more than 3.5 thousand pieces of artillery, more than 500 armored vehicles. We have strong logistics and extensive infrastructure. And of course, now that it’s gone, all in the region pose to our country’s danger,” said Jevtovic.

The problem with modern leadership is that it wants to revive those powers, but it takes time, according to retired Colonel Goran, Jevtovic. The correct step would be to establish military cooperation with Russia as well, as did Syrian President Bashar al-Assad, because all the talk about the military neutrality is not comforting, says Jevtovic. He said that Serbia may enter into a bilateral military alliances, but will remain aloof from participation in the blocks.

“Military neutrality does not mean anything, because no one can guarantee you safety in the case of someone’s aggression. Unfortunately, numerous NATO members, as you know, tend our territory. It is foolish to talk about peace and military neutrality, when our centuries-old enemies show us what want us to do. We can’t give a geo-strategic state estimates and projections, relying only on an assumption that no one will attack us. In this sense, military neutrality — by the way, this military thing exists is absolutely illusory. The problem is that military neutrality by its very nature destroys the defenses of the nation and is particularly undesirable in the situation that exists in the world,” says Jevtovic.