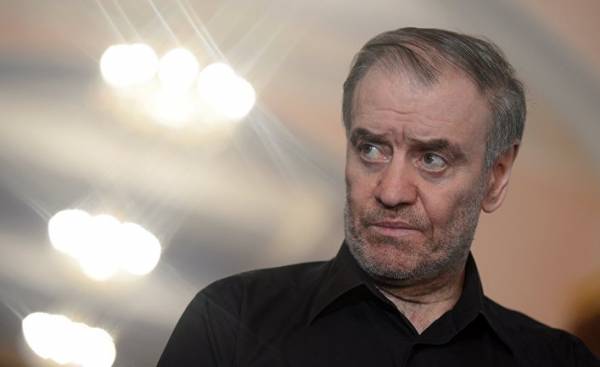 Miraculously in the same place was found the pupil of Ilya Musin, Valery Gergiev Abisalovich, the greatest living conductor and the one with the magic talent, and Srboljub Dinić, world-famous conductor and pianist, violinist Roman Simovic, leader of the London Symphony orchestra, and one of the world’s best mezzo-soprano of Milijana Nikolic. An even greater miracle that they didn’t meet in “La Scala” in Milan and not at the Vienna state Opera, and Zlatiborski site. It is clear that behind all this there should be a person who decided long ago to disperse the globalist fog and keep intact the core values, and which, though often acting alone, not stubbornly refuses this idea. It is, of course, about the Director Emir Kusturica, the ideological inspirer of the festival of classical music “Great”, which is already the fifth time was held from 13 to 15 July in Drvengrad, with the support of Gazprom-oil.

Between heaven and earth

Tchaikovsky. “1812 Overture”. Symphony orchestra “Big”. Virtuosos and students of Serbian music academies running Srboljub of Dinic. Behind them, the outlines of the mountains, filling the sky. An incredible sight for those who are here for the first time and regular guests of the festival “Great.” The intertwining of notes in perfect harmony with the capricious nature of the mountain, which is about to break out the rain and possible storm for the modern man unique painting, the revolution and the victory of aesthetics.

“In the place where were the trenches, and where during the First world visited by the Bulgarian soldiers, that is the place where there was war, today will open the fifth season of the festival “Great.” It will not fight, and to perform Tchaikovsky. And generally for us this is a real small anniversary,” said Emir Kusturica.

After Tchaikovsky violinist Roman Simovic performed works by Shostakovich and modest Mussorgsky. In the ancient town it’s a miracle. They found the children’s choir “Kolibri”, as well as all those who in the next two days were going to compete for Gold, Silver and Bronze doll. During the festival, young talents from St.-Petersburg, Tyumen, Omsk, Orenburg, Tomsk, Khanty-Mansiysk, Sochi, Serbia and Republika Srpska has performed in front of a professional jury, which included Zoran Komadina, Daniela Jovic, Director of the Center for musical talent from Couprie, as well as renowned pianist, people’s artist of Russia Yuri Rozum.

For the participants of this festival something more than an aesthetic wonder. For them it is a challenge, which was preceded by long preparations, as well as valuable experience, which they acquired in the master classes of renowned virtuosos: Roman Simovic, Tatiana Samuel and Justus Makeup. Especially interesting for the participants and guests of the festival was “Dialogue of talents” — day festival in which participants from Serbia, Republika Srpska, Russia and Belarus, beside the competition program was performed by specially prepared music.

Where you go, from a window of the wooden house to the ethno village you stuck his head everywhere until you heard the sounds of a piano, violin, cello, Tchaikovsky, Rachmaninoff and Dvorak… For a moment it might seem that Drvengrad merges with these works, and it is impossible, literally, it is unacceptable that this perfect Union of youth, music and heritage of the past collapsed. In the program “Dialogue of talents” in front of the guests of the festival were Alain Rostov (soprano, Russia), Alex Mirkovic (accordion, Serbia), Mina Radivojevic (soprano, Serbia), Elizabeth Antonov (vocals, Russia), Alexander Latinovic (violin, Serbia) Vladislav Khandogy (piano, Belarus).

“A festival of Russian music “Great” — important to the cultural life of Serbia event and one of the largest cultural projects in the framework of the social investment programme of Gazprom oil in the country. The original format and the participation of stars of the classical music promotes musical, spiritual and personal ties between Serbia and Russia, and form a unique socio-cultural space of the two brotherly countries”, — said the member of the management Board Gazprom oil Alexander Dybal.

Gergiev — in the end

Festival “Great” was also marked with a performance of piano quintet, Roman Simovic, created specifically for this music event and performed the works of Dvorak, Schubert and Rachmaninoff. The festival was also made by Tatiana Samuel, Russian-Belgian violinist, winner of awards at numerous international competitions, including the Competition named after Queen Elizabeth in Brussels, the Competition of the Sibelius in Helsinki, the international Tchaikovsky Competition in Moscow and the Competition of Mike hill in New Zealand. The festival was also made by Justus Grimm, cello, who in his rich biography appeared with the English chamber orchestra, orchestra “La Mona”, the London chamber orchestra, the Rhine Philharmonic, the Brandenburg and Bonn Philharmonic. In the evening of the third day in the program of each other were replaced by fantastic names of the world of classical music. Such a program would be envied by even the most sophisticated connoisseur of such music. For many the uninitiated, the real revelation was the performance excellent Milijana Nikolic, a brilliant Opera singer, which for these few days was replaced by the Milan Opera “La Scala” at Mecavnik. And, of course, the surprise of the festival was the arrival of the greatest conductor of our time — Valery Gergiev. Under his direction, the Symphony orchestra of the “Big” played the Overture “Romeo and Juliet” by Pyotr Ilyich Tchaikovsky. This composer have come full circle this season.

The goal of the festival, which consist in the promotion of young musicians and strengthening cultural ties between Serbia and Russia (that is why the General sponsor of the festival — Gazprom-Neft), that is, to strengthen true values, have long exceeded. We can say that “Big” has already surpassed the specified goals and its annual work ideologically justified.

Golden doll from the hands of Valery Gergiev

Among the participants of the competition program in the group from 18 to 25 years was the best Serbian accordion quintet from East Sarajevo called Accordeus. The gold medal they were awarded the artistic Director of the Mariinsky theatre conductor Valery Gergiev. The silver doll was won by flautist Ana Malkov (Novi Sad), and Bronze — pianist Ivan Damyanov (Novi Sad). In the category 13 to 17 years Golden dolls was awarded to pianist Svetlana Zvereva from St. Petersburg, Silver dolls — pianist Ian Y. from Belgrade, and Bronze dolls — Violetta Cabaeva, soprano from Omsk. 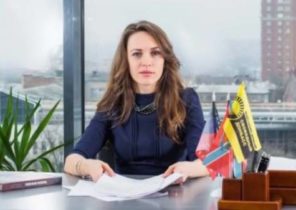 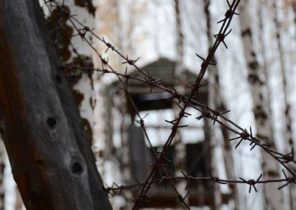