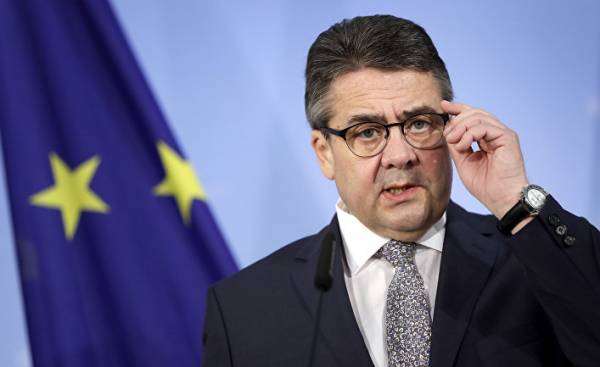 On Friday, July 28, a senior official of the German government expressed its agreement with the opinion of President Vladimir Putin, who criticized the new package of U.S. sanctions aimed at punishing Russia for its aggression in various regions of the world.

On Friday, July 28, foreign Minister of Germany, Sigmar Gabriel (Sigmar Gabriel) has suggested that the United States used the bill to impose new sanctions as a tool to support American energy companies, preventing the Europeans from doing business with their Russian competitors. In his comments reflected a key component of Russia’s position, despite the fact that German Chancellor Angela Merkel is the main critic of Putin.

“The sanctions policy is not a suitable or appropriate instrument of promotion of national interests in the sphere of export or own energy industry,” said Gabriel.

Putin made a similar charge after Congress finally approved the bill. “This is the action with aggravating circumstances and with special cynicism. Because this is a clear attempt to use its geopolitical advantages in the competitive struggle to ensure their economic interests at the expense of their allies,” Putin said Thursday, July 27, during his visit to Finland.

This charge was only one element of the Russian defense against sanctions. The Ministry of foreign Affairs of Russia supplemented the words of the President a statement of concern USA about Russian aggression has been called a fiction.

“It is well known that the Russian Federation is doing everything possible to normalize bilateral relations, develop relations and cooperation with the US on key issues on the international agenda, — said in a statement the Russian foreign Ministry. — However, the United States is under absolutely far-fetched pretext of Russian interference in their internal Affairs persist, one after another rough anti-Russian actions”.

Officials of the us intelligence agencies, worked in the administrations of Obama and trump, claim that Russia is responsible for a series of cyber-attacks and leaks of documents which were directed against Hillary Clinton and the Democratic party. Published documents of the national security Agency also point to attempts to hack into the electoral system in several States, which, however, has not led to direct interference in the voting process on election day. Russian officials, according to the state Department, also tried to intimidate American diplomats in the course of one of these incidents police outside the U.S. Embassy in Moscow, even attacked an American official who tried to get into the building.

“For too long we have sent Vladimir Putin the signal that Russia could invade their neighbors and threaten U.S. allies intensify their attacks and to intervene in elections in other States, without incurring almost any responsibility, — said the Chairman of the Senate Committee on armed services John McCain (John McCain) in June. — Unless and until Russia does not pay for their actions, this destabilizing activity will continue.”

The new sanctions prohibit companies that do business in the United States, to participate in the implementation of energy projects, in which Russia owns at least one-third of the shares. The most significant example in this case is “Nord stream-2” — the scale project on construction of gas pipeline, which is a company owned by the Russian government, is trying to build in the North of Europe.

The pipeline will strengthen Russia’s position in relation to Ukraine and Europe as a whole, and it also involved several large companies from Germany and other Western European countries.

The us Congress has taken a number of steps to appease the Europeans. In particular, in the final version of the bill, they included items that referred to the possibility of cooperation with the US and Europe in the implementation of sanctions.

“It is imperative that we stood shoulder to shoulder with our European allies to counter Russian aggression, — said the Chairman of the house Committee on foreign Affairs ed Royce (Ed Royce) during the work on this bill. Therefore, as a result of negotiations between the two parties and between the Senate and the House of representatives, we have made important changes that will strengthen transatlantic cooperation.”

Gabriel acknowledged that such concessions were indeed made, but added that Germany intends to take a tough stance in the protection of Russian-German cooperation in the energy sector.

“It’s good that Congress gave the text of the bill that the United States will need to conduct consultations with their European partners before taking any measures, he said. But our position is that we will not tolerate the extraterritorial use of US sanctions against European companies.” 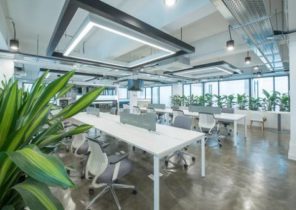