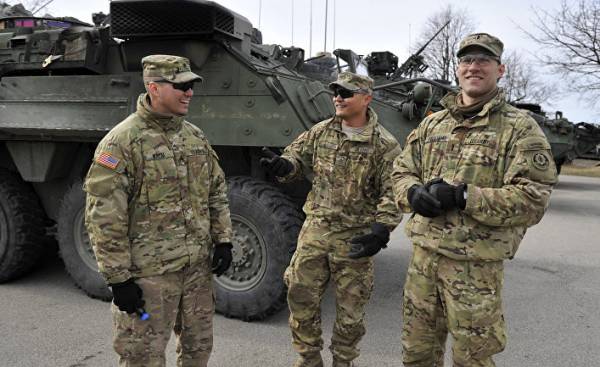 After the annexation of the Crimea, the Baltic republics are afraid that something similar could happen to them. They are afraid that under the pretext of protecting the Russian minority, the Russian neighbor with the help of little green men without insignia will do the same with them.

Unfortunately, the events of recent years suggests that such fears have grounds. First of all you need to realize that the Russian minority in the Baltic States, mainly the Russian, who moved there after the Second world war, and their descendants. That is, they settled there after the occupation of the Baltic States Russia’s accession to the Soviet Union and persecution of local residents. After the war the Russians were literally privileged nation and look down on the local population. It is not surprising that indigenous people do not really complain Russian, and so remains to this day.

After independence in the late 20th century, Russian settlers are not evicted in the same way as the Sudeten Germans in Czechoslovakia. However, they have lived in, unlike Russian, for centuries and was not brought to us the country-occupier. Russian in the Baltic States provided an opportunity to obtain full citizenship. The only condition was the examination of the history of the country and the national language (source: Wikipedia). Most Russians refused. They grieved that you are no longer a privileged nation that is no longer the prerogative in decision-making. However, they had not been oppressed. And still they are unhappy. Unfortunately, they can become the proverbial fifth column, as the Russian in the Crimea. And we need to be careful that something similar does not happen we are in Karlovy vary, where most of the city — in the hands of the Russians.

Imagine that in 1991, the Russian has not left us, and turned into a national minority, which before occupied us, as in the Baltic States. We would have to offer them Czech citizenship, if we wanted to join the European Union and other Western structures. We would require them to pass an examination in the Czech language, as required of any applicant for Czech citizenship. But the Russians refused. And Russia, on the grounds that we supposedly do not protect the rights of the Russian minority, threatened us to occupy. Or at least those regions where the Russian minority. This situation is completely identical to the Baltic. The Russians already have done this in Crimea. That’s only in the Baltics, Russian came after 1968, as to us, and for a few decades before. But the occupation is the occupation.

Russian homeland, of course, adds fuel to the fire. Russian Internet servers conduct subversive activities in the Baltic States as well as us. But, in addition, the Baltic States still broadcast Russian TV channels and radio in the Russian language, that is native to the minorities. We should not build illusions about the fact that there is sophisticated manipulative propaganda, which has only one goal — to set one against the other. And no matter whom against whom. Most importantly, that there was a reason to intervene.

Those who repeats this Russian propaganda, today we are told that the American army occupied the Baltic States. However, the Americans invited the local government and the population enthusiastically greets them (unfortunately, people are naive to think that the Americans will prevent blow Russian neighbor). And I don’t see anything in common with the occupation of Czechoslovakia in 1968. I also don’t see anything in common with the occupation in General, that is, a situation whereby the local population is subjected to harassment, and the legislation and the country’s economy completely subordinated to the occupation authorities. Despite this, Pro-Russian activists continue to repeat that the Americans occupied the Baltic States. A hundred times repeated lie must become a truth, and then “liberation” by Russia will be justified.

However, this artillery preparation takes many forms. One very active Pro-Russian Czech commentator kept saying that we are to blame for the events of 1968. If we are not duped, the Russians would’t have come to us. This is a clear preparation for the justification of the fact that if the Baltic countries are not duped, Russian they would not come. So in advance substantiates what I fear in the Baltic States.

Russia placed missiles in the middle of the European Union — in the Kaliningrad region. Russia is constantly threatening to send them to targets in Poland, Denmark and Norway due to the fact that they are planning military exercises with dozens of American soldiers. More unprecedented military aggression even hard to imagine. You only imagine what the noise would rise, if in the 20th century Americans placed in West Berlin “Pershing”.

After the occupation of Crimea by Russian President Putin, who in fact has been in power for a fourth term as President, admitted that in case of nuclear has led troops in combat readiness. What would happen if someone objected to this annexation? It is clear that if Putin decides to occupy the Baltic States, he will not fail to tell us what led missile forces in the Kaliningrad region on alert, and will do this in order to anybody even in a head has not come to mind. The aggressor, who was brutally besieged economic defeat in the cold war, realized that there is no need to compete with the free world in the economic sphere. The only let — grin, threatening weapons. This is the only thing that the aggressor can. While there, he can fly into space. But he is also beholden to the military-industrial complex, which has been and will be necessary for him.

So, unfortunately, in the Baltic States the situation is heating up. Russia simply cannot abandon their territories, captured during the Second world war. Rather, Russia wants gradually to return them. The disintegration of the European Union, that is, any split in the West, Russia only helps to achieve its. And any kind of agreement, even economically, between the Western countries to Russia as a bone in the throat. How, in your opinion, again resistance and “half-truths” that applies, for example, the free trade agreement between the US and the EU?

Just the artillery preparation is in full swing. Russia using hybrid funds, shoots not only in the Baltics but also in other regions of the world. In the Crimea she successfully tested this model and even managed to take the next step. Now, let’s hope the free world will finally learn and understand what is wrong. I’m glad that we, even a small fraction of our units in the Baltic States, help a good cause. 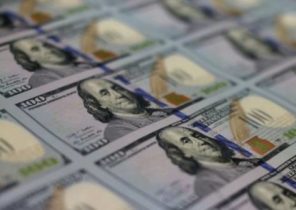