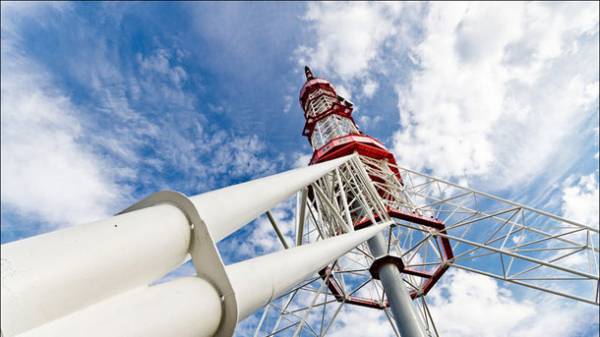 In mass media appeared information that the State enterprise “Ukrainian centre of radio frequencies” (UCRF) holds in the Volyn region of coverage measurement for digital television. And supposedly holds that “measuring complex of European quality”, which provides “ultra-high precision measurements”. Due to the fact that this is not true, the company “ZEONBUD”, as the operator of a digital network is forced to report the actual state of Affairs.

On 23 June this year, the UCRF has demonstrated the complex measuring equipment with which it was planned to measure the coverage of a digital network. The presentation was attended by specialists of our company. We understood that such measuring systems is a complex high-tech equipment and therefore can be some disadvantages. But what showed UCRF was frankly amazed, because the impression that this is a hastily collected people who have no idea about the Method “Determination of network coverage of digital terrestrial television broadcasting standard DVB-T2” (Procedure) and regulations of the International telecommunication Union (ITU), which regulates the measurement of the coverage of terrestrial digital television. The measuring system from the UCRF was not a SINGLE (!) measuring instrument or device that meets these standards.

Here is a list of just some of the glaring shortcomings of measuring equipment:

That is, in fact UCRF has not demonstrated a specialized measuring system, and a random set of “irons”, which not only passed the mandatory metrological check and have no documentary evidence of their parameters, but in General have parameters significantly worse than that provided by normative legal documents regulating of carrying out of measurements of the coverage of terrestrial digital television.

After receiving the report of the experts on these blatant shortcomings, we decided not to provide this information to state authorities and the media community, knowing that it will hurt the business reputation of the UCRF. So we sent a letter to the leadership of UCRF, outlining all identified gaps are presented of the equipment and proposed to adopt measures to ensure that both equipment and the measurements in exact accordance with the Methodology.

Simultaneously, we turned to the UCRF with a request to provide us with a schedule of measurements to be able to participate in them experts of our company, as the operator of the digital network. Recalling that the request meets the requirements of the First Vice Prime Minister of Ukraine Stepan Kubiv S. I., which is June 16, 2017 at a meeting to discuss the country’s transition to digital broadcasting drew attention to the need for mandatory participation in the measurement of all stakeholders.

In response to our letters, UCRF assured that, pending correction of identified deficiencies in the measurement will not be carried out, and the beginning of the measurements be sure to inform us in a timely manner.

And now, with surprise we read in the media, triumphant about holding UCRF large-scale measurements “complexes of European quality”, providing “ultra-high precision measurements”.

Realizing that UCRF does not comply with its obligations, we are forced now to publicly draw the attention of the UCRF on the inadmissibility of the measurement coverage of terrestrial digital television with gross violations of procedure “Determination of network coverage of digital terrestrial television broadcasting standard DVB-T2” and regulations of the international telecommunication Union (ITU). And warn that in case of further measurements with gross violation of the law, “ZEONBUD” will be forced to apply to the court for protection of its business reputation, because the measurements and their results will have a direct impact on our rights and legitimate interests.