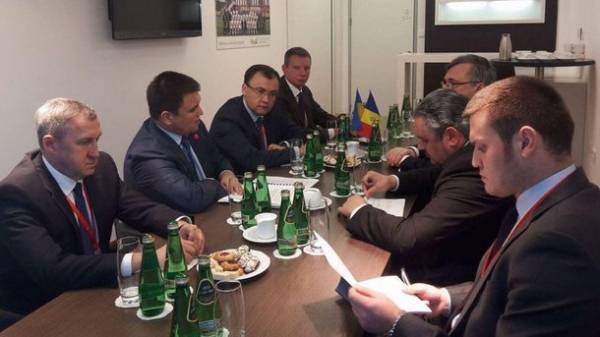 The Ministers welcomed the ongoing discussions and expressed hope for the further practical implementation of the EU project “Eastern partnership”.
“The Ministers discussed ways of further implementation of the roadmap of the Ukrainian-Moldovan cooperation in 2017, in particular in terms of border demarcation, issues of ownership and environmental protection in the Dniester”, – stated in the message.

Special attention was paid to development of border infrastructure and introduction of joint control at the Central section of the border between the two States.

The meeting was held on the sidelines of the meeting of “Eastern partnership”, Visegrad four and some EU countries, which was held today in Warsaw.

Earlier it was reported that Klimkin in Warsaw met with the Minister of defence of Poland.