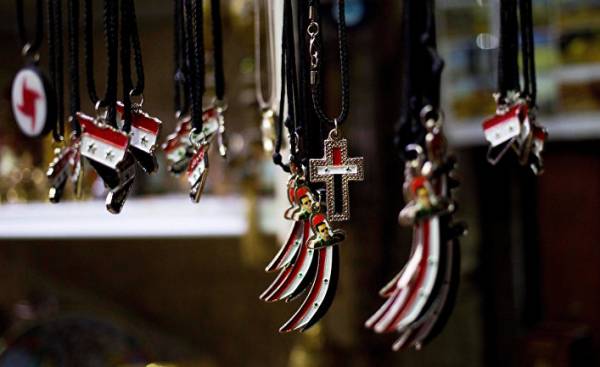 The negotiating process in Geneva has led to criticism or indifference from a large part of Syrians, including those who would seem interested in it. To some extent they are entitled to it. Meeting in Geneva, too early to call the negotiations, because the situation on the ground has not yet been determined, but, apparently, it will happen in the near future.

After the Americans ousted the Islamic state (a terrorist organization banned in Russia. — approx. TRANS.) of the most important regions, perhaps the struggle between the forces in Syria have been the logical conclusion in accordance with the rule “there is no Victor — no vanquished”, and this struggle was not conducted between the Syrians, the conflict has taken place between regional and international rivals.

Washington flexibly react to the fact that Iran cut off the Americans road leading to Deir-ez-Zor. As far as we know, the same maneuverability was displayed by Iran, when the Americans with the participation of the Russians cut off the Iranians from the border of the occupied Golan and Jordan. Recent diplomatic moves show that regional and international players are convinced of the need to move towards a political settlement of the conflict.

Of course, too early to expect positive results from these steps: such measures have repeatedly been made in the past. But this time the result may be different. The output of the “Islamic state” (a terrorist organization banned in Russia. — approx. TRANS.) from the game, the unbridled desire of Russia to find a political end its military intervention in Syria, as well as the details of the disagreements between Russia and Iran, which became public, not to mention a greater involvement of (politically) Americans in the Syrian conflict — all this leads to the establishment of a certain balance between players, which in turn requires a political settlement of the conflict and distribution “profit”.

The location of this settlement will be Geneva, where different Syrian political forces, supported by various players, will conduct fierce negotiations to finally determine the future of Syria. Still, there have been seven rounds of negotiations in Geneva, and they were all just “exercises” designed to teach the Syrian negotiators in the art of political realism.

Thanks to this “exercise” a team of negotiators from the opposition now act as a more experienced side in comparison with a delegation from the Syrian regime. The reason, speaking in simple words, is the lack of prospects of military action for most of the opposition factions, as well as in the position of those who support them. Another thing the Syrian regime, which, apparently, is still not ready to engage in serious negotiations. This is confirmed in the statement by the special representative of the United Kingdom of Syria, which has demanded from Russia to remove from office the head of the Syrian delegation at the talks in Geneva, Bashar ja’afari, in connection with the obstruction on his part to the negotiation process.

The Geneva talks never really began, what is Staffan de Mistura himself admitted the representative of the Kurdish “Democratic Union” in Geneva, when he said the last thing there have been seven rounds of consultations and discussions, but actual negotiations have not started yet.

Conversations about the Constitution, combating terrorism, providing aid, cease-fire and even about whether Assad will remain in power or not, all these are questions that are not related to talks on a final settlement of the conflict. When these negotiations begin, they will be discussed in more fundamental issues regarding the future of Syria is, in particular, the reorganization of the army and security services, as well as the distribution of powers in the sphere of control over the natural resources of Syria. In addition, it will be more clear shape “the Kurdish knot”.

However, contrary to what many think, it is likely that the solution of the Kurdish problem, which is not related to geography or demographics to the extent that it is linked to natural resources located on their territory, will be found much faster than solving the problems with the army and security.

If Bashar Assad remains in power in Damascus, then in practice this will mean a saving in his hands instruments of coercion such as the army and security services. This is the root of the Syrian problem, because these tools are the main source of power of Assad. Today we know that most of the players in the Syrian arena, either explicitly or implicitly agreed that the Syrian President will remain at his post. However, none of them ever discussed issues related to the reorganization of the army and security services, especially the first one. We all know that currently there is no such thing as the Syrian army. Instead, there are “remnants” of the army, who are the legitimate facade for the activities of local and foreign militias that are fighting for the protection of the Assad regime and its interests and its allies. Thus, when put on the discussion of a final settlement of the Syrian conflict, the question arises: what will be the fate of those armed opposition groups and militants that are involved in the negotiation process, and what is the fate of the Kurdish armed groups? Will these armed groups part of the Syrian army in the framework of the process of creating a comprehensive structure? I agree with this Asad, you will refuse it from the control of the new army, or will control only part of it?

Thus, we see that these issues were not discussed in the preparatory rounds of consultations in Geneva. The Assad regime evades answering them, and the Russian side, no doubt, afraid to answer them. Does she want to find a political solution to the conflict between the parties that are part of one country, and then ask them to disband their armed forces, not giving them a place in the future army?

Here we are faced with the question about the future of Syria, the scenario of which different. The most promising among them is the creation of a Federal Syrian army, in which each major faction would be responsible for a certain zone of influence, including parts of the “Syrian army”, remaining under the control of the Assad regime. However, this decision, if adopted, poses a more difficult question — what will the fate of foreign fighters fighting on the side of the Assad regime? If they leave the country? Who will force them to do so?

Anyway, the Russian leadership will have to more seriously consider these issues, in comparison with the Iranians, and perhaps to the decision taken by Russia will be final.

Why would neither side was expecting from the negotiation process in Geneva, until today it is not considered a real meeting place for the Syrian crisis, but may become so in the near future. 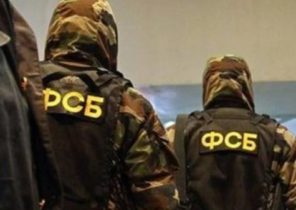