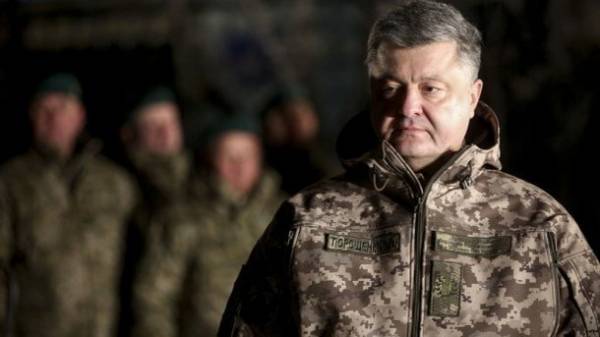 Today, July 22, the city of Lugansk region Severodonetsk, Lisichansk and Rubezhnoye – celebrate the third anniversary of liberation from occupation.

This writes the President of Petro Poroshenko in his Facebook.

“I congratulate the residents of Severodonetsk, Lysychansk and Rubizhne with the third anniversary of liberation from occupation. Today we remember with gratitude those who brought peace to the city, who moved the hell on tens of kilometers to the East and to the South and cleared from the occupation of a large part of the Donbass. Glory to Ukrainian soldiers! Donbass was, is and will be Ukrainian!” – wrote the President.

Earlier it was reported that Petro Poroshenko arrived in Pokrovsk (the Donetsk region), where he attended the 66th military mobile hospital.