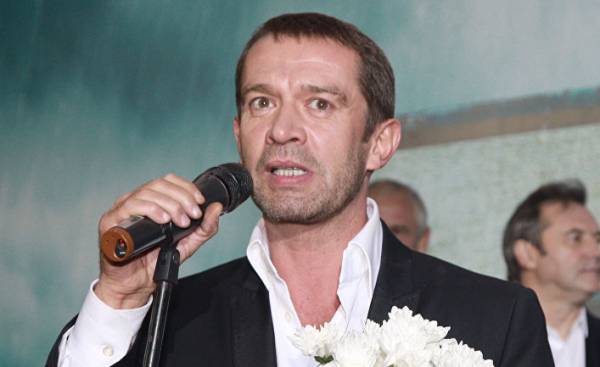 Festival Alfa Jazz Fest in Lviv will be no more. Fans of jazz music can’t be sad — next year at the same place and the same hour waiting for the Jazz Fest. The format remains the same, only sponsor other. Alfa-Bank festival Fund will no longer be, because he is a Russian, and aesthetes with the Pro-Ukrainian position has raised this question on Facebook last year.

The struggle for the Ukrainian audience — or rather, over the fence from the Russian cultural presence is not just for the “fronts” of high art. Show business here taxis even more. Atlas of the Kiev festival Weekend, which began at the end of June and closed in early July, still rattled when his fields scandal. Three participants never made, because they are citizens of Russia, has visited with concerts the occupied Crimea violated the Ukrainian laws and, in General, even by their silence support Putin’s policies. What is particularly interesting, users of the Ukrainian segment of Facebook themselves said Andrew Lysikov, better known as Dolphin. Although known is not quite the right word when talking about the artist, whose fame came in the first half of 1990‑ies. Popular artists from Russia to us did not go. The very next day after the festival a group of non-faction deputies have prepared a draft, which, becoming a law may prohibit touring the Russians in Ukraine, and, interestingly, the Ukrainians in Russia.

Coincidence or not, but exactly two years ago today came into force a law banning the Ukrainian Russian films and TV series. This has spurred its own production, which is a lot of questions, but to deny the fact that the process has begun, it is impossible. Now you need to understand what processes you go, if the legislation to pull the plug on a mutual tour.

I propose to leave out the talk about the dangers of prohibitions, even in time of war. It also makes no sense to discuss a law that has not yet been adopted and, frankly, is unlikely to be approved by the Parliament in the medium term. It is more important to answer two other questions posed by this political initiative. First: what Russian artists forgot to Ukraine? Second: how to prohibit Ukrainians to tour in Russia?

Put on the first all is clear — money. A ticket to the show, which gives a recognizable Russian, is at least two times more expensive than the same ticket to the speech of fellow citizens. Public and Patriotic stance does not encourage the domestic audience to pay more. And scandalous, but still regular tours, for example, Svetlana Loboda, Ani Lorak and other artists are not deprived of their homeland no pads, no esters, no media support. The curse of social networks and disrupted concerts on their desire to play for the curb is not affected. Russia, despite sanctions and a different version of the “Anaconda plan”, still rich. There is more pay.

But if so — and so!, then with a frightened Russian artists go to Ukraine? We are a state that is less than the RF size. And the population is much inferior. The decline in the solvency of Ukrainians recognize the first person in the state. A majority of Russians according to a recent poll think the Ukrainians enemies. What a thrill to sing in enemy territory to the enemy? Yes, actually what happens: great Russia, and nowhere to be, except in the Ukraine?

However, if a Dolphin can wrap on the border, and Vladimir Mashkov — to prevent a play Gotsman in Odessa, then the answer to the second question will be very difficult. Ukrainian artists were not in Russia, and there need to not let the Russian laws. But they are other stars out there are happy to see. It turns out, the audience in Russia our touring guards must stop, bristling with machine guns. Gentlemen legislators, you imagine the process this way? And why the ban will also apply to artists? Unless they got in Russia, the risk of freedom and life? It is their security-concerned parliamentarians, explaining the reasons for the possible ban to appear on the territory of the aggressor country.

But really need to attend to civic consciousness. And not only Ukrainian artists, floating on a Pro-Russian wave. But citizenship — it is either there or it is not. No laws, even timely, it can not be forge and do not fix it.