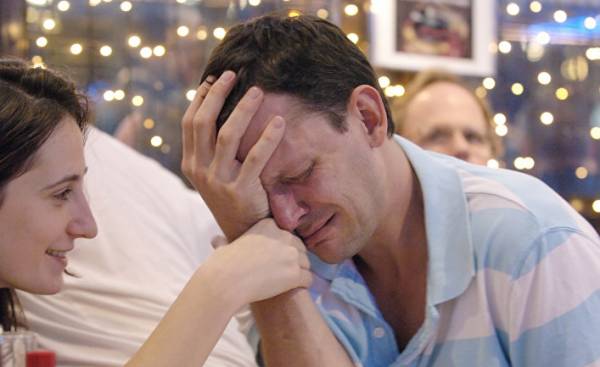 In accordance with the results of a recent study commissioned by the social security administration Office of Finland (KELA), for the treatment of chronic fatigue syndrome of the Finnish doctors need to make a single standard recommendation. At the moment, the diagnosis and treatment of the syndrome in Finland is very diverse.

The study was done for KELA NEKOMMERCHESKOE public organization Summaryx Oy, which conducts analysis of the methods of treatment used in healthcare.

“Currently, treatments are very diverse. The situation where some patients complain that a diagnosis of chronic fatigue syndrome is not put, because doctors do not know how to treat him is unacceptable,” — says the Executive Director and licentiate of health Sciences, parsnips iris (Iris Pasternack). (Licentiate — a degree in Finland, occupying the position between the master’s and doctoral degrees — approx. TRANS.)

The symptoms can cause significant decrease in efficiency and seriously impairs the patient’s quality of life. Chronic fatigue syndrome often strikes after a previous infection or severe stress.

Causes of chronic fatigue syndrome is not established, and studies of methods of its treatment at present.

The KELA study is a systematic review of the literature devoted to the study of chronic fatigue syndrome, as well as selective surveys of patients and physicians.

The survey results indicate that in Finland apply the treatments which have no scientific basis. These are, for example, ultrasound therapy, craniosacral therapy, and speech therapy.

Olli Polo (Olli Polo), associate Professor of physiology specializing in the research of sleep, for ten years studying and treating patients suffering from chronic fatigue syndrome. In his opinion, the biggest problem is that the criteria for diagnosis of the disease is not currently defined, and in practice, the disease is defined as a depression.

Suffering from fatigue, the patients receive a large number of points in surveys designed to diagnose depression, which only contributes to misdiagnosis.

Patients suffering from depression in the morning as you get out of bed, but don’t want it. The patient, who suffers from chronic fatigue syndrome, would like to stand but can’t do it.

“Chronic fatigue syndrome is accompanied with physical symptoms. For example, disturbances of the heartbeat, weakness in legs, dizziness and prolonged fatigue after exertion. The patient experiences cognitive impairment, distracted, unable to concentrate and to find the words,” says Polo.

According to Polo, in practice, the symptoms, the cause of which cannot be determined, klassificeret as mental. In this case, the physician is no longer required to look for an explanation.

Early epilepsy and restless leg syndrome considered a mental illness until until has not demonstrated that epilepsy causes a disturbance of electrical activity in the brain and restless legs syndrome is associated with nocturnal oxygen starvation.

Chronic fatigue syndrome, according to Polo, is another serious “mental” illness, physical nature of which remains to be understood.

According to iris Pasternak, problems with diagnosis arise from the fact that Board books doctors do not recommendations for treatment of chronic fatigue syndrome.

“The recommendations of the medical society Duodecim the Finnish medical doctors use in their everyday practice. Based on them, the doctors can identify and unify the methods of treatment. It would be possible to gather a working group of doctors, specialists and patients to together they made recommendations for treatment of chronic fatigue syndrome,” says Pasternak.

According to Olli Polo, the team responsible for writing public recommendations, believes the recommendations would be premature, because reliable results proving the effectiveness and safety of treatments, yet.

According to Polo, at this stage the recommendations were very timely. They’d confirmed the existence of this disease, and brought the criteria for its diagnosis to all doctors. This would give the ability to collect statistical data about its prevalence.

Part of doctors continues to deny the existence of chronic fatigue syndrome, and does not consider the diverse symptoms patients compelling and connected.

The plausibility particularly influenced by the fact that the doctor rarely meets with a patient in a serious condition.

“It’s hard to believe when he clearly explains that sometimes cannot find the right words. During the reception, the patient focuses on to be able to tell the doctor about your symptoms. But when he goes home and the tension eased, the symptoms come back. Many say that after visiting the doctor have to recover for a few days,” says Polo.

The patient can read a lot of information about their illness on the Internet, which may have created an impression that he knows about the disease more of a doctor. Physician relationship with the patient be in this case difficult. According to Polo, some doctors react to it negatively, although often patients are right in the formulation of their diagnosis.

Patients suffering from chronic fatigue syndrome, according to Polo — smart, prone to perfectionism and logically thinking people. Before the start of the disease they could be athletes, artists or tireless workaholics, who all the time had something to do.

“They are not satisfied with the diagnosis of depression because they believe that asking a few questions, the doctor may not understand their multiple symptoms.”

From the point of view of diagnostics the biggest problem really is the culture of care, where they treat only one organ, without considering the disease in the complex.

The root cause of chronic fatigue syndrome is unknown, but according to Olli Polo, international studies are on the threshold of discovery. It seems that the cause of the symptoms is lack of obtaining cells of oxygen and inadequate production of energy, against which there is a failure in the regulation of the autonomic nervous system and immune mechanisms.

The sympathetic nervous system regulates circulation, respiration, digestion and water balance. She is responsible for ensuring that cells receive the energy and oxygen it provides is essential for life.

When chronic fatigue syndrome the activity of the sympathetic nervous system is disturbed, so the cells suffer from lack of energy.

“Success in work, sports or Hobbies are an attempt of patients to solve their problem. Often they are accused of what they’ve been exhausting yourself with excessive activities. But they would be even worse, because the holiday began to cause them suffering,” concludes Polo.

According to Polo, an overactive lifestyle and inability to stay are already symptoms that you should be able to recognize.

Such people infection or severe stress can run chronic fatigue syndrome because they can be the last straw for the overloaded sympathetic nervous system.

According to Polo, about 10-15% of Finns are prone to chronic fatigue syndrome.

“Many of them are, for example, bold thinkers who defend justice and call for change in society. Medicine needs to acknowledge the existence of this special group of people, because it can be prone to complications after vaccination and the diseases caused by mold. We are talking about patients that cost the health care is more expensive than others and the number is growing”. 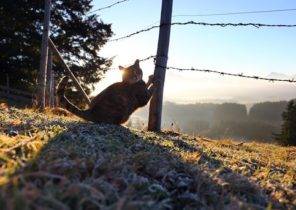 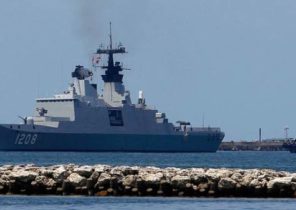