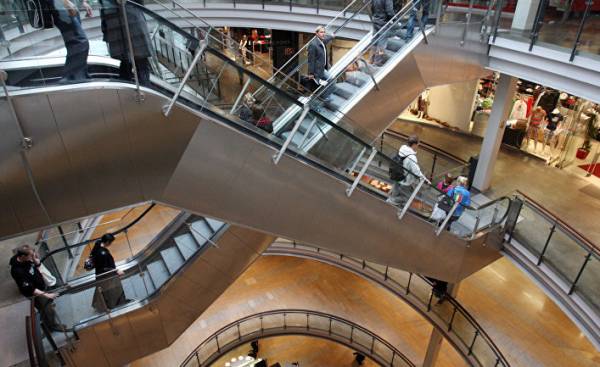 Near Helsinki is a network of underground tunnels, corridors and shelters length of over 200 kilometers. July 14, the American edition of the Wall Street Journal published an article about the significance of the tunnels for the defense of the country.

According to the newspaper, at that time, while Russia is preparing a large-scale military exercises “West-2017”, Finland rehearses a reflection of a possible attack similar to the occupation of the Crimea in 2014. Then the special purpose units without insignia quickly seized government buildings, and after the dubious referendum in Crimea was annexed by the Russian Federation.

The military expert of Pulkki Arto (Arto Pulkki) said that Finland is not afraid of Russia. To this issue in Finland, however, take very seriously, as in the other countries of the Baltic sea region.

“Russia’s actions in Crimea and Eastern Ukraine has led to the fact that the defence forces of Finland began to focus on practice, not training. This is especially noticeable in the army,” says Pulkki.

For example, how to pay attention to Pulkki, last week entered into force the law, which kriminalitaet “little green men”, i.e. soldiers without insignia.

A network of tunnels do exist. Arto of Pulkki noted that it is based since the late 1950s. Underground spaces in Helsinki was designed for use in peacetime. The idea of using them for military purposes were secondary.

“The defence forces of Finland, there is no secret trains, which will replace the subway train, in a crisis situation,” says Pulkki.

The Wall Street Journal reports that in March in Finland has conducted exercises to attack scenario similar to the occupation of the Crimea. Pulkki said that such exercises were regularly conducted before the events of the spring of 2014. Thus, they are not related to upcoming military exercises of Russia.

“These exercises were conducted regularly in Finland for many decades. A strategic strike or an invasion — one of the possible military scenarios. It can begin with a small invading soldiers without insignia, descent air assault or amphibious landing on the shores of the territories located near the capital”.

In the event of an invasion, according to Pulkki, from the network of tunnels is a special kind of useless. He says that in such a situation in the country, likely to move on the surface of the earth.

“Then we will focus on small groups strategies based on unexpected beats. To reflect such strikes is most important — not asylum, and the most rapid movement”.

The network of tunnels would be a Grand advantage in that case, if in Helsinki was carried out over large-scale battles. According to the Wall Street Journal, the tunnels will be able to accommodate more 600 thousand people. Arto of Pulci, however, says that if in Helsinki will be fighting, it would mean that the conflict has gone too far. In this case, all inhabitants should be evacuated.

“If Helsinki will be fighting, the underground tunnels will give the Finns a huge advantage. Between the buildings and districts of Helsinki will be possible to move beyond the knowledge and control of the enemy. Defenders are difficult to dislodge from a city with a large number of underground facilities”.

Pulkki says: do I need to destroy Finland generally lead an underground battle? According to him, modern society is very vulnerable to energy and food supply.

“There are other ways to influence the state leaders of Finland and residents of the capital. For example, power plants and high-voltage power lines are located predominantly on the surface of the earth. Exerting influence on them, for example, in winter, it is possible to provoke the situation, when you have to evacuate the entire Metropolitan region. You do not need foreign soldiers with insignia or without them.”

In addition to the subway tunnels under Helsinki are, for example, the tunnels necessary to service the city. The most famous of them — a tunnel to Suomenlinna, which is on the bottom of the sea. The task of the tunnel in the center of the city is to provide fast transport links of the centre with shops and businesses. With the so-called tunnels and public areas is the power supply, heat supply, centralized cooling, power, it are telecommunications lines. This saves space on the earth’s surface and ensures safety.

“In the event of a military crisis such tunnels to move large groups of people. Tunnels for maintenance of the city as road tunnels, can be used for placing weapons systems, for example, to missile defense systems and coastal defense. In the tunnel they will be protected against attack and detection by the enemy. Under certain conditions they can also be moved underground,” says Arto of Polkki.

In addition, under the earth there are energy reserves in case of crisis — for example, supplies of fuel and coal. However, the shelters for the population are not recommended for use for military purposes. Pulkki says that the military law and international humanitarian law unequivocally prohibits the use of shelters for the population for military purposes. In everyday life such shelters, for example, Parking for residents.

“The Geneva accords prohibit military use of civilian shelter, as well as armed military action against them. It is assumed that civilian objects must always be protected. In Helsinki, however, remember how the Soviet Union started the Winter war, bombing many civilian targets in Helsinki. Unfortunately, in many crisis situations, the designation of safe havens are not taken into account, and they become targets of war”.

Pulkki says that almost all the information about the tunnels in Helsinki is in the public domain. Published even maps of the underground tunnels of the city. It turns out that a potential enemy has access to the data, but, according to Pulci, a system of tunnels does not become worse.