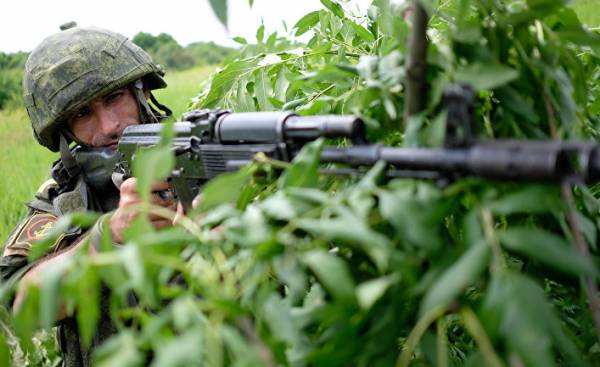 Recently, the world’s attention is focused mainly on fighting ISIS (a terrorist organization banned in Russia — approx. ed.) in Iraq and Syria, which is quite reasonable. After the terrorist attacks in London and Manchester the majority of people show a keen interest in the liberation of Mosul from ISIS militants and how fanatical jihadists may respond to the loss of its self-proclaimed Caliphate.

In this regard, many quite easy to lose sight of the measures that are taken to deal with even more serious potential threat to our security, namely with Russia Vladimir Putin.

From anxiety in connection with the potential threat that Moscow poses to the security of the West, many distracting soap Opera unfolding in Washington around alleged illegal contacts between the representatives of the camp of the tramp with the Russian government during last year’s election campaign.

This distraction plays into the hands of Mr. Putin, because it gives Moscow the opportunity to continue to sow the seeds of political instability throughout Europe.

Given the fact that earlier in July, Ukraine adopted a decision to start drawing up a plan for preparation for NATO membership, many military strategists agree that in the near future, Moscow will increase the intensity of their attempts to weaken Western democracies.

Ukraine’s decision is unlikely to be welcome in the Kremlin, which continues strongly to oppose further expansion of NATO’s borders into regions, which it considers its traditional sphere of influence.

The invasion and illegal annexation of the Crimea together with military occupation of the Donbass starting in 2014 were intended to prevent the Ukrainian government to establish closer ties with Europe.

The same picture could be observed in the Balkans where, for example, of the attempt of Montenegro to join NATO forced Moscow to support the assassination of the Prime Minister of the country.

Thus, the protection of Ukraine and other countries who want to develop a closer relationship with the West, became one of the main priorities of NATO.

To this end, the Minister of defence of the United Kingdom sir Michael Fallon (Michael Fallon) earlier this week said that Britain is preparing to expand its program for training Ukrainian servicemen, including new courses that will teach them how to repel the attacks of the snipers, armored vehicles and mortars.

Over the past three years, approximately 2.7 thousand Ukrainian military were killed and 10 thousand wounded, and the British program will allow Ukrainians to be better prepared to attack their Russian opponents. As sir Michael, these measures are necessary to protect the armed forces of Ukraine of new instruments of “Russian aggression”.

Moreover, great Britain undertook this obligation in a time when the total number of British military forces and facilities deployed in Europe to counter the Russian threat, is approximately equal to the number of its forces and means involved in the fight against ISIS in Syria and Iraq.

In NATO operations in Europe, which is part of a campaign to contain Russia, now attended by nearly a thousand British soldiers.

In addition to the units in Estonia and Poland, four fighter Typhoon RAF are in Romania, where they help to patrol the airspace, and the ultra-modern destroyer “Duncan” is the head of the naval group of NATO in the Black sea.

Although compared to the U.S. contribution, such a contribution NATO can be considered as very modest, the number and variety of the British funds involved in confronting the Russian threat, suggests how seriously the government takes this threat.

One senior British official said: “Most of Putin’s steps aimed at the destabilization of Europe are more manifestations of opportunism than part of a larger strategy to destroy the West. But we are very concerned that it could prevent a serious miscalculation that will lead to open conflict between Russia and the West.”

Now the question is, will the increased military presence of NATO on the Eastern and southern border of the Alliance to keep the Kremlin under control, or Mr. Putin will just find an alternative to intimidation by military means, to achieve their goals.

Regardless of the outcome of investigations into alleged ties of Mr. trump with Russia, now there is no doubt that Russian hackers deliberately made their attack during the period of the last year’s election campaign.

And Mr. Putin may come to the conclusion that if further acts of military adventurism too problematic, he may carry out attacks in cyberspace to achieve their goal, which is weakening the European democracies and elections in Germany could be his main target.

Russian hackers have hacked the computer network of the Bundestag, to gain access to confidential emails of German politicians, and now Berlin is preparing for further attacks in the run-up to September elections.

Thus, while Mr. Putin remains President of Russia, Moscow will be a much more serious threat to long-term stability of Europe than the followers of ISIS.