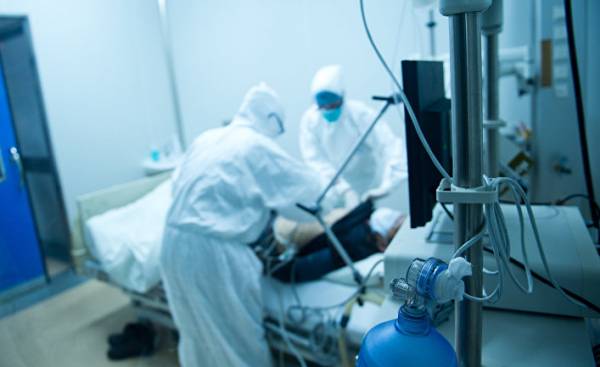 Reputable British surgeon with long experience Henry Marsh (Henry Marsh) movingly recounts in his new book, “do No harm. About life, death, and neurosurgery” (Stories of Life, Death, and Brain Surgery) that money does not always determine the physician’s decision.

The interests of the patient are not so simple question as it seems, especially in neurosurgery.

“Technically not neurosurgery complex than any other kind of surgery, but if something goes wrong, the consequences can be really terrible,” says Henry Marsh, in an interview with the newspaper Helsingin Sanomat.

Sometimes the decision about the operation to take very easily. For example, in the case of direct threat of life of the patient. If the artery suddenly bursts in the head of healthy person, of course, this problem will try to solve it. But what if during the surgery, and her decision not to have their good side, and the risk of death?

The home of March, in the UK, the decision on carrying out of the operation entirely in the hands of the patient. Doctors propose options, inform about probabilities and risks, Express their opinions, but the final decision is made by the patient. Then he signs the paper, which confirms that it is aware of the potential risks and give permission for the operation.

In his book, Marsh says, for example, about 30-year-old woman who was diagnosed with “aneurysm”, the protrusion of the artery wall of the brain. The vessel may burst in the brain and kill him. However, optional: the woman may to live a happy life and die, as expected, already in old age.

In conducting such operations the risk of death is 5%.

The woman asked, as Marsh would have done himself. He replied that he would not agree to surgery, because at the time of the conversation, he was already over 60. According to the statistics, and so he continues to live not very long, and the presence of an aneurysm is unlikely to affect the duration of his life.

However, if the March was 30 years old, he would have made a different decision, reports the brain surgeon in an interview with Helsingin Sanomat.

“At the age of 30 years, I would agree to the surgery, but, of course, would be terribly frightened,” says Marsh.

Although the operation has its risks, knowing that the head is artery, which at any moment can burst very hard to live with. Most of it, fortunately, probably doesn’t even know. In Finland this has not broken the swollen artery in the brain there are approximately 100 thousand people, as evidenced by the Finnish medical reference Lääkärikirja Duodecim.

And whether the surgeon always strive for absolute perfection? Marsh tells in his book about one of his patient who was discovered to have a benign tumor. She slowly grew for many years and finally began to cause inconvenience in everyday life. If she was given to grow further, it would gradually kill the man.

During the operation March has removed almost the entire tumor, but he wanted to remove it completely. This decision was wrong: he hurt one vital artery. The patient lost consciousness.

“He never woke up. Now I saw its gray crooked body lying in bed. I would never in the world did not recognize him, if not enameled nameplate near the door,” writes Marsh in her book.

The decision to conduct the operation to take even more difficult when it must be done by the relatives.

Marsh tells the story of the cyclist who was riding without a helmet, and very much the accident damaged the brain. The man had the surgery, because it was the family.

Relatives make a decision about treatment if the person can’t do it. According to Marsh, in such cases, doctors must carefully select words about the risks and benefits of surgery.

“If the doctor says that without surgery, the person will die, and after surgery will be disabled, the family decides to conduct the operation,” says Marsh.

The problem, according to Marsh, is that family members hear the words of the doctor as follows: “do you love this person enough to care for him the rest of his days, even when he becomes paralyzed, crippled?”

“Actually, we have to ask them about the patients. There is virtually no chance that after surgery he’ll be back to normal life. He will remain paralyzed invalid. He wanted to live like this?”

Sometimes it’s better to give a man die, says Marsh.

Henry Marsh early in his career, learned from his own experience what pain and irrational behavior of relatives. March was a young father and newly minted doctor, when his wife called him at work. Their three children were sent to the hospital for problems related to the brain.

It turned out that the baby’s brain had a tumor. Marsh was furious when the operation was moved to next week. Then he was not a specialist in neurosurgery.

“I went home, where the eyes of their worried parents shattering the stool in the kitchen and vowed to sue the hospital if William and I, God forbid, something happens,” writes Marsh.

Later, when William was preparing a March of many hours my wife and I went to Central London.

“It was a useful lesson in later, as a surgeon, I am well aware of how hard my relatives of the operated patients.”

William was completely cured. But not everyone is so lucky. Years later, when the March was an Intern in pediatric surgery, he saw the child died from blood loss in the operating. The child had the same tumor as William, and the surgeon was the same.

Marsh believes that through personal experience he understands better than many how to talk to patients and relatives.

“However, most of the doctors said the same: that the communication is better than other. I don’t know how these conversations are held by other,” says Marsh.

In his book, Marsh refers to a self-critical and at the same time unashamedly proud of his skill. He’s not afraid to tell even the smallest details. For example, he draws attention to how annoying when other surgeons are trying to go to the staffroom neurosurgeons.

Marsh also talks about the attitude of the doctor and the patient. Assistants and nurses, in his opinion, more sympathetic to the patient, because the surgeon pushing responsibility and fear.

Marsh — man who has to inform patients and relatives about the fact that the operation was not as expected. He has to deal with their grief and hatred.

“Anyone other than a neurosurgeon, did not come to understand what it’s like every day (sometimes several months) to force myself to come again and again to the ward to see the man you made invalid to face face to face with his family, which once believed in you,” writes Marsh.

Of his errors, he also writes openly. After all, once he even insisted that the relatives of the patient filed for him in court. The operation went well, but the wound inflamed. Marsh felt that there was no danger, but it was different.

The patient remained paralyzed for life. Marsh realized that he had put on the phone to the wrong diagnosis.

“On Sunday morning, when I was working with a patient who needed urgent help, my cell, my husband called the patient. I took his words seriously enough and mistakenly took a severe infection minor inflammation. I in any case should not to diagnose based only on a telephone conversation, but I was very busy. In addition, for twenty years I have never encountered serious complications after such operations,” says Marsh, in his book.

Relatives filed in March in the court, and the family received compensation of six million pounds.

“In the end we have them — as though wildly it sounded, remained quite friendly relations. At least I think so. But I can’t expect that they had about me a good opinion, right?” writes Marsh.

In operating he rarely dealt with death. In his career of a doctor on the operating table died only four patients. Estimated neurosurgeon in the 28 years he spent 300-500 operations. Now March is officially retired but continues to teach, for example, in Ukraine.

The book opens March alien and frightening world. The reader also begins to think what decision he took, once in place the patient or the doctor. To do the surgery or not?

Some of the descriptions in the book are horrific, if you previously knew nothing about neurosurgery. For example, part of the operations now carried out in the awake patient. They say that this is handy, because during the operation with the patient can talk. Communicating during surgery, the March checks whether it caused brain damage.

Despite the tragic history, the General attitude of the book is not depressing, and even fun, sometimes even funny.

The office worker is funny thinking about the fact that the surgeon struggling with the same challenges as any man working with papers.

Marsh talks about the case where the patient was waiting with their relatives the MRI, but the password from it’s database was lost.

After running through the corridors of the hospital, it turns out the last password, “Fuck Off 47”. The password needs to be changed monthly. Figure 47 indicates that the database used in the hospital for 47 months ago.

Even neurosurgeons — just people who are easily offended and can do the illogical.

One would assume that the March certainly is the helmet during the Cycling. But it is not.

“I go slowly, carefully, sit up straight. The risk of accident is quite low, and even if I fall, it will fall on the elbow,” says Marsh.

Their children it is still advised to wear a helmet. Youth goes to sports bicycles, and the head is thus put forward.