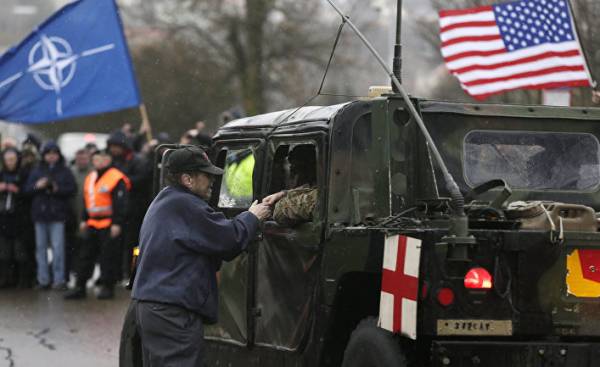 Yes, we should appreciate our membership in NATO and therefore have to go against the Russians. These words, which we must remember, occurred on 12 July 2017, with the rostrum in the Chamber of deputies of the Czech Republic. They said the actor and the Minister of national defence, member of the movement ANO’s Martin Stropnicky. Yes, it is absolutely impossible that we have not complied with their obligations and sent forces to the Russian border, as we are required. This was stated by the present foreign Minister lubomír zaorálek (Czech social democratic party) and the whole cohort of deputies from right parties (Christian Democrats, TOP 09 and ODS) he enthusiastically assented to and applauded.

Yes, all these happy and cheering the Lord sitting in the parliamentary seats in the Presidium of the chamber, right. But they do not suspect that it was at this point cease to be human and throw himself on the wolf’s skin. The skin of the herds that are being driven there, the Supreme need overseas Landsknecht, that is, on the border with Russia, Lithuania and Latvia. Well, Yes there! We betrayed HUS and Masaryk even when allowed the span of the aircraft for the bombing of Yugoslavia. So why don’t we continue to bring on? Since we once embarked on the path of lackeys and accomplices of crimes, then why should he go somewhere where we orientirueshsya worse? Why do we have to puzzle over who is right and who is eligible and who is lying and wants to take away someone else’s. After all, a hundred times easier to stand on the other side, where the crowd is bigger, and where trampled all of Europe, and in fact almost the whole world?

And what with the fact that now we have to stand under the gun against a country that half a century ago, snatched us from the clutches of the most brutal killers in history? Against the country, without a fight and the millions of victims which we would not exist, because the lives of our mothers and fathers or our grandparents would have ended there, killing the Jews.

Who of us today about it, pray tell, besides our own conscience, asks? No! Allegedly soldiers on the Russian border, sent in order that we protect the Baltic States against possible Russian strike. And this, as you all well know, a trap. It is quite clear: we go to the border to penetrate into Russia to reach Moscow, Leningrad, Siberia and so on. Live there damn Slavs are Russian, and we, Slavic drop in the German-Anglo-Saxon sea, too, have to March on them with anything that shoots and explodes (according to the decision of our Parliament on 12 July this year).

Why is there even going?

First, the Russians don’t want to listen to all the main transatlantic bosses. President Obama stated it all quite clearly: “We must (…) periodically to twist the hands of countries who do not wish to do what we want with them”.

But if that’s the umpteenth time Russia pretends that does not hear these words, or do not want to hear them, then we should not just twist her hands, and to cut them.

The second reason for which we, along with all of next year should approach the Russian border, across the Atlantic, too, do not stand on ceremony. And this cause several times announced such an important figure as Secretary of state Madeleine Albright. According to her, Russia has too many natural resources, and it is unfair. Another time Albright put it softer, saying that in the Urals too many natural resources to belong to only one country.

That is, you already know who is planning a treacherous attack on the border between Lithuania and Russia and Latvia and Russia? And it will be done with the participation of our army, and therefore our state, the people, that is all Czechs? For this 12 of July this year voted at the suggestion of our Czech government by the Czech Parliament. The Parliament, which we ourselves for their own benefit elected, and who, yesterday morning, maliciously and treacherously trampled is good.