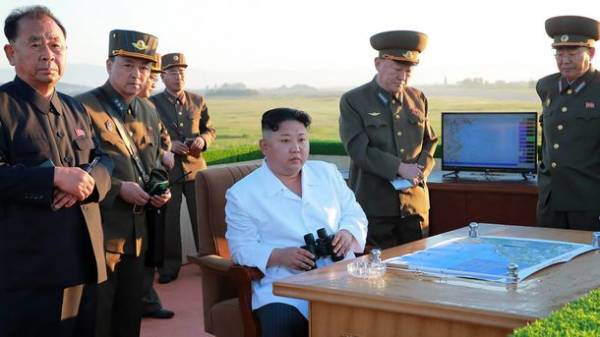 The DPRK announced it had conducted a successful launch of a ballistic missile that was aimed at testing the system precision guidance, reports Yonhap news Agency citing North Korean media.

It is reported that the rocket hit the intended target with a deviation of seven meters.

Earlier it was reported that North Korea carried out another missile launch in 5.40 Monday (23.40 in Kiev Sunday) on the East coast of the country from the area of the Wonsan city. The rocket flew 6 minutes, breaking 450 kilometers. The joint chiefs of staff of South Korea classifies the North Korean rocket as medium or short range type “Scud”. The rocket fell in the exclusive economic zone of Japan, 500 km from the island of Sado in Niigata Prefecture and 300 miles from the Oki Islands in Shimane Prefecture, the damage to Japanese sea and air vessels are not fixed.