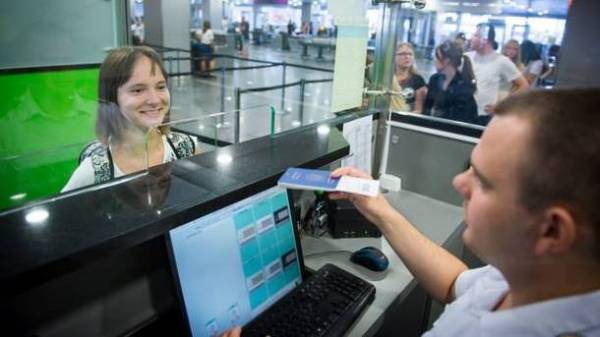 President of Ukraine Petro Poroshenko said that the benefits of visa-free regime have already used 100 thousand Ukrainians. About this he wrote in Facebook.

“I am happy that more and more Ukrainians take advantage of travel and see firsthand what the European Union, where Ukraine is heading and what the future struggling of the young Ukrainian state. Ukrainian passports – it’s cool,” wrote the President.

On his page published a photo of a Ukrainian, which became a hundred thousand citizen of Ukraine, taking advantage of a visa-free regime.

As yesterday told the President after the summit Ukraine-EU, Ukraine visa-free regime with the EU is “the last “goodbye” of the Russian Empire and the Soviet Union”. He also recalled that on 11 July the Council of the European Union concluded a multi-year marathon for the ratification of the Association Agreement.