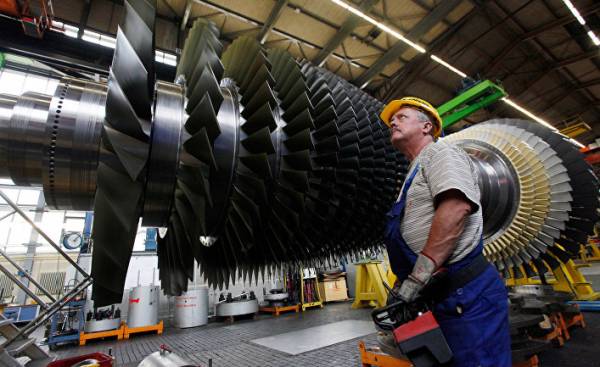 It has been exactly ten days since then, as Vladimir Putin declared the annexation of the Crimea in pompous celebration in the Kremlin, then Joe KAESER (Joe Kaeser) were sitting with the Russian President in his Moscow residence. Chief Siemens have designated this meeting as “a visit to one client,” as if Economics has nothing to do with politics. Long-term planning it is impossible to be guided by short-term turbulences. Under “short-term turbulences” meant the first forcible occupation of territory in Europe since the Second world war.

Since then it’s been three years, long-term planning has become a reality. In the Crimea was built two power plants. Soon we will install Siemens turbines. Two of them have already arrived in the port of Sevastopol, the other two are still waiting for — a clear violation of sanctions. European Union, USA and other States banned in 2014 to conduct business in the annexed Peninsula, as they did not want to answer violence with violence, but Moscow still had to pay for violating international law.

The German economy joined in this decision. Although German companies will suffer from this, said the then President of the Federal Association of German industry Ulrich Grillo (Ulrich Grillo), but the damage will be “more than compensated if we can fix in General, international law in Europe and legal principles”. Legal security is a prerequisite for a prosperous economy.

A small group of firms were of a different opinion. First of all, energy companies that actively operate in Russia. And Siemens. Many came from the experience that personal contacts matter more in Russia than formal rules. Therefore, they warn that these contacts must not be harmed. Did also Joe KAESER and his boss in Russia Dietrich Moeller (Dietrich Möller). In numerous interviews they stressed how harmful these sanctions. And then assured that, needless to say, they respect the priority policy and strictly adhere to all obligations. Today, enhanced by a suspicion that behind it is more than just a desire to conduct a different policy.

With open eyes entered into the Siemens contracts in respect of which the responsible person would need to know that they can bring the firm to the conflict over sanctions obligations. Apparently, in the hope that it is really only about “short-term turbulences”. However, the clearer it became what was coming and that everything predicted in advance, the more I grew nervous atmosphere in the group.

In 2015, Newspapers Ukraine, Russia, and Germany have extensively described the scheme as equipment can get into the points true purpose in Sevastopol and Simferopol. Construction there has been a rapid pace, while at the Taman in the southern region of Russia, which was named in the contract destination, to the construction and not started. Also technical description of the projects intended for Siemens equipment. It had to admit all who have not closed their eyes and plugged ears. However, Siemens stubbornly repeated that these treaties comply with export regulations.

Siemens should not portray such a surprise

Now that justified all the warnings and there were facts, Siemens is showing surprise. Russian, they say, violated the agreement. Want to sue. 160 years of experience in Russia would be sufficient to know what are the chances of such a process.

Siemens is not any concern. This name is synonymous with German engineering and the German economy. Turbines in the Crimea — this is not some bootleg exhaust. Power plants are used to make the Peninsula independent from energy supply from the Ukrainian mainland and thus to cement the annexation.

Still, all member States voted for every extension of the sanctions, though with noticeable discontent. If a leading German company just bypasses the bans without any consequences, for the Chancellor in the future will be difficult to demand solidarity from other members. If, KAESER indicates a long tradition, it shouldn’t forget about the sense of responsibility that is associated with it. In March 2014, he campaigned for it to quickly forget a fundamental violation of the rules as a result of the annexation of the Crimea. Now he acts surprised about the fact that the Russian state enterprise violated the treaties. Ulrich Grillo could explain to him what is the relationship. 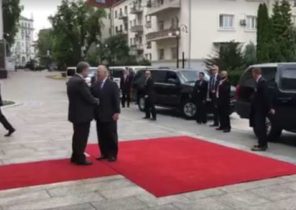