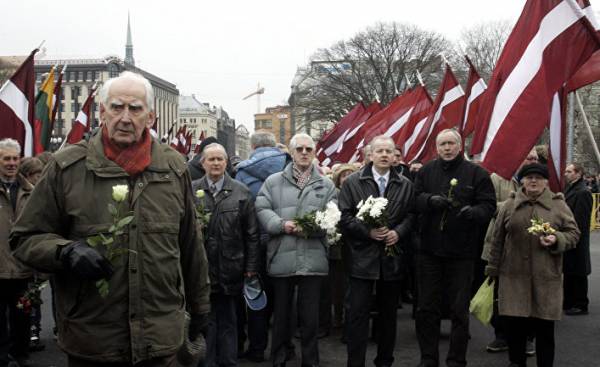 Jokes are good because life definitely confirms their innocence. 4 Jul dear speaker of the Latvian Saeima Inara Murnietse has acted the role of climate kolomiytseva the subject of satirical songs by Alexander Galich early stagnation.

…Advanced worker and social activist off from the holiday table, so he gave a speech at an antiwar rally. The usual thing, but leaving the podium, he was horrified to make sure I got the text written for another person. Too late to retreat, and he with his usual fervor broadcasts: “Israel — say — military known around the world! As a mother — I say — and as a woman require them to account! That year I was widowed, all the happiness of the past. But I stand ready for peace!”.

In the song, except the hero, no one noticed the apparent inconsistency of the text of the speech with the image of the speaker. Murniece (Inara Murniece, the Latvian politician, in 2011, elected to the Sejm from the National Association “All for Latvia!” — “For Fatherland and freedom/LNNK”, in 2014, elected Chairman of the Saeima of Latvia-approx. ed.) was less fortunate: from what was said at the meeting in memory of Holocaust victims, the press got only her words: “the Holocaust reminds much can lead purposefully fomented at the state level intolerance.” And really — by itself, the idea absolutely fair. But in the mouth of the most high-ranking representative of Latvian nationalism, it sounds even more ridiculous than the speech of Klim Petrovich on behalf of the widow.

What kind of state the speaker says? About Germany? But as of July 4, 1941 the German authorities in Riga stood incomplete for three days, and the synagogue, together with worshippers burned Latvian nationalists, not German. About the Soviet Union, under whose control was formally Latvia? But with all the sins of the Stalinist regime he ethnic intolerance in the early 40’s is not preached.

There is only one option — Latvia. And rightly so: the generation of the Nazis, gleefully embraced the invasion of the Nazis and began to kill people without the direct command of the new government have brought up is the Republic of Latvia. Particularly successful in this ruling in the last six years of independence, the regime of Karlis Ulmanis. The main ideologist of the regime was the Minister for Alfred Berzins. It was his idea of a “Russian lice” recently enthusiastically quoted in the official party newspaper colleague, Murniece of the party and faction in the Sejm Edvins Snore.

I don’t know if Murniece handed in a speech prepared for someone more liberal, or she had the hypocrisy to condemn that is the only content of the ideology his own party. But fair words do not lose their equity, even if they said such an odious figure as Inara Murniece.

So what was intolerance, fomented in pre-war Latvia at the state level? Well, not every day was compared with lice foreigners our domestic Goebbels! And the most coherent of the Latvian Nazi organization “Perkonkrusts” even imprisoned — in a totalitarian state punished any independent political activity, regardless of its ideological base.

It turns out that it was enough obsessive propaganda of the national state, Latvian Latvia. Parallel there directly not declare the discrimination of foreigners in the form of gradual closure of schools, institutions of culture, marginalization from any public service. It was enough to ensure that the masses of Patriotic citizens aware of their privileged position before people of other nationalities.

Similar processes took place not only in Latvia. And if we look at the map of Europe, it is in the latter-day nation-States of the East its population especially zealously participated in the murder of Jews, often without any external participation of the Nazis, and sometimes before their arrival.

Moreover, the intolerance could not be proclaimed even at the state level. The organization of Ukrainian nationalists (of extremist and banned in Russia organization — approx. ed.) in Poland was banned, that does not prevent her to be very popular among the people. In its official documents, it was recorded that the enemies of the future of a free Ukraine are “Jews, Muscovites and poles” — and Ukrainian nationalists killed Jews with the same zeal, and Latvian.

Of course, for three quarters of a century the situation has changed, nationalist propaganda relented, at least once a year, have to say a fair word about the victims of the Holocaust even such as Murniece. A direct assertion that people are wrong origin can be humiliated, I’m not saying that killing is, today, a sign of marginality. And the same Schnoor chided the Commission of the diet on ethics.

I was much more upset that if for the wrong nationality to not offend the wrong beliefs still serve as an excuse for hatred even among those who sincerely consider themselves intellectuals. In this respect hartery article by theater critic Silvia Redtobe.

After learning about pearl Schnoor, she condemned him on Twitter. And was stunned by the fact that most commentators defended the Deputy. An article about what wrong are those who support the Schnoor. Of course, it is good what is the Latvian intellectuals who don’t like it when citizens compare with lice.

But the reasoning of the author leaves much to be desired. The main objection lies in the fact that a politician indiscriminately insulted all Russian — both good and bad. But perhaps few among them are sincere patriots of Latvia! Sympathetically quoted one offended — say, I went to a Latvian kindergarten, school and University, and I still louse called — what a disgrace… His citizenship, the author expresses in the epilogue with this phrase: “I believe that in Latvia have the right to live and feel safe all loyal to our state people of different nationalities”.

So, loyal lice can not be named. It remains to decide what to do with disloyal. For example, Vladimir Linderman, who has raised controversy because of the statements Schnoor. Don’t know how self evaluates himself Vladimir, but in the Latvian mass consciousness, it is certainly one of the best examples of disloyalty to the state. Probably call him a louse Ms. Rajabi will not — unlike Schnoor, she educated people. How about “the right to live and feel safe” in Latvia?

And it’s very serious and very dangerous. Probably, today in society a lot more people who are confident that for the wrong nationality to not kill than it was in 1941. But the wrong political beliefs to this day still am in the eyes of many a sufficient excuse for abuse and ostracism.

By the way, the Holocaust in Latvia is also explained by the disloyalty of the Jews. Let the grounds for such accusations was that the Jews as a whole more favorably embraced the Sovietization of Latvia than Latvians. And why did they have to do otherwise? If Latvia is building a nation state, and therefore, people of other nationalities feel discriminated against. And what makes them state this to love? And how to forbid them to rejoice, that the state ceased to exist?

Modern Ukraine killing people for disloyalty delivered to the stream. Army shelling was ruled by the disloyal citizens of the city, killing of these citizens, not the mythical invaders, the thousands. And killing not only the rebels but also civilians, including children, the logic is the same as in the Holocaust. And special disturbances in the world it is not — because it is recognized that the state has the right to kill its people in the name of preserving territorial integrity.

Fortunately, in Latvia nothing like this happens. But a year ago the BBC showed a fantastic film about a separatist uprising in Daugavpils, developed into a serious war. And among the many outraged comments saying that this can never be — I did not see the most reasonable and humane: “Well, not the Latvian army to fire on their city of Daugavpils”. I’m afraid that in society there is a consensus of the separatists should be killed. As is done in Ukraine.

…When Murniece pushed his speech, I was in the crowd at the rally was talking quietly with a friend — well, not seriously listen to the politically correct platitudes of the officials, repeated from year to year. Still a phrase heard her, we have pozuboskalit. And now better understand why do we need such events — thanks spikers.

The Holocaust is probably the worst mass murder in the history of mankind. And he, like a spotlight, shines through our lives, showing what might be the risks of a repeat of the tragedy. Life has changed, many of the conditions that existed at that time already never will be — for example, man-hating mode, aiming directly mass killings along ethnic lines and established one of the leading powers of the world.

But some risk factors remain, and they must be constantly reminded. For example, the fact that the national state with mixed population certainly fraught with “deliberately fomented at the state level of intolerance.” And that this intolerance is extremely dangerous — not only to foreigners but also to the dissenters. And the main thing — that human life is of Supreme value, more important than the existence of a state. 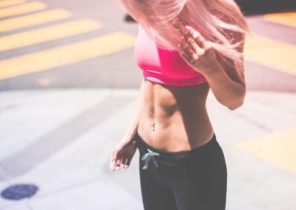