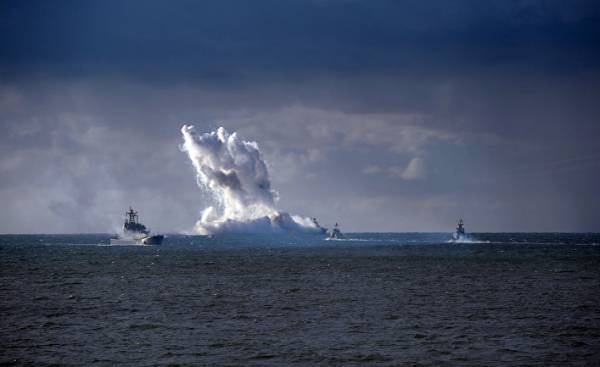 It seems that the saber rattling and conflict is far from idyllic little streets of the medieval Swedish town of Visby on Gotland island. However, these themes actively rise, when the cream of Swedish society going at the political week in Almedalen a local Park.

Again this year discussed the aggressive actions of aircraft in the sky over the Baltic sea. Sweden and Russia exchanged a few eloquent phrases about the June incident.

Then a Russian fighter jet flew so close to a Swedish reconnaissance plane that had to stop their tasks because of security threats.

“Forgive me for the rough Swedish, but what the hell did the Swedish spy plane four miles (40 kilometers) from Kaliningrad? (…) I believe that this question remains unanswered,” said Russian Ambassador to Sweden Victor Tatarintsev Swedish newspaper Svenska Dagbladet.

The conflict occurred in international airspace. Earlier Tatarintseva caused this issue in the Ministry of foreign Affairs of Sweden. Now the Ambassador gave to understand that Sweden is provoking Russia.

“And how else it could be perceived? If a country is not a member of any military unit, sending its spy planes to the Russian border? We own reconnaissance aircraft to the Swedish border not sent”, — he answered the question.

According to the Swedish newspaper Dagens Nyheter, Russian intelligence still at least once was in international airspace between the Swedish Islands of Gotland and öland.

Supreme commander of the armed forces of Sweden Mikael Boden (Micael Bydén) reacted to the statements of the Ambassador is very critical.

“It’s important to remember what was going on. We are talking about Russia, which does not comply with international agreements. This illegal annexation of Crimea and military actions in Eastern Ukraine, and the destruction of the European security system. This is a problem. The burden of proof is on Russia”, — said Boden Helsingin Sanomat.

“The Russian Ambassador in Sweden, he is responsible for his words and for his reaction. But we are interested in Russia and its actions. By violent methods and actions is noticeable that the threshold for the use of military methods to achieve political goals has decreased”, — he said.

Relations between Russia and Sweden over the years considerably deteriorated. The media are a severe hassle.

Relations became worse after the annexation of Crimea to Russia in 2014. Sweden and Russia for many years has maintained relations at a high political level, can not be said about Finland and Russia.

Official relations are trying to improve. The Ministers for foreign Affairs Margot Wallström (Margot Wallström) and Sergey Lavrov met in Russia in the winter. Sweden and Russia have maintained relations in the UN Security Council.

The Minister of defence of Sweden Peter Hultqvist (Peter Hultqvist) sharply commented on the words of the Ambassador of Russia in Sweden.

“In international airspace you can fly, and we do it. In this situation Russia has created a problem. They flew very close to our plane, and there is a threat to security,” he told Helsingin Sanomat.

“No matter how he swears. In this case, the decisive factor is the international norm.”

Professor, National defence University of Finland (Maanpuolustuskorkeakoulu, MPKK) Engelbrekt Kjell (Kjell Engelbrekt) believes that Russia’s actions and the tone of statements can cause damage to the relations of Sweden and Russia.

“There is a risk that something will happen that will affect our relationship. I think that in recent months, Russia wanted to break out of the isolation in which she found herself. If the Russian military forces behave in a similar way, it does not improve prospects for cooperation”.

On Gotland also raised the topic of military exercises in the Baltic sea in late summer and autumn. The largest over the last 20 years the Swedish doctrine of Aurora will conduct the second half of September. The exercise will involve more than 19 thousand people, including the representatives of Finland and the United States.

“We, on the other hand, do not take any steps that could worsen the international situation. We are working on the scenario, which Sweden may be in a crisis situation and will provide their defense. It is our every right,” said Hultquist.

He said that Sweden has invited the international group of observers, including from Russia and Belarus. He hopes that Russia will come in against the teachings of the “West”.

In Sweden there are a lot of warnings about attempts to influence and disinformation in connection with the exercise Aurora. Commander of the armed forces of Sweden Boden says that such attempts have already been seen. On the Internet there are messages about exercise and their goals, which are contrary to the position of the defence forces.

“We can say that there is misinformation. It is hard to say whether it is libel or attempts to exert influence,” says Buden.

He doesn’t want to clarify which information is disseminated.

“Some people want to spread information about what it supposedly is about the NATO exercises. This is not so. We are talking about the teachings of Sweden. This is one of the positions, which gives rise to incorrect conclusions,” says Hultquist. 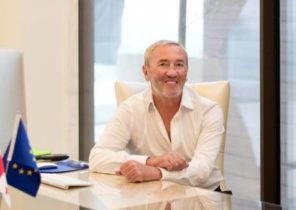