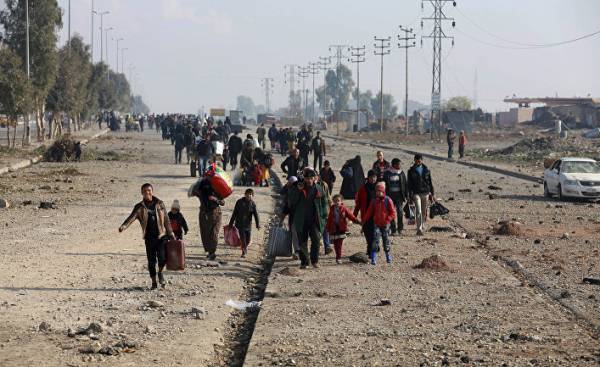 The real meaning of the word “mafia” the world has learned from the Italian mafia in America. The Italian mafia, which emerged among the immigrants from Italy to USA and soon grew for a long time was a disaster for this country.

The real meaning of the word “mafia” the world has learned from the Italian mafia in America. The Italian mafia, which emerged among the immigrants from Italy to USA and soon grew for a long time was a disaster for this country.

For almost a hundred years of American security forces try to cope with this scourge. Of course, about the Italian mafia, we know only from movies. The famous al Pacino even made us fall in love with it!..

You ask how the Italian mafia is connected with us? Of course, in any way. But now in Turkey are going through similar social processes. Only Italians in these processes, no!

Have the Syrians. In recent months, the refugees who were forced to seek refuge in Turkey because of the war in their country face a violent reaction in the society.

Why the Turks, who were always a model of charity, now so overreacting? Street fights with the Syrians, and the burning of the houses of Syrians and many examples. The main reason for this reaction — mafia education that occurs among some refugees.

Especially in Istanbul, the Syrians work in construction and similar fields. They begin to work in the collection business, as, for example, in the sphere of debt collection of checks and promissory notes.

Moreover, they do this not for so much money. Just a robbery is almost in Vogue for Syrian youth. Young Syrians join in groups, beat up, intimidate people for money and go to many more other mafia actions.

Turkey, unfortunately, only opened its doors for Syrian migrant workers, not giving them education. And now tens of thousands of Syrians on the street are unemployed and are in a half-starved condition.

That is, they undertake any work. The main problem in this. A hungry man capable of anything. And nothing can be done, if Turkey as a European country, gave millions of Syrians money and shelter.

In these circumstances the Syrians themselves trying to find a way out. In the near future the problem of Syrians will become even more accentuated.

Along with that, how was the birth of the Italian mafia in America, the Syrian mafia in Turkey can grow. The country is experiencing a serious crisis related to the payment of cheques and bills of exchange.

This crisis might be the occasion for the further growth and influence of the Syrian mafia. Currently its impact is observed at the level of small traders and debts. But every day it may increase.

Street fights, burning of houses and workplaces — the only public reaction to all this. After some time, when the Syrians will gain more influence, things can change. How Turkey will to fight the mafia, which even America can’t cope for a century?

These people who roam the streets with the philosophy of “people without money — the junk man” should definitely get an education and a job. As with the unemployment rate in Turkey at the level of 12% to find work for these people is, of course, a separate issue.

In the country the youth unemployment rate reached 25%. A significant proportion of Syrians in Turkey are young people, and when we include them in the number of unemployed, it turns out the army of unemployed youth population of 30% or even 35%.