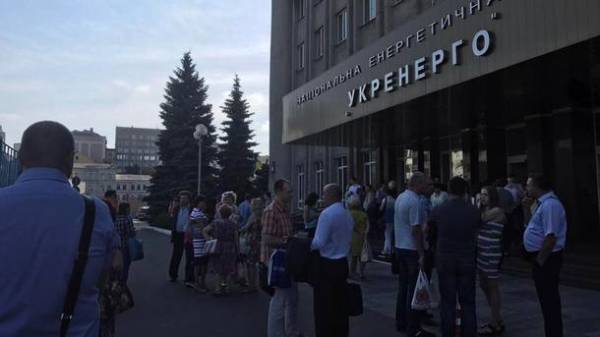 In the premises of NEK “Ukrenergo” on the morning of 12 July is being searched. This was reported by the press service of the state-owned operator of the United energy system of Ukraine.

“In the morning we came to the General Prosecutor’s office searches”, – stated on the official website of “Ukrenergo” in Facebook.

As reported by the Director of communications and international cooperation of the company Mikhail BNO-Ayriyan in the comments on his page in Facebook, “Ukrenergo” knew that these searches are planned.

Law enforcement bodies this information have not yet commented.

According to the company, employees are not allowed on their jobs, “the Situation is extremely tense,” – said in “Ukrenergo”.

As reported, in late June, “Ukrenergo” signed the agreement on accession of Ukraine to the energy system of Europe.