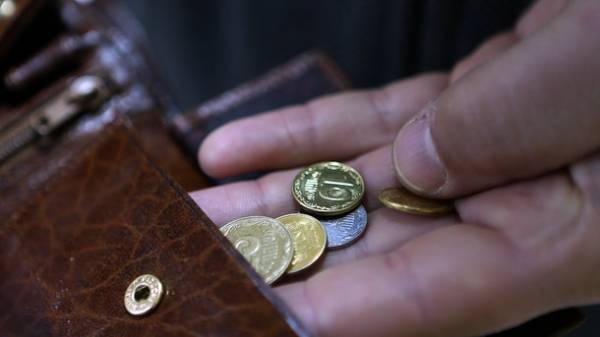 Inflation in 2017 may exceed the budgeted forecast of 8.1% and compared to last year. This opinion was expressed by a senior analyst at GK Forex club Andrey Shevchishin.

According to experts, in the second half of 2017, inflation will slow, but the main growth of prices was formed in the first half of the year. However, if deflation in July and August will not happen, it will accelerate the annual rate of inflation, warns Shevchishin.

“Inflation for the year may exceed the budget forecast, and to reach 11,5-14,5% amid rising prices for food and regulated tariffs in the first half of the year. Strengthen the inflation fluctuation rate below 28 UAH per dollar, which reflects the rising cost of energy and fuel”, – predicts Shevchishin.

The depreciation of the hryvnia to 27.5 – 28 UAH per dollar, and more, in his opinion, will put pressure on prices of imported goods, since the revision in energy prices and fuel will fall on the final consumer. In addition, the global price situation on the market of oil and gas can weaken and strengthen this trend.

Increase of pensions and salaries will only slightly affect inflation, he said. If the market is trying to warm up speculative prices, but end-demand will be low, speculative growth will stop, says the Shevchishin. Increased pay, he said, will then be used to pay for public services, while reducing the level of subsidy.

We will remind, the annual growth of consumer prices in Ukraine in the first half of the year reached the highest level among the countries of Europe and CIS countries – 15%. The current figure is twice as high as in June 2016, exceeding the refinancing rate of the NBU (12.5%) and the budget benchmark at the end of the year.

Average inflation in most countries of Europe is 1.8%, in the CIS countries is 7.3%. High growth rates of consumer prices were also noted in Azerbaijan (13.8 percent), Turkey (10,9%) and Tajikistan (8.7 percent).