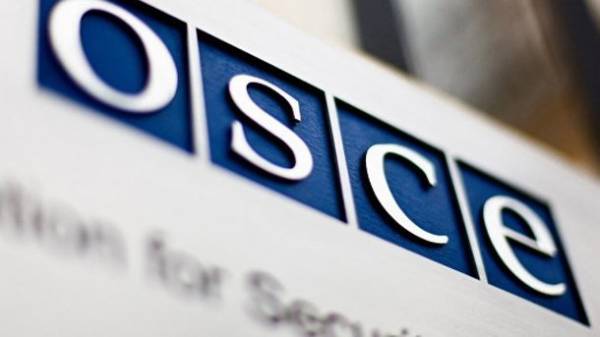 The OSCE parliamentary Assembly (OSCE PA) at the 26th annual summer session, which was held 5-9 of July in Minsk, following the results of meeting included in the final statement of the summer session two resolutions on Ukraine, with condemnation of the ongoing hybrid of Russian aggression.

This was reported in the press service of the OSCE PA.

In particular, today in Minsk adopted a Declaration with recommendations to national governments, parliaments and the international community in promoting policy-making in political and economic issues, security issues, human rights and environmental protection.

In addition, the Minsk Declaration, included two resolutions which referred to the situation in Ukraine.

So, in the text of the resolution “Strengthening mutual trust and cooperation for peace and prosperity in the OSCE region” says the Assembly “calls for the cessation of hostilities in Ukraine, the full withdrawal of heavy weapons by both parties.”

However, the OSCE PA “condemns the many serious instances of pressure, harassment and intimidation of observers from the SMM along with the cases of intentional destruction of property of the OSCE in certain districts of Donetsk and Lugansk regions under the control of the Russian hybrid force, and urges the Russian Federation to take practical measures to ensure appropriate security conditions for the SMM in order to prevent further escalation of the situation”.

In addition, the OSCE PA calls on Russia to remove all restrictions and remove other barriers that impede the freedom of movement of observers from the Special monitoring mission in Ukraine and the exercise of authority under the mandate.

The Assembly “calls upon the Russian Federation to refrain from aggressive practices and to cancel the decision on the illegal annexation of the Autonomous Republic of Crimea”.

The text of the resolution “Recovery of the sovereignty and territorial integrity of Ukraine,” said OSCE PA “reaffirms its condemnation of the temporary occupation of the Autonomous Republic of Crimea and city of Sevastopol by the Russian Federation and a hybrid of the ongoing Russian aggression against Ukraine in the Donbas.”

However, the OSCE PA “urges the Russian Federation to stop sponsoring terrorist activities in Ukraine through a flow of militants, money and weapons to the government through uncontrolled section of the Ukrainian – Russian state border and to stop providing any support to illegal armed groups in certain districts of Donetsk and Lugansk regions of Ukraine, who are committing terrorist acts in Ukraine.”

In addition, the Assembly urges the Russian Federation to cancel their decision on the recognition of the so-called “documents” (passports, driver’s license, birth certificates etc.) issued by the illegal structures in individual districts of Donetsk and Lugansk regions of Ukraine.

Also the OSCE PA demands to cancel the decision about the full introduction of the Russian currency in the temporarily occupied districts of the Donbas and return of captured Ukrainian local, public and private economic entities under Ukrainian jurisdiction. 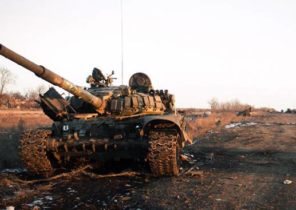