The population of Russia grows old and lives longer than ever before. At the same time this means that more and more pensioners. We don’t have so much focus on the young, and to take into account that in the future the majority of active people older than 50, researchers say.

On the frosty streets of Moscow, near Danilovsky market with its delicacies, full of happy pensioners. Everyone I talked to for a very long time worked before becoming pensioners really.

— I all life worked at the Shoe factory, and after retirement, became a cleaner in a factory canteen, says 86-year-old Maria Ivanovna with pleasure. — At the factory and is still very well take care of me, helping me with food and rest. I live in a communal apartment. I grew up in an orphanage, she says to me confidentially. — Then came the war and our city burned, and I got a Shoe factory. Everything turned out great.

Blue eyes glisten and his lips slightly painted with lipstick. Cold, it seems, quite terrible this 86-year-old lady, who without a shadow of a doubt tells me the whole story of his life in half a minute after they met.

— I believe that 54-year-old woman is now very youthful and energetic, — the teacher speaks Irina Krapivina, the next woman I met. — I will retire next year when I’m 55, but I still have the strength to continue to work. I hope I will work for another 10 years at least!

— I do not feel like a pensioner, although long since retired, in his turn, says Anatoly Osovitskaya, University Professor of physics. — But in my work, age is not important.

He has to think a little before he answers the question about how much he had worked after retirement.

— It is necessary to calculate… So, 12 years already.

In the new year, the retirement age was raised

In Russia, everything is normal. Due to the fact that the retirement age has long been very low, 55 for women and 60 for men, most people continue to work after retirement, as if nothing happened.

People just have to work on the old place. This year the pension age has increased to 63 years for women and 65 years for men. The reform will fully come into force by the year 2032.

— Today every third Russian is retired. Soon Russian society will come down to what will work only every second, and the other half of the population will be contained, says political analyst Ekaterina Shulman. — Can not cope with this economy, so the pension system and production methods should be reformed.

— In addition, we should change your perception. In the 1900s, everybody loved the youth who were the future. But we should not focus on the young. We live in a world where most of the active people over 50.

Moscow is a fantastic example of this. Officially in the capital lives a little more than 12 million people, but food is bought every day by 20 million.

This means that millions of people work for “black” wages, without paying any taxes. Here, there is enormous scope for exploitation.

Vakhshtein, a well — respected sociologist who works including at the Institute of sociology in Moscow and the Moscow branch of the University of Manchester.

They legally can to pay less. Everyone knows that they are unlikely to find another job. So the economy becomes antisocial, even though it looks like we have a huge social mechanism. But we see under our schemes for the Eurobarometer that every second Russian agreed to receive a salary in an envelope.

Life expectancy in Russia is gradually increasing. However, it is still much lower than for men living slightly more than 65 years of age than for Russian women who live on average 76 years.

That is why is actually only now, many Russian men have begun to experience its own retirement age, says Viktor Vakhshtein.

— If Russian man is retiring, that means he was damn lucky, says Vakhshtein.

Agree with him and Catherine Shulman. After 45 Russian men begins a dangerous life. Kill them, they drink too much, dying after his release in prison, as well as due to accidents at work or poor treatment in hospitals. All the violence in society influences men’s mortality, says Shulman.

— Due to the fact that women live longer so there are places that resemble a kind of ghetto where I live, only older women, says Vakhshtein.

— For a long time the average voter is a woman aged 40 years, says Ekaterina Shulman. — This has implications at the political level, which should be considered by those in power.

It’s not the people who are interested in wild political protests or aggressive foreign policy. All of which make them only apathy.
People are concerned about rising prices, high cost of food and various social issues.

The political machine is preparing to meet the presidential election in 2018 and to use the experience of last year’s parliamentary elections. The result seems to match the idea. Electoral turnout in the cities was extremely low.

But we do not have the tools that are used in democracies in order to establish communication between the political authorities and society, that is, democratic elections, free press and independent civil organizations. Therefore, the political elite are not particularly aware of what’s going on. 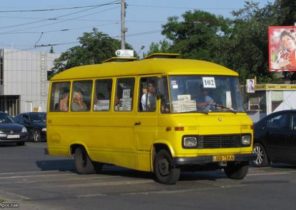